The assistant coach pleaded no contest after being caught with an apparent blood alcohol level more than twice the legal limit. 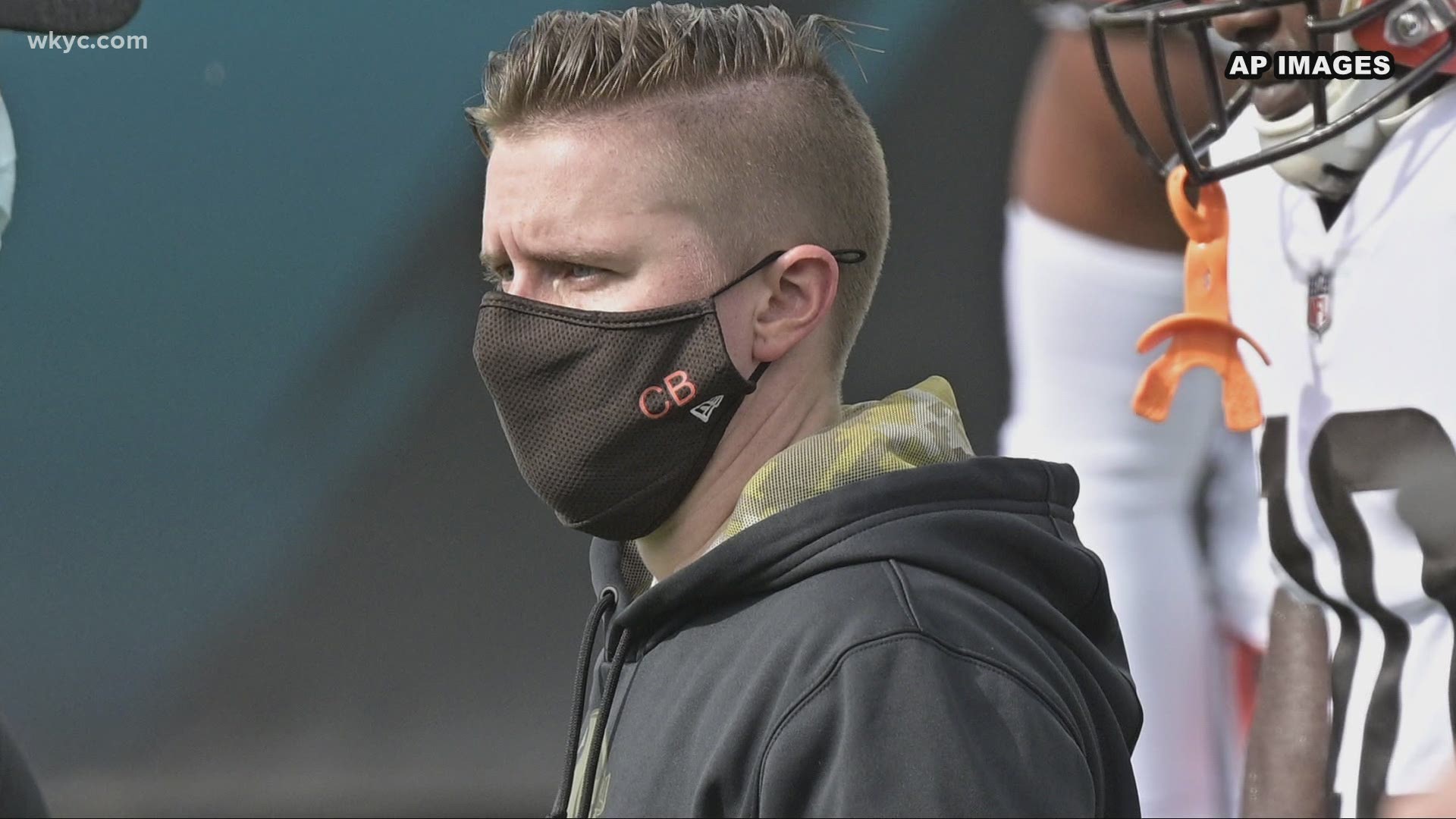 CLEVELAND — Browns chief of staff Callie Brownson has pleaded no contest to charges of operating a vehicle while impaired (OVI) in Medina County, 3News has learned.

According to court records, Brownson was pulled over for speeding back on May 27 in Brunswick, where she lives. Police later asked her to take a breathalyzer test and she blew a .215, more than twice the legal limit.

Brownson was scheduled to be arraigned Tuesday afternoon in Brunswick Mayor's Court, and by Ohio law, her no contest plea will be treated as a guilty verdict. The judge slapped her with a $700 fine and she will likely have to take part in a three-day drivers intervention program in lieu of jailtime, but she will apparently keep her license.

"We aware of the incident and are extremely disappointed that a member of our organization put themselves in this situation," the Browns said in a statement confirming Brownson's arrest. "We take this matter very seriously and will take the appropriate disciplinary actions."

The 31-year-old Brownson was hired prior to last season as the first full-time female coach in Browns history, and later made headlines when she filled in for tight ends coach Drew Petzing to become the first woman ever to coach a position group during an NFL game. She was part of a staff that led Cleveland to an 11-5 record and its first playoff victory since 1994.

3News' Stephanie Haney spoke with Brownson back in March:

The Browns are scheduled to begin their latest round of OTAs on Wednesday. Head coach Kevin Stefanski is expected to address the media, and will undoubtedly be asked about Brownson. The NFL has not yet indicated if Brownson could face discipline under its personal conduct policy.