The mood of the city and the country can only be described as a combination of shock and awe. 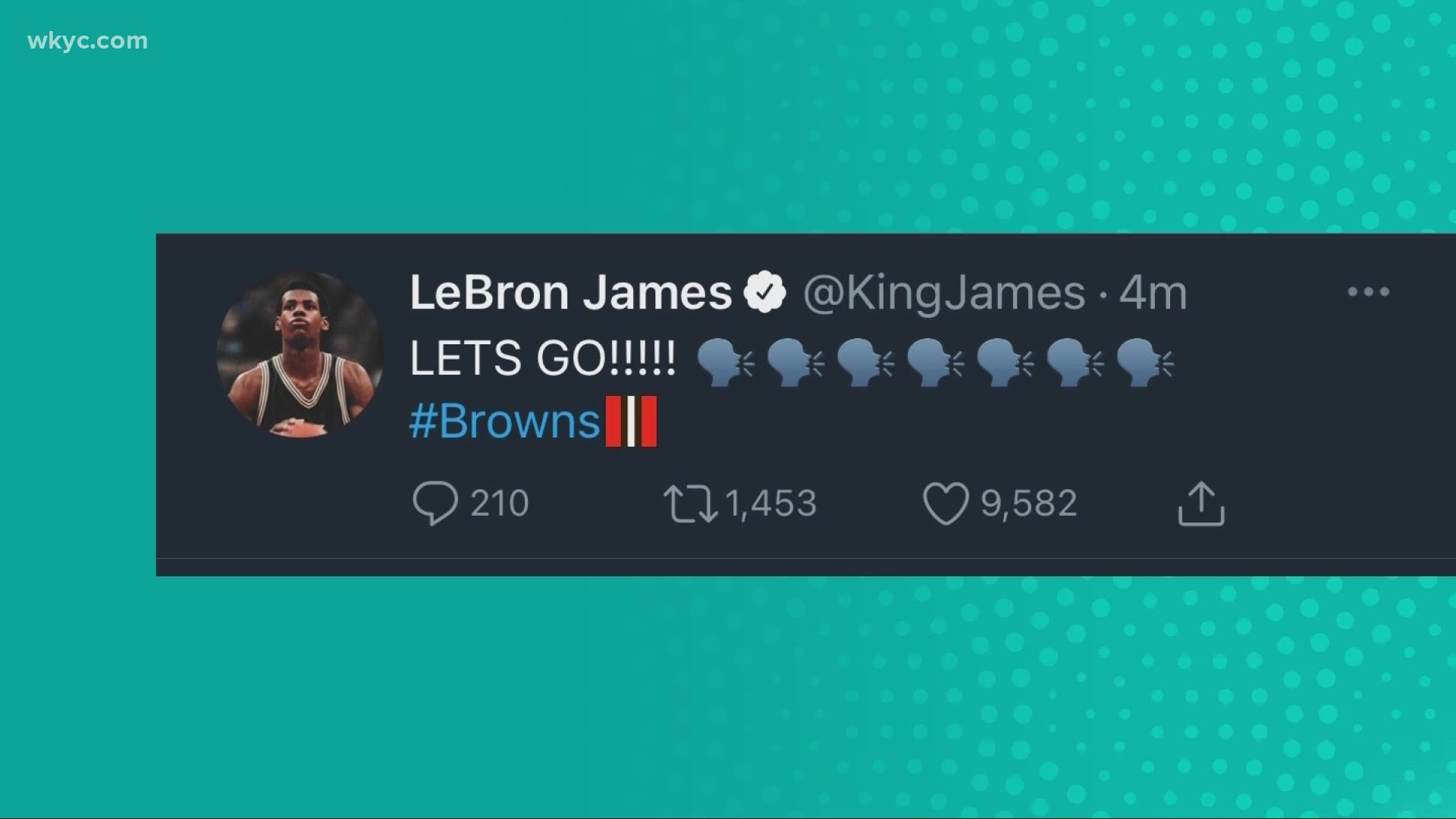 And why shouldn't it be? It's always fun when the Browns beat the Steelers, but when they beat them for their first playoff win in 26 years. Hoo boy...

The mood of the city and the country can only be described as a combination of shock and awe right now following the team's 48-37 triumph in Pittsburgh. It earns them a date with the top-seeded Kansas City Chiefs next weekend, with the winner advancing to the AFC Championship Game.

Social media is on fire as well, with Browns players and fans as well as national analysts are giving their opinions on the stunning result. For their part, the team is taking aim at Pittsburgh wide receiver JuJu Smith-Schuster, who referred to them earlier in the week as "nameless gray faces."

The Browns trolling Juju in the locker room 💀💀 pic.twitter.com/9pDuBrLiDR

The Indians got in on that fun, too...

LeBron James, perhaps the most famous Browns fan in the world, summed up all of our feelings with two simple words:

Receiver Odell Beckham Jr., unfortunately out with a knee injury, is anticipating a party on the lakefront.

Somebody gotta show me the streets of Cleveland right now!!!! Beyond special

The Cleveland Division of Police is celebrating, but reminded residents to do so responsibly.

Congratulations to our amazing CLEVELAND @Browns on the playoff WIN!!! 🔥💥💯

Also - a reminder that celebratory gunfire is both illegal and extremely dangerous. 🚫🚫🚫❌❌❌

Not everyone listened, though...

Comedian and Rhodes High grad Drew Carey was glad to have a few enjoyable hours after a tough week in America.

Actor James Caan congratulated his assistant, whom he gave grief to back in November when the Browns were first getting hot.

My assistant just called me and although I couldn't get him to admit it, I'm pretty sure he was crying. Congrats @Browns End of tweet

Legendary quarterback Bernie Kosar is already gearing up for next week's showdown at Arrowhead Stadium.

WWE stars "The Miz" and Johnny Gargano are literally jumping for joy.

Here are some more great reactions for personalities and fans alike:

No head coach. No Bitonio. No Vernon. No doubt. America’s Team #Browns

@WKYC Its about time we take down the Steelers. Its been horrible dealing with Covid19 and now at least we have something to smile and cheer about.#loveCleveland #DogPound #Browns

I live in downtown #Cleveland and right now there are several car horns going off & plenty of people screaming/chanting/barking! We’re still under curfew, but some just have to celebrate in the street! #Browns #3browns @Browns @wkyc pic.twitter.com/DLKgdB8Njk

And he couldn't get off the bench to be a good sport. pic.twitter.com/dnkiVenS9K

Victory Sunday!! I promised @wkyc viewers if the @Browns won tonight, I would do a weather forecast in a #Browns jersey. I need to ask my manager for approval for that. @BetsyKling Help!🤣 I need to get a @Browns Jersey #Cleveland #Pittsburgh #PittsburghSteelers #PITvsCLE #NFL pic.twitter.com/aHFVW6ouBp

Baker Mayfield on the Browns being counted out against the Chiefs: "Sounds pretty normal to me"

Look: I want few things more than to see the #Browns in the Super Bowl.

But I also want to be clear: no matter what happens next week or beyond, winning this game, after the season they’ve had, after the year *we’ve* had...

I will never forget this game.

Both Lamar Jackson and Baker Mayfield silenced critics with their impressive play today by leading their teams to playoff victories!! @Lj_era8 @bakermayfield