Njoku's agent says he has had 'some good meetings with new Browns organization.' 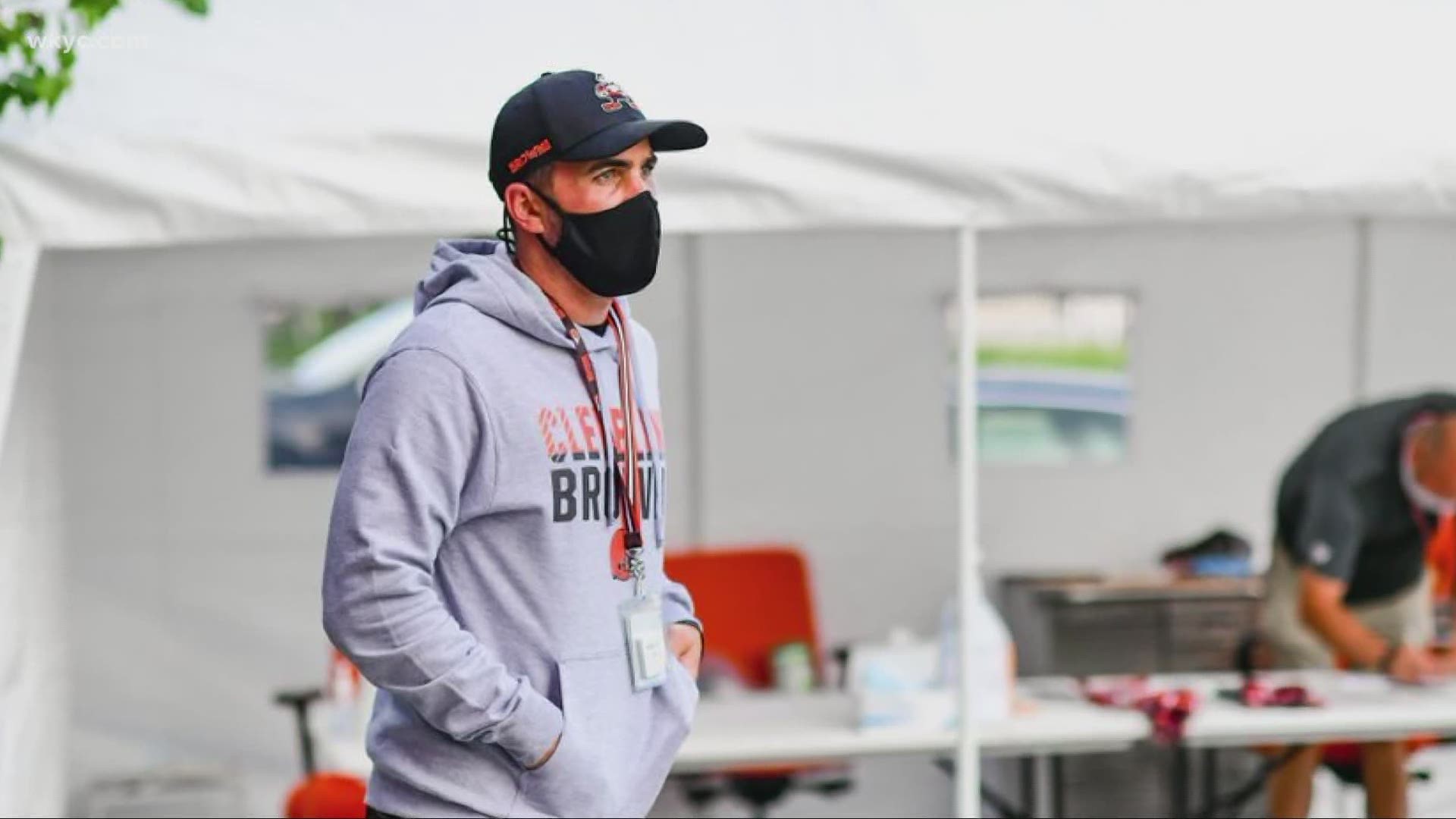 CLEVELAND — (AP) David Njoku has done an end around with the Browns.

After demanding a trade last month, the tight end indicated on Saturday that he has changed his mind. The 2017 first-round draft pick tweeted, "I’m all in Cleveland. Time to work.‘’

Apparently unhappy that the Browns signed free agent Pro Bowl tight end Austin Hooper and then drafted Florida Atlantic tight end Harrison Bryant this spring, Njoku had his agent, Drew Rosenhaus, ask the Browns to deal him to another team.

But he's reported to camp and is now seemingly content with his role.
Rosenhaus told the AP in a text message that Njoku has had “some good meetings with new Browns organization, including first-year GM Andrew Berry and he has decided to give the team his full commitment right now and go from there."

From the outset, the Browns said they had no intention of trading Njoku. And on Thursday, first-year Browns coach Kevin Stefanski, who favored using tight ends while he was Minnesota's offensive coordinator, said he was eager to work with the 24-year-old.

I’m all in Cleveland. Time to work.

The Browns took Njoku with the 29th overall pick three years ago. The former Miami standout was productive in his first two seasons, catching 88 passes for 1,025 yards and scoring eight touchdowns.

Njoku was hoping to have a big season in 2019, but he broke his wrist in Week 2 against the New York Jets and underwent surgery. He returned for the final four games, and finished with just five catches for 41 yards.