The Cleveland Browns' secondary is looking for a better performance against the Cincinnati Bengals after giving up big plays in a loss to the Pittsburgh Steelers. 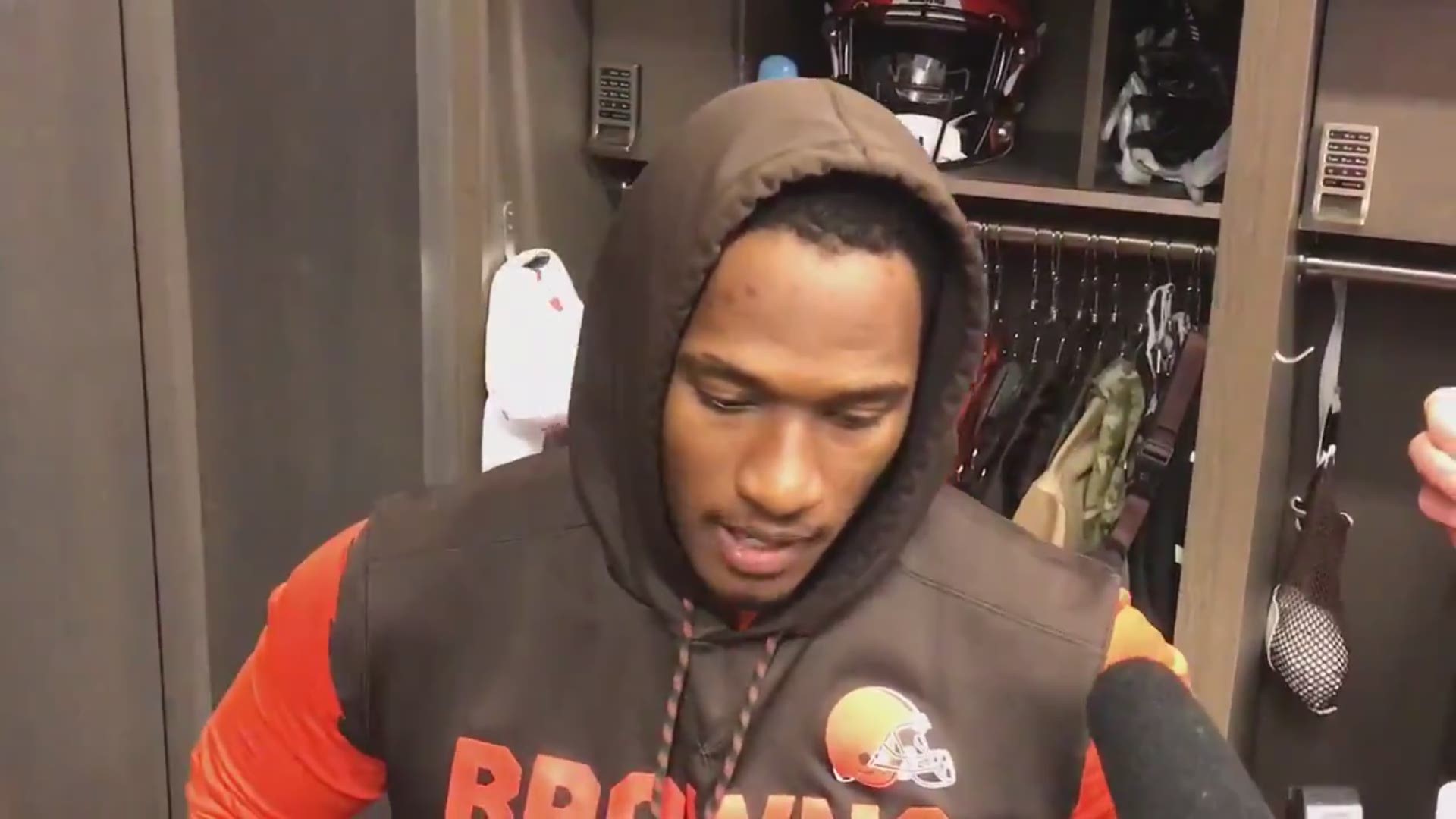 CLEVELAND — The Cleveland Browns had trouble tracking and defending passes down the field during the final three quarters of their 20-13 loss to the Pittsburgh Steelers at Heinz Field in Pittsburgh last Sunday afternoon.

Developing better tracking skills on long passes has been a point of emphasis throughout the week of practice as the Browns look to get back in the playoff race starting with this week’s game against the Cincinnati Bengals at FirstEnergy Stadium in Cleveland.

“Those guys are doing a good job of working this week to get better this week on attacking and playing the football,” Browns coach Freddie Kitchens said.

Defensive coordinator Steve Wilks added, “As coaches, you have to find ways to continue to improve that skill set, and that is what we are trying to do. Really working on the flash of the ball. Trying to work on deep balls when in position going up. If I can’t make a complete catch on the ball, I have to play through the guys’ hands and rake his arms.”

Credit: Don Wright/AP
Pittsburgh Steelers wide receiver James Washington (13) makes a touchdown catch in front of Cleveland Browns defensive back Sheldrick Redwine (29) during the first half of a 20-13 home win at Heinz Field in Pittsburgh on Sunday, December 1, 2019.

RELATED | Odell Beckham Jr. wants ‘to do any and everything to help’ Cleveland Browns win games

On first-and-10 from the Browns’ 30-yard line, Hodges took the shotgun snap and lofted a pass down the right side of the field for wide receiver James Washington, who despite being interfered with on the play, made the catch in the end zone for the touchdown.

The ensuing extra point drew the Browns even with the Steelers, 10-10, with one minute left in the first half.

The play before the touchdown, Hodges completed a 28-yard pass that moved the ball from the Pittsburgh 42-yard line to the Cleveland 30.

RELATED | The Cleveland Browns need a lot of self help to salvage a disappointing season: Bud Shaw’s Sports Spin

The coverage troubles bit the Browns again early in the second half.

After a pass interference penalty charged to Browns cornerback Denzel Ward in the end zone, the Steelers called on running back Benny Snell Jr. and he delivered with a one-yard touchdown run to put Pittsburgh in front for good.

RELATED | Odell Beckham Jr: 'I never said I was not happy in Cleveland'

In addition to the “quite a bit of teaching” the Browns’ staff has been doing this week, Wilks believes part of the roadmap to success lies in relying on “natural instincts” to make plays on the ball down the field.

“I put everything back on me, back on us as coaches to try and get our guys to understand when in certain situations what we need to execute,” Wilks said. “I thought Greedy (Williams) and Denzel had great coverage. We just have to find ways to turn around and make plays on the ball.”

RELATED | ‘Baker will be fine.’ Cleveland Browns confident Baker Mayfield will be ready to play vs. Bengals Sunday