Bolstered by the return of Myles Garrett, the Cleveland Browns enter training camp looking for a bounce back season from their defense. 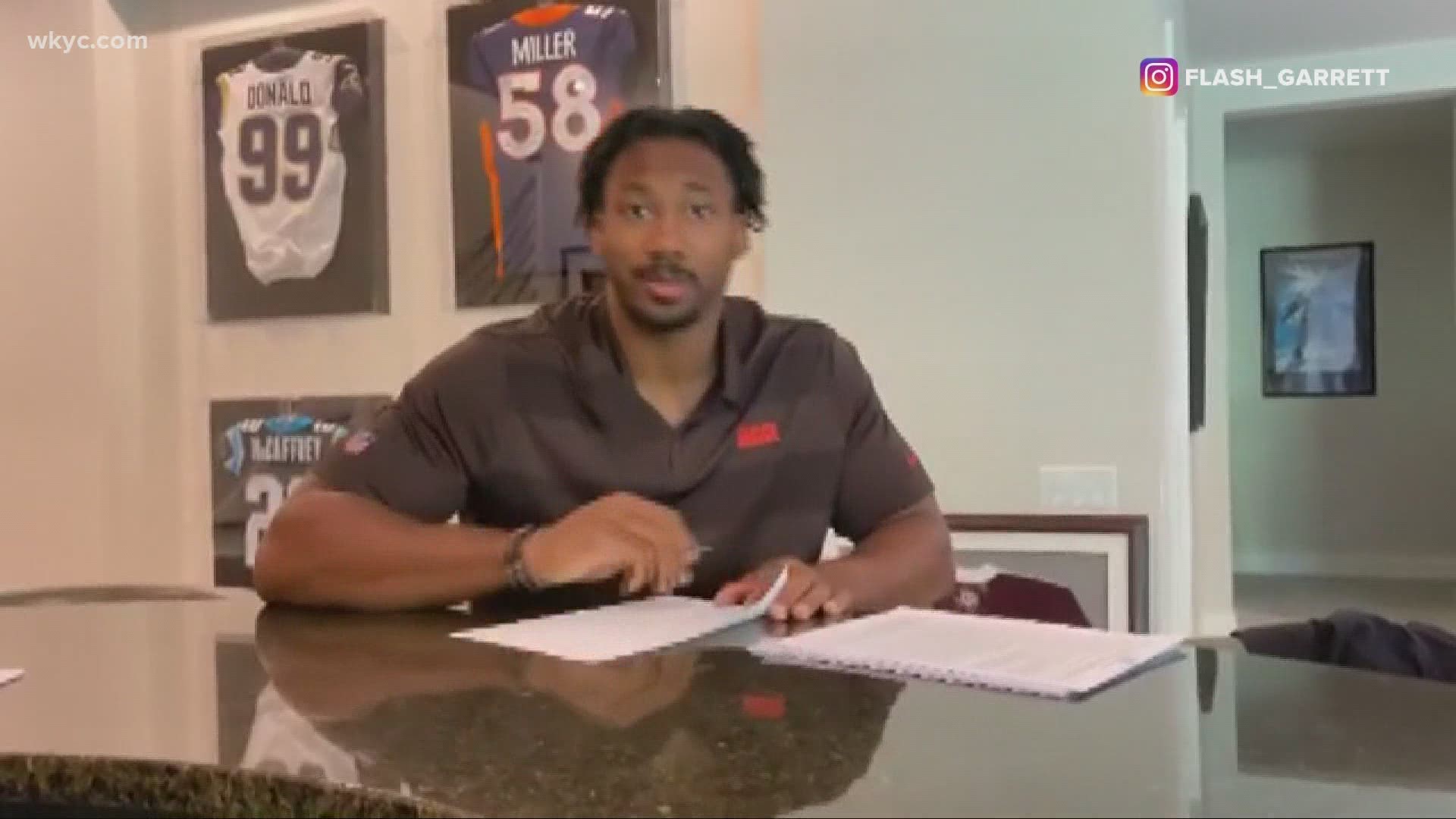 On Tuesday, the Cleveland Browns will report to Berea for the first official day of their 2020 Training Camp.

And while this training camp will look unlike any other in team history and all preseason games have been canceled, it's still worthwhile to examine the team's depth chart in order to get a grasp of where its roster stands.

With that in mind, here's a look at how the Browns' defensive depth chart projects heading into the start of camp.

Myles Garrett returns from his indefinite suspension as the highest-paid defender in NFL history. Even if Garrett returns to his Pro Bowl form, the Browns will need to get more out of Olivier Vernon, who tallied just 3.5 sacks in 10 games in his first season in Cleveland in 2020.

Free-agent signee Adrian Clayborn provides experience that was otherwise lacking and Chad Thomas flashed at times in Garrett's absence. All things considered, this isn't a particularly deep unit, so the Browns will bank on Garrett and Vernon to provide the bulk of their pass-rush prowess.

Sheldon Richardson was one of the Browns' more consistent defenders last season and returns alongside Larry Ogunjobi. Entering the final season of his contract, Ogunjobi could be playing his final season in Cleveland given the realities of the extensions the Browns have due in the next few years.

Signed to a one-year contract this past offseason, Andrew Billings possesses starting experience and should be a consistent contributor in Cleveland's rotation -- if not the starting lineup. Fourth-round pick Jordan Elliott has plenty of upside, but likely won't see significant playing time until 2021.

Following the offseason departures of Joe Schobert and Christian Kirksey, Mack Wilson serves as the lone returning starter on a unit that faces plenty of questions entering 2020. Free-agent signee B.J. Goodson has started 29 games in the last three seasons -- including nine with the Green Bay Packers last season -- but the Browns would likely prefer to use the veteran in a reserve/special teams role.

In order to do just that, the Browns will need second-year player Sione Takitaki and third-round pick Jacob Phillps to nab starting roles. What the unit lacks in experience, it possesses in versatility, with new defensive coordinator Joe Woods' system still yet to determine who will play where.

The Browns bring back their top three cornerbacks from a season ago, but Denzel Ward, Greedy Williams and Terrance Mitchell will each need to play better in 2020 for Cleveland's defense to live up to its potential. Free agent signee Kevin Johnson will likely serve as the team's starting nickelback, but also possesses the versatility to play inside, while Oklahoma State product A.J. Green might have the best chance of any undrafted free agent to make the Browns' final 53-man roster.

After receiving underwhelming play at the position last season, the Browns are cracking in two new starting safeties in 2020. A former first-round pick, Karl Joseph was solid when healthy during his four seasons with the Oakland Raiders, while second-round pick Grant Delpit is thought to possess first-round talent.

Free agent signee Andrew Sendejo arrives as a Swiss-Army knife, who can provide depth at either safety spot and even play nickel. Second-year player Sheldrick Redwine could enjoy an increased role on an otherwise thin unit.