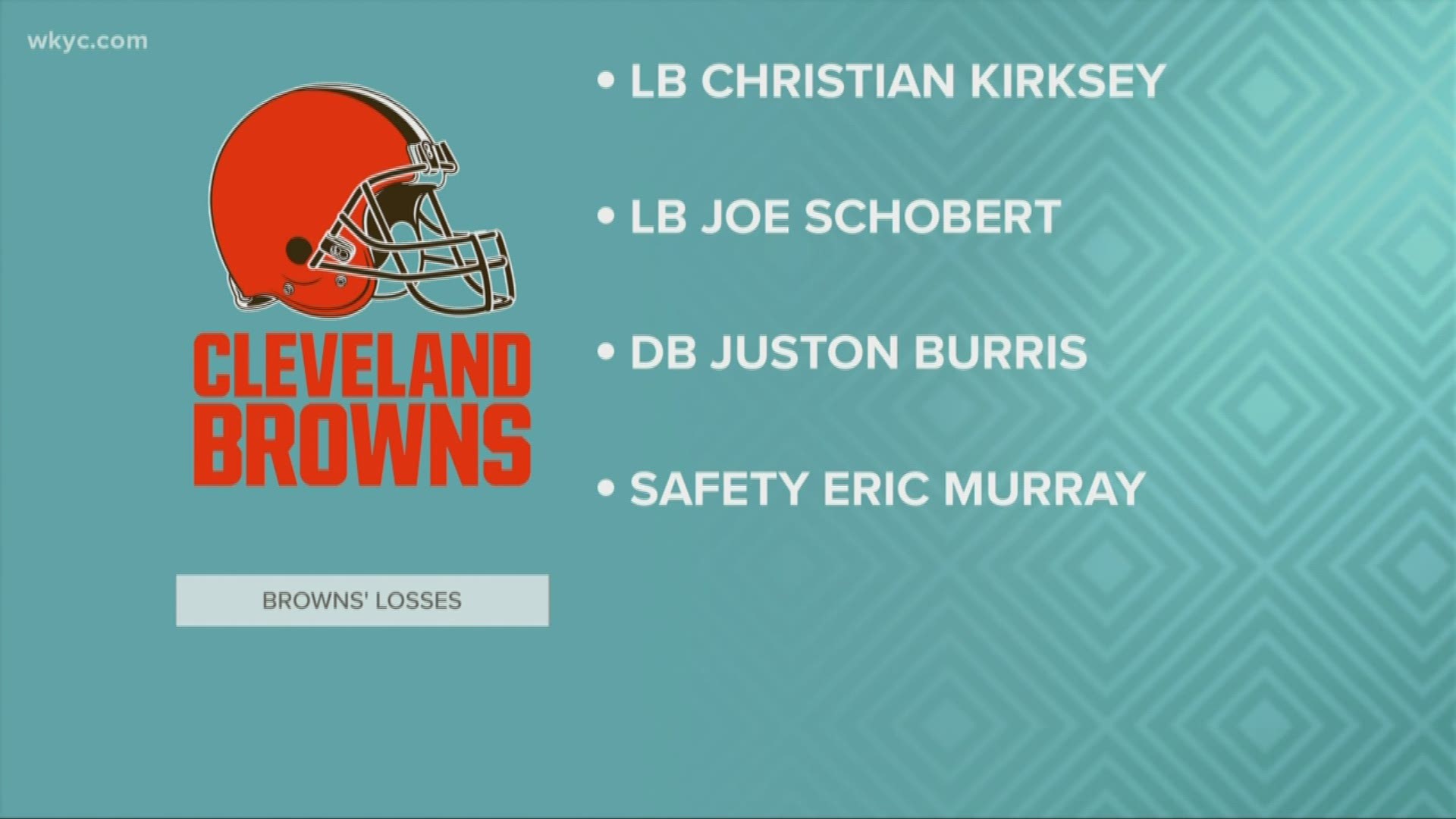 CLEVELAND — Through the first week of NFL free agency, the Cleveland Browns have been one of the league's most active teams.

And while they will have to wait until this fall for their signings to translate into wins, that hasn't stopped the Browns from earning praise for their signings. from analysts and experts. ESPN.com's Kevin Seifert even went as far as to proclaim the Browns as one of his top winners of free agency so far.

"There is no doubt the Browns have better talent at the right positions after this negotiation period," he wrote.

As for the Browns' specific signings, here's how they've graded:

The Sporting News' Vinnie Iyer: A

"This is a great pickup given the tight end-friendly nature of Kevin Stefanski's offense and Hooper is way more reliable and durable than David Njoku. Hooper fits nicely as a top-three target for Baker Mayfield behind Odell Bekcham Jr. and Jarvis Landry, especially given the team's limited wideout depth. Look for the team to employ more two-tight end sets and play-action passes to help Mayfield rebound."

"Hooper was the best tight end on the market with Hunter Henry tagged by the Chargers, so he was a wanted commodity, which is why his reported $11 million deal is a little bloated. But new Browns coach Kevin Stefanski will use a lot of double-tight formations, so it fits."

"I would try, for a moment, to look past the optics of the Browns reportedly signing the largest tight end contract in NFL history. By the time a wave of premium extensions from other tight ends around the league hit, this will not look as gargantuan as it does now. This was a move that immediately pacifies new head coach Kevin Stefanski, who requires a tandem of dangerous tight ends to run his offense most effectively. In theory, Hooper and David Njokou is something for opposing defense to game plan for."

"Hooper is now getting paid like a superstar tight end. In reality, he has been something closer to a safe pair of hands. He hasn't shown any extraordinary ability to get downfield or make things happen after the catch; while Falcons fans will remember his 88-yard catch-and-run against a blown coverage in Week 1 of 2017, he has ranked 19th in air yards per attempt and 22nd in yards after catch over the past two seasons."

The Sporting News' Vinnie Iyer: A

"The Browns needed to badly upgrade tackle with fading Chris Hubbard on the right side and free agent Greg Robinson on the left side. After securing a tight end to help Mayfield and the running game with Hooper, now they get an all-around anchor in Conklin. They can focus on a left tackle early in the draft now."

"I love this signing by the Browns. Their tackles were a major issue last season, impacting the offense in a big way. Conklin was good for the Titans last year and will be a major upgrade at right tackle."

"Negating the offensive line in free agency last year was a missile headed straight for Baker Mayfield’s development. There was plenty of competition for Conklin this spring and perhaps a twinge of regret down the road for the Titans, who signed Dennis Kelly as a replacement later on in the day. Conklin had one of the best pass block win rates among tackles in the NFL last year. That is relief for Mayfield who, along with a much more sensible play-action game, is going to have more time and more receivers to throw to."

"Conklin is regarded as an excellent run-blocking right tackle, which shouldn't be a surprise, given Tennessee's run-heavy attack. His pass blocking is up for more debate. By Stats LLC's numbers, Conklin allowed just three sacks last season, which would be an excellent figure for a starting tackle. ESPN's pass block win rate analysis isn't quite as sanguine, ranking him 59th among NFL linemen while blaming him for 10 sacks in 2019, a far less impressive number. I would put the real number somewhere in the middle.

"Getting Conklin without having to guarantee three years or top Trent Brown's average annual salary is a good bit of negotiating for new GM Andrew Berry. If the Browns can land a left tackle in the draft -- they have pick No. 10 -- they'll come away from this offseason with everything that should have been on the shopping list for Baker Mayfield."

The Sporting News' Vinnie Iyer: B

"Keenum got a little overpaid with $10 million guaranteed, but he gives the team a high-end backup behind Mayfield who is very familiar with Stefanski's coaching from Minnesota and can easily adapt to the run-oriented, play-action system."

"Browns coach Kevin Stefanski was the quarterbacks coach in Minnesota with Keenum in 2017, so it's no surprise that the Browns targeted Keenum to serve as the backup behind Mayfield. Keenum is just good enough to give the Browns a chance to win if Mayfield gets hurt and just uninteresting enough to avoid shaking Mayfield's confidence. That's exactly the line you want to tow with your backup quarterback."

"The Browns signed the former first-round pick to a one-year deal, so it's a look-see situation. He has been a solid starter at times, but he's never lived up to the billing of being a top pick. Even so, he's worth a look."

"All we can say now is that each of their moves this week was as close to an objective upgrade as any they could have executed. No one would turn down the addition of Jack Conklin at right tackle if the other options were Chris Hubbard or Greg Robinson. It would be hard to argue that new tight end Austin Hooper doesn't bring the Browns a new dimension. And if quarterback Baker Mayfield were injured, new backup Case Keenum would give the Browns a decent chance to stay afloat."

"It’s fair if you don’t want to get too excited about the Browns’ free agency spree. We’ve been down this road before with the Browns and it hasn’t paid off yet. But of the top 10 or so players to switch teams in free agency, the Browns got two. Hooper was the best tight end available and Conklin was the best offensive lineman on the market. Even taking shots on former first-rounders Johnson and Joseph was fine. The Browns have to rebuild their linebacking corps but overall, they got better."

"Don’t sleep on Kevin Johnson, either — he’s had an inconsistent, injury-riddled career but performed fairly well in his one season with Buffalo in 2019, owning a 73.6 coverage grade on his 277 coverage snaps." 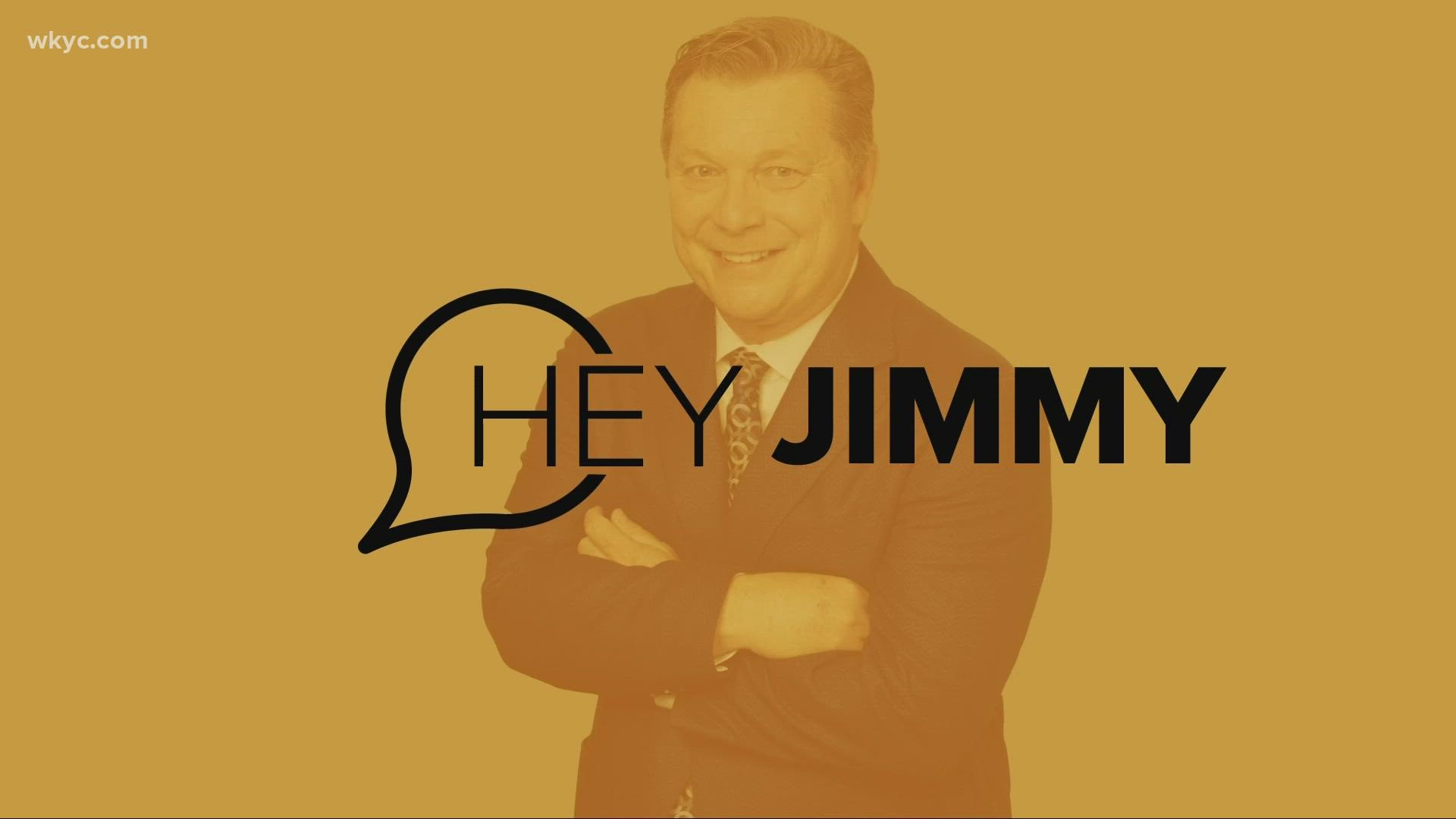