"We want to be on the right side of history." 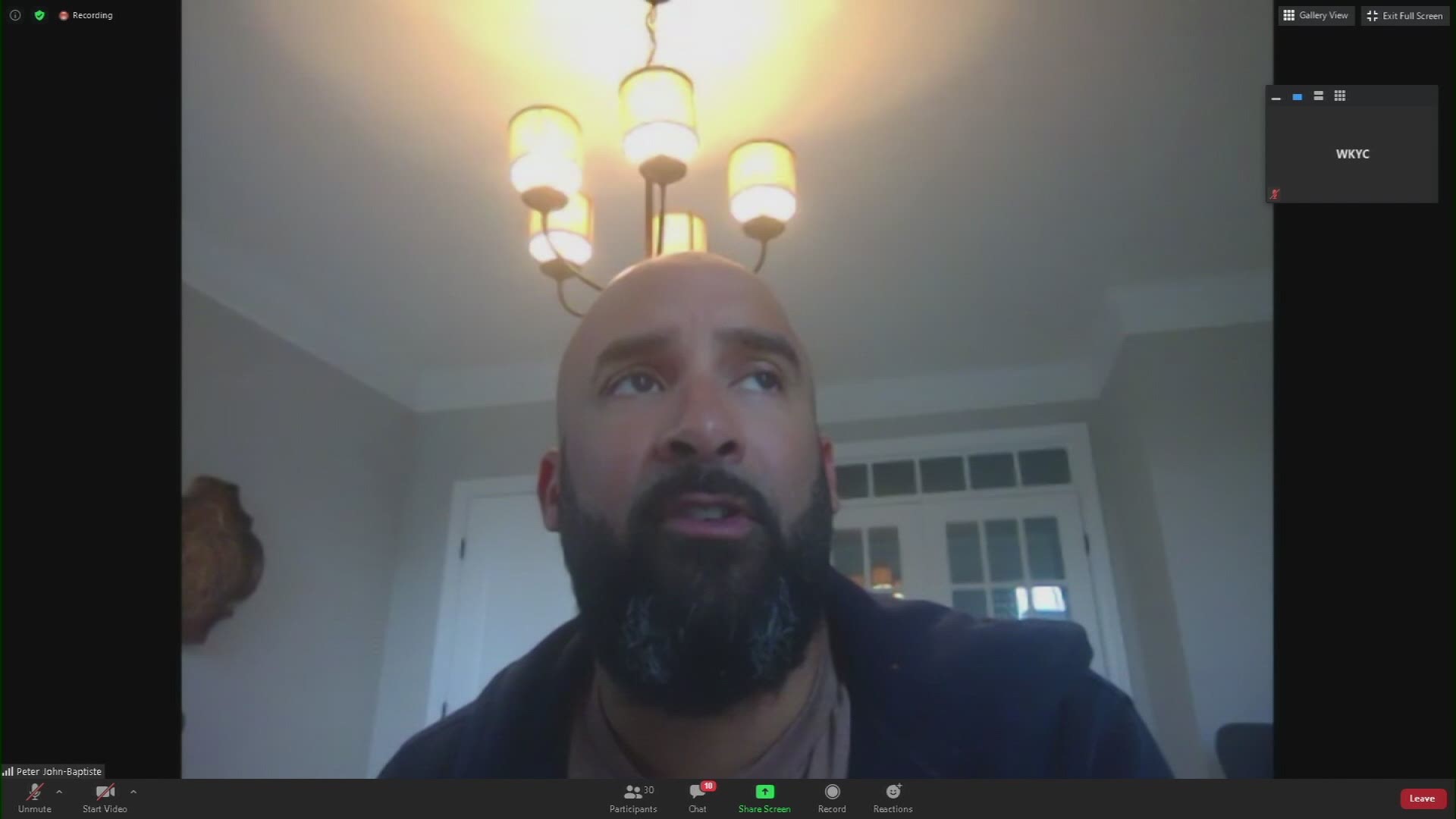 CLEVELAND — As the National Football League prepares for its teams to open camps this week, one of the most significant issues awaiting players, coaches, and staff will be addressing social justice as part of the Black Lives Matter movement.

How will the Cleveland Browns approach this ongoing issue? Senior Vice President of Communications, Peter John-Baptiste, was a guest of the Press Club of Cleveland's Behind the Headlines forum on Tuesday and talked about how the Browns are encouraging all personnel to take a stand and lead.

John-Baptiste is one of five members of the Browns' social justice committee, comprised of senior members of the team's front office. "We want to have some good dialogue on how we want to act as an organization," he said. "We seek our players' input and advise our senior leadership on what we should do about any of these issues."

"Social justice, Black Lives Matter. All the organizations that have come to the forefront right now, we want to be part of the movement," said John-Baptiste. "We want to be on the right side of history."

The death of George Floyd at the hands of police in Minneapolis in May has brought Black Lives Matter and the topic of kneeling during the National Anthem to the forefront of the National Football League once again.

Browns head coach Kevin Stefanski told reporters last month that the team would "spend as much time as needed to make sure we're all on the same page and a united front from player and staff," when it comes to whether or not players will kneel during "The Star Spangled Banner."

RELATED: Cleveland Browns head coach Kevin Stefanski encouraging players to 'get in the arena' when it comes to social justice

But like John-Baptiste, Stefanski is encouraging his players to be on the front lines of social justice and police reform.

"I’m so keen on dialogue with our players and listening. My note to the players is I’ve got their back. They have my support. I promise we will continue to listen to each other from a place of mutual respect," he told reporters.