WKYC's Dave "Dino" DeNatale takes a poll on what was most disturbing about the Browns' performance against the Titans on the first edition of After Further Review. 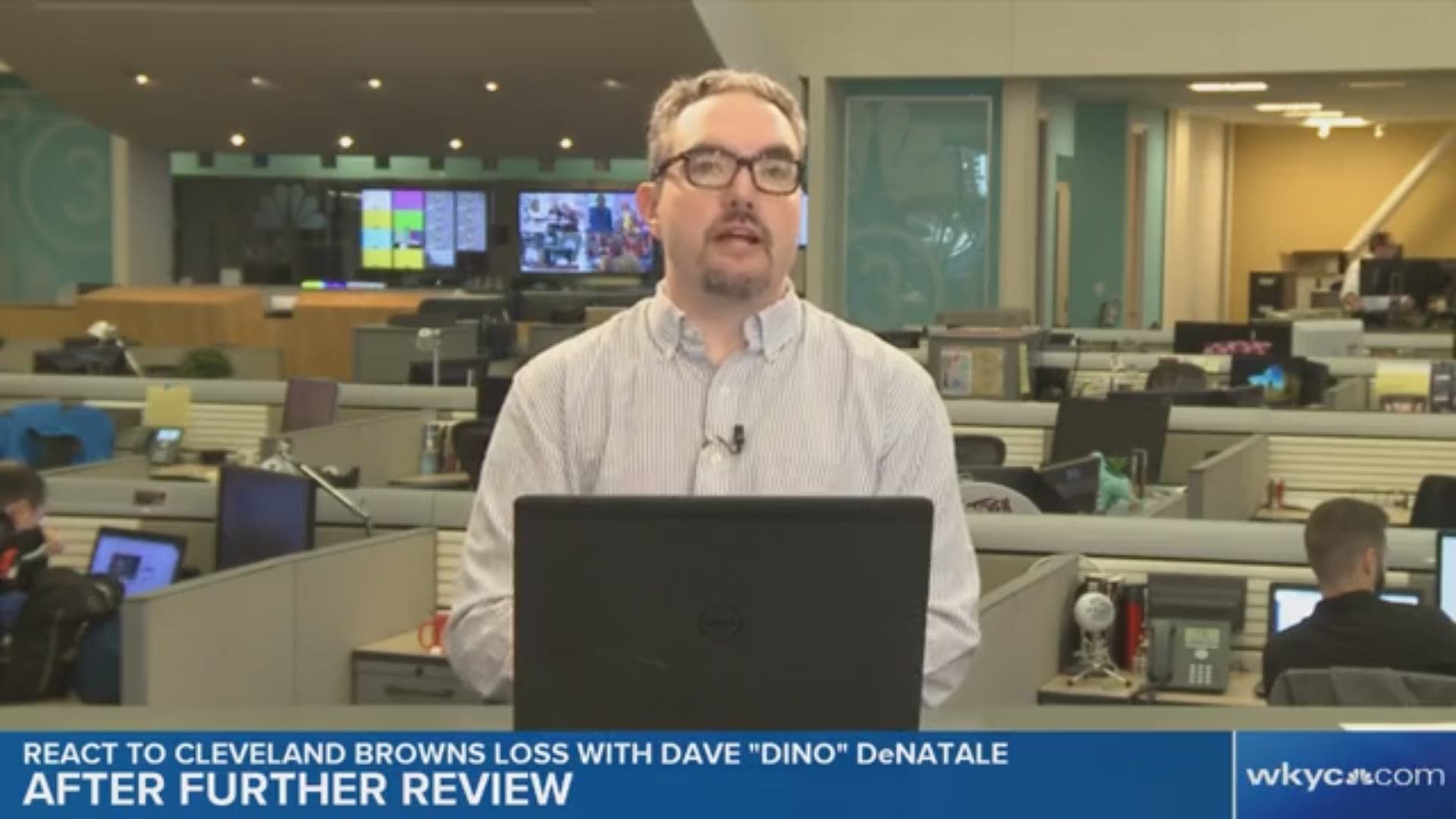 CLEVELAND — This morning Cleveland Browns fans woke up to face the reality that yes, our beloved boys in brown and orange did in fact lose to the Tennessee Titans on Sunday by 30 points, and Monday morning quarterbacks across the Land had a lot to say about why we all had to live that nightmare.

Some went so far as to call for Head Coach Freddie Kitchens to stand down and resign, while others focused on what the biggest factor was in the devastating loss by a score of 43-13 at the Cleveland home opener at First Energy stadium

WKYC’s Dave “Dino” DeNatale posted a Twitter poll asking what was most disturbing about the Titans besting the Browns, offering four options: a leaky offensive line, undisciplined play and penalties, the defense getting worn down and the overall game plan and play calling.

During the first edition of the show, streamed live on WKYC.com, YouTube and Facebook, Dino talked with WKCY's sports anchor Jimmy Donovan and sports reporter and analyst Ben Axelrod about those reactions.

About 76 percent of those who voted thought the lack of discipline and penalties was the greatest cause for concern, potentially dashing hopes that this year’s squad would be the best we’ve seen in a long time.

As of 11:00 a.m., the second largest worry on 18 percent of people’s minds was a leaky offensive line which got quarterback and team captain Baker Mayfield sacked five times in game one of the 2019 NFL regular season.

Twitter user @SCowley75 pointed out that with injuries and ejections in the mix, it was hard to pin down whether the offensive line poses a significant concern at this point.

“Penalties is obvious, but the playcalling was a really, really close 2nd. All that play-action with that OLine was a real headscratcher,” the user identified as BuddyC wrote.

When ESPN Cleveland’s Aaron Goldhammer asked fans what they’d say to Kitchens if they saw him today, one response was pretty ruthless.

Twitter user Chris Smith wrote: “I’d tell him that, for his own good, make some lifestyle changes & resign. You’ve already had one heart-related incident & coaching the Cleveland Browns isn’t gonna help anything.”

It wasn’t immediately clear if Smith’s comment was out of concern for Kitchens, because just being a fan of the Browns can be quite a wild ride, or if the thinking was Kitchens just isn’t up to the task of wrangling this team.

At least some, however, were more forward looking, like WKYC’s Mike Polk, Jr., who said on Sunday that this loss was the humbling we all needed going into the rest of the season.

The Browns will have a chance to do just that in seven days when they take on the New York Jets during Monday Night football on the road at MetLife Stadium in New Jersey.