Cleveland Browns fans waited in the snow to show their team how proud they are after that incredible season. 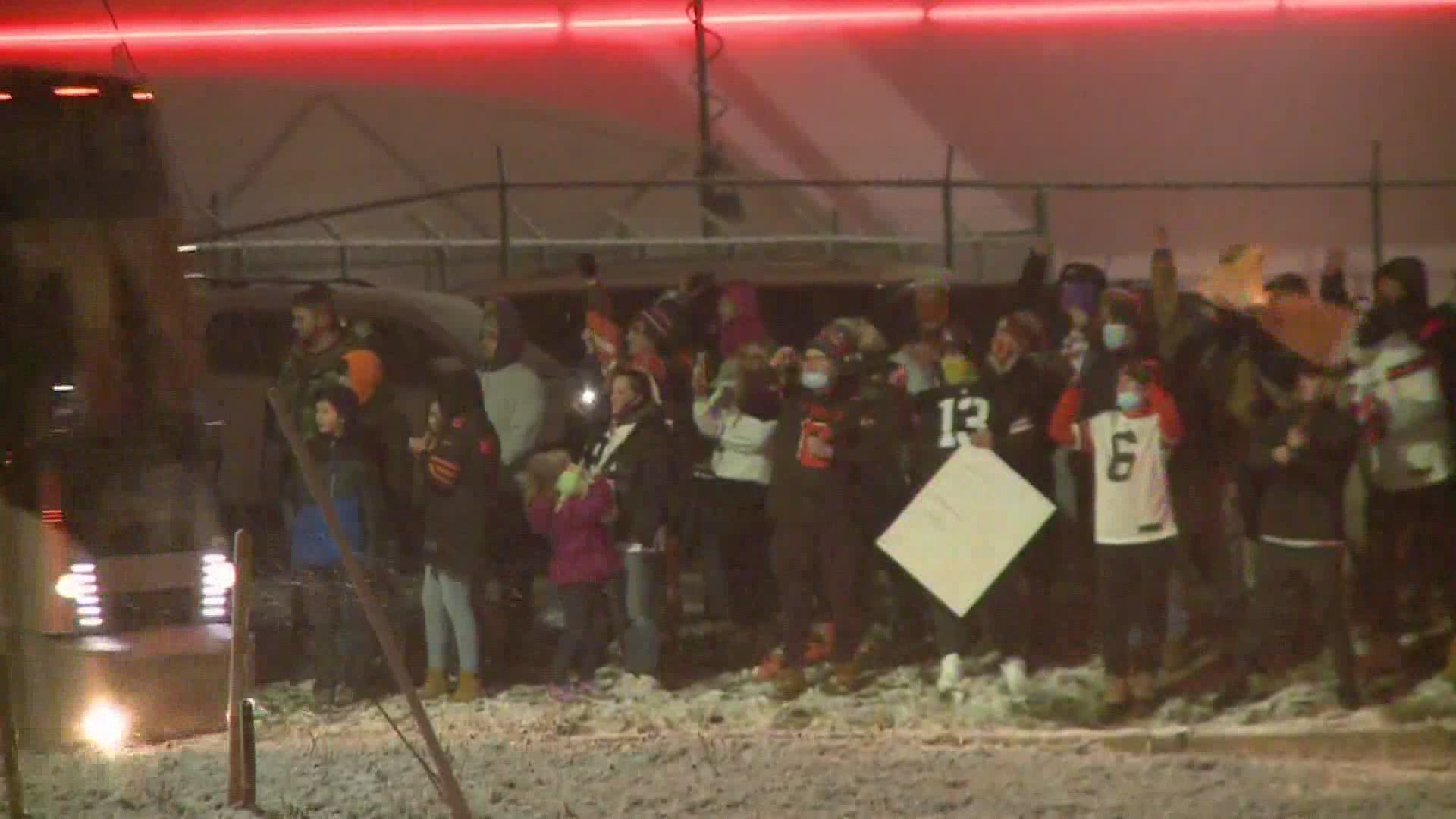 CLEVELAND — Although it wasn't the outcome Cleveland Browns fans were hoping for as the season came to an end following a loss to the Kansas City Chiefs -- but it was such a fun ride.

Fans lined up outside of Cleveland Hopkins International Airport to show their support and cheer for the Browns as they returned home Sunday night.

It was an epic showing of gratitude with excited fans lined up in the cold and snowy conditions just to make sure the Browns know how much they're appreciated.

The Browns also posted video of their fans outside of the airport:

Last week, there was a similar scene outside of the airport as fans welcomed the team home after that unforgettable victory against the Pittsburgh Steelers.