Cleveland Browns given best odds to win AFC North in 2019

Following the emergence of Baker Mayfield and acquisition of Odell Beckham Jr., the Cleveland Browns are the betting favorite to win the AFC North in 2019. 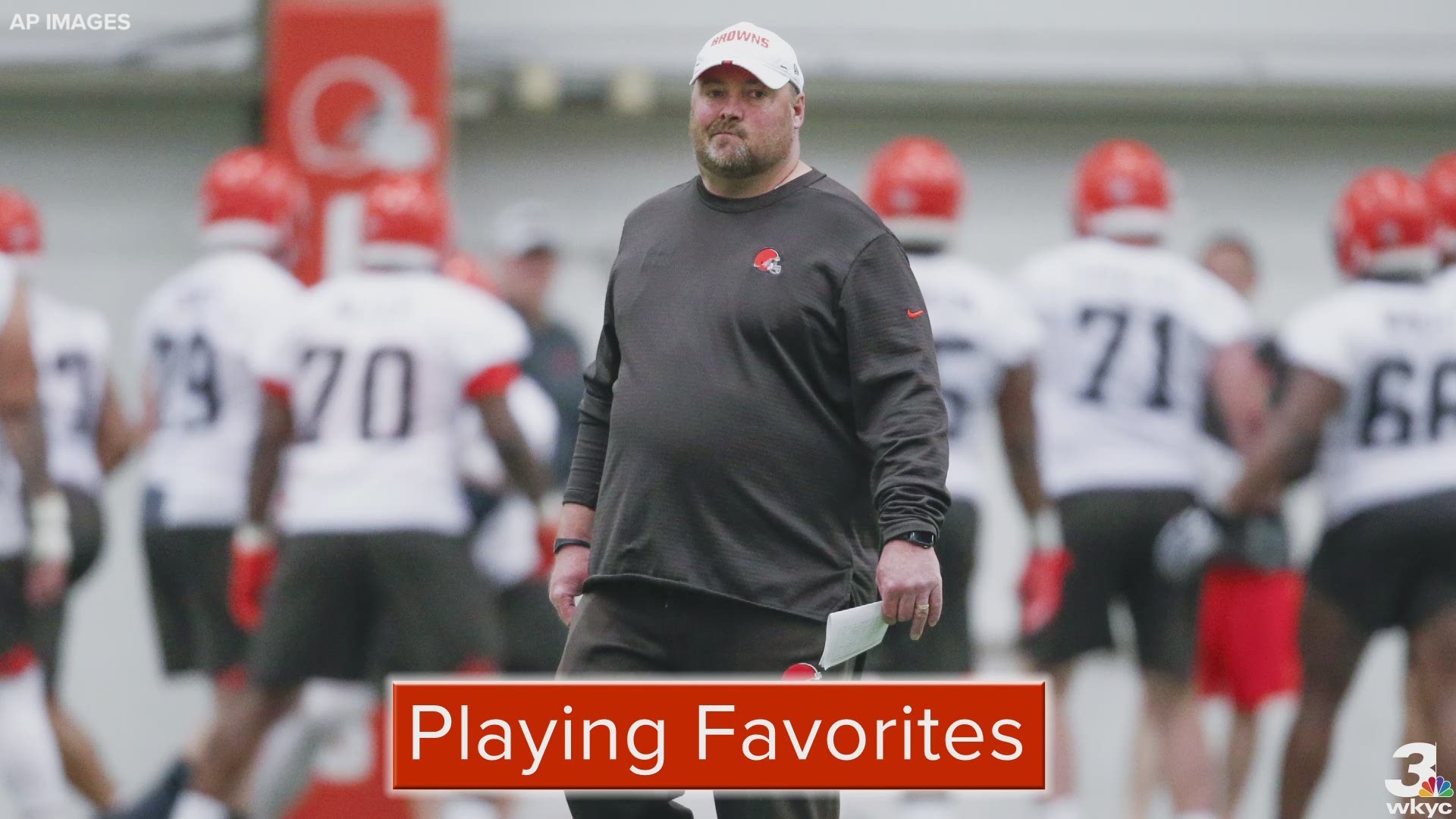 In March, Baltimore Ravens head coach John Harbaugh said that while the Cleveland Browns might be the most talented team in the AFC North, it won't be until the end of the season that the best team in the division is actually determined.

If the most recent betting odds hold true, the two will wind up one and the same.

While it's been 30 years since the team's last division title -- a drought that has lasted the entire existence of the AFC North, and then some -- oddsmakers believe there's a good chance Cleveland could be raising a banner in the next year. According to Bovada, the Browns' possess +125 odds of winning the AFC North -- the best of any of the four teams who comprise their division.

Credit: Matt Florjancic
Newly acquired wide receiver Odell Beckham Jr. is thankful for opportunity to play for the Cleveland Browns and ready to build his legacy.

Via Odds Shark, the current odds to win the AFC North are as follows:

For the betting uninitiated, a successful $100 wager on the Browns would net a bettor $125, while the same bet on the Steelers would win $195. So while Cleveland currently possesses the best odds to win the division, it's worth noting that a successful bet on the Browns winning the AFC North would still receive a bigger payout than money risked.

Also of note: Last month, the Westgate Las Vegas SuperBook made the Browns a betting favorite to miss the 2019 playoffs at -120 odds (risk $120 to win $100). Meanwhile, the same book gives Cleveland +140 odds to make the playoffs -- something they wouldn't necessarily need to win their own division to do.

“It's a really tough division,” SuperBook director John Murray told ESPN. “I think people are making a mistake if they write the Steelers off, the Ravens should be solid again and the Bengals can't help but be better with Marvin Lewis gone.”

Credit: Ron Schwane
Cleveland Browns quarterback Baker Mayfield celebrates a two-point conversion reception on a pass from wide receiver Jarvis Landry in a 21-17 win over the New York Jets at FirstEnergy Stadium in Cleveland on September 20, 2018.

As for the Browns' Super Bowl odds, Bovada currently lists them +1200 -- the fifth-best of any team in the league.

To Harbaugh's point, none of this actually matters until the games are actually played this fall. But while head coach Freddie Kitchens may not be in the "predictions business," the oddsmakers are.