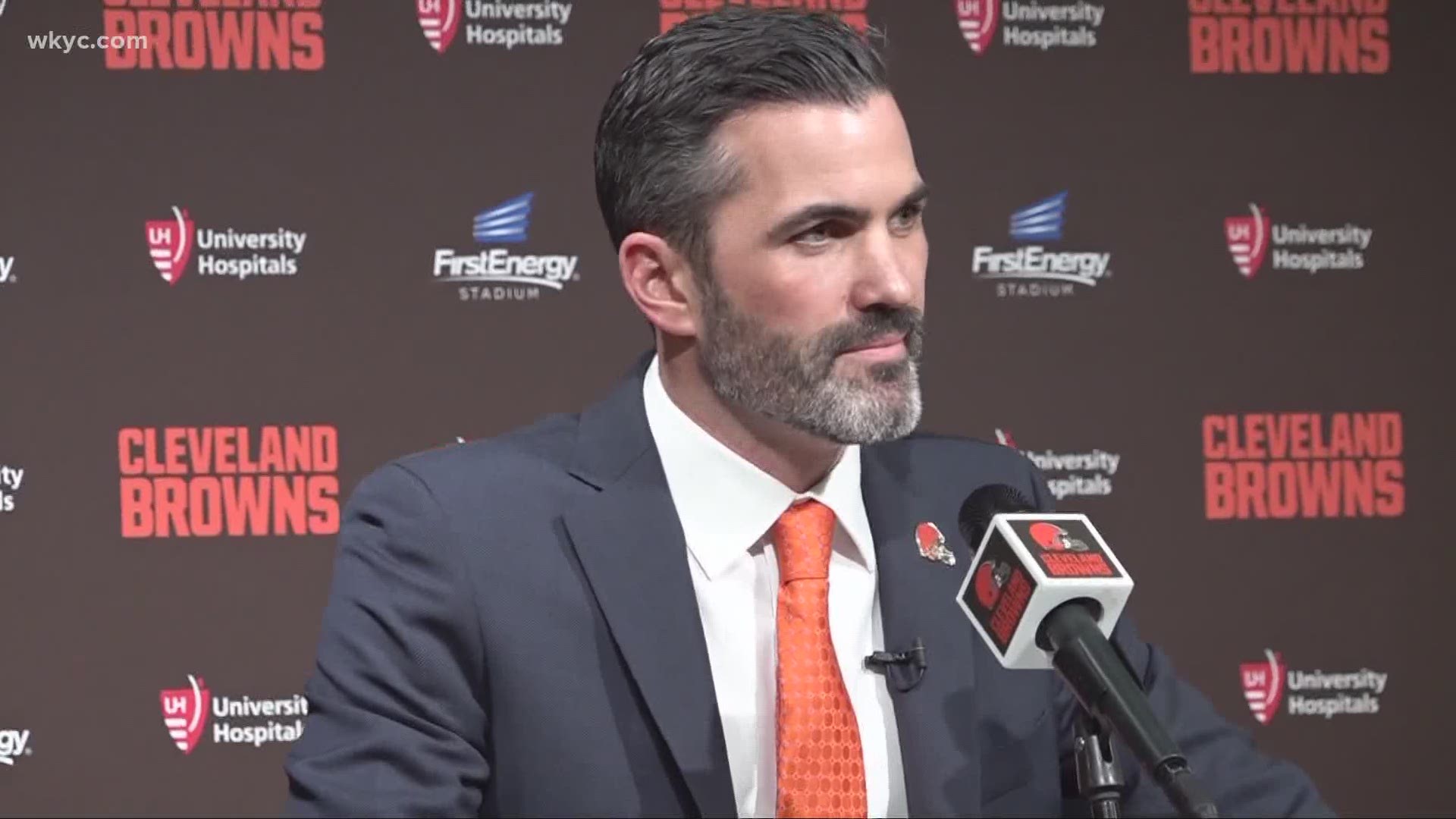 CLEVELAND — With the recent death of George Floyd at the hands of police in Minneapolis, the topic of kneeling during the National Anthem is once again a topic at the forefront of the National Football League.

On Wednesday, Cleveland Browns head coach Kevin Stefanski was asked if he will support his players should they choose to go to a knee.

"I want to make sure I support our players, but first things first, I want to make sure I sit down with them and talk," Stefanski said during a Zoom conference with reporters. "I can't speak to the future in that regard, I can just promise that we'll spend as much time as needed to make sure we're all on the same page and a united front from player and staff. "

While Stefanski might sound a bit vague when it comes to the anthem debate, he was crystal clear when it comes to how he feels about interacting with his players about social justice and police reform.

"I’m so keen on dialogue with our players and listening. My note to the players is I’ve got their back. They have my support. I promise we will continue to listen to each other from a place of mutual respect," he told reporters.

Saints quarterback Drew Brees was widely criticized for comments made last week about fellow NFL athletes who choose to kneel at games during the national anthem in an interview to Yahoo Finance.

"I will never agree with anybody disrespecting the flag of the United States of America or our country," Brees responded, noting that his two grandfathers who fought for the country during World War II. "That brings me to tears, thinking about all that has been sacrificed. Not just those in the military, but for that matter, those throughout the civil rights movements of the '60s, and all that has been endured by so many people up until this point."

Brees later apologized and engaged in a back-and-forth with President Donald Trump on social media, telling the president in an Instagram post that "we need to listen and learn" about racial injustice.

RELATED: Brees responds to Trump: 'We can no longer use the flag to turn people away'

RELATED: Brees on kneeling during 2020 NFL season: 'I will never agree with anybody disrespecting the flag'

Since the Brees-Trump debate, NFL Commissioner Roger Goodell came out with a statement admitting the league was wrong for not listening to the concerns of players when it comes to the oppression of African-Americans in our nation.

You can watch Stefanski's full Zoom conference with reporters below.

ALSO: Cleveland Browns head coach Kevin Stefanski encouraging players to 'get in the arena' when it comes to social justice