The Cleveland Browns honored Navy Corpsman Max Soviak, who was killed in a bombing in Afghanistan in August. 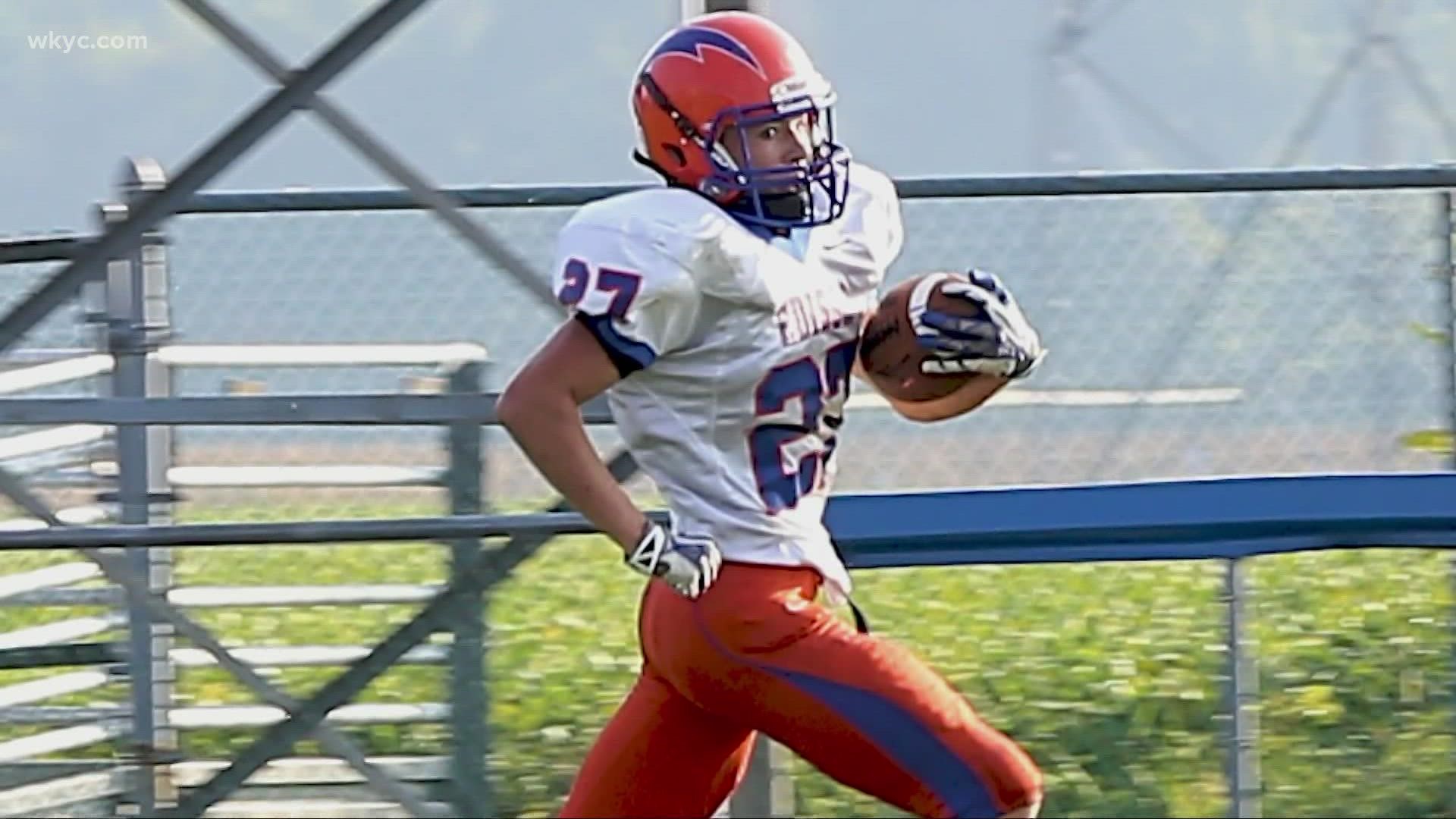 CLEVELAND — Editor's note: the video in the player above is from a previous player.

As the Cleveland Browns played in their annual "Salute to Service" game, the team paid tribute to a hometown hero.

During the second quarter of their Week 11 matchup with the Detroit Lions, the Browns honored Navy Corpsman and Erie County native Maxton William "Max" Soviak, who was one of 13 service members killed in an attack in Afghanistan in August during Operation Allies Refuge. As a part of the tribute, CrossCountry Mortgage Chief Brand Officer Laura Soave presented a $100,000 check to Soviak's father, Kip Soviak, and Milan Edison High School Football Coach Jim Hall. According to a release, the gift "will be used for enhancements to the school’s athletic facilities in Maxton’s honor."

"We hope today's ceremony and our donation to Edison High School will call attention to Max and the many other brave young citizens of Northern Ohio who each year join the military to help preserve our freedom and protect the safety of others around the world," CrossCountry Mortgage Founder and CEO Ronald Leonhardt Jr. said in a statement. "Max grew up in Ohio, he attended school here and he was a cherished family member, friend, neighbor, teammate and leader. We are proud to celebrate his life and honor the sacrifice he made for all of us."

Prior to his military career, Soviak was a star football player and wrestler at Edison. During his senior year in 2016, he captained the Chargers to a 12-2 record and a berth in the Division V state semifinals.

In addition to honoring Soviak, who was 22-years-old at the time of his death, multiple members of the Browns roster carried flags onto the field representing the United States' military branches. Cleveland quarterback Baker Mayfield carried an American flag when announced during player introductions.

For all the latest from the Browns' Week 11 matchup vs. the Lions at FirstEnergy Stadium on Sunday, follow our live blog.