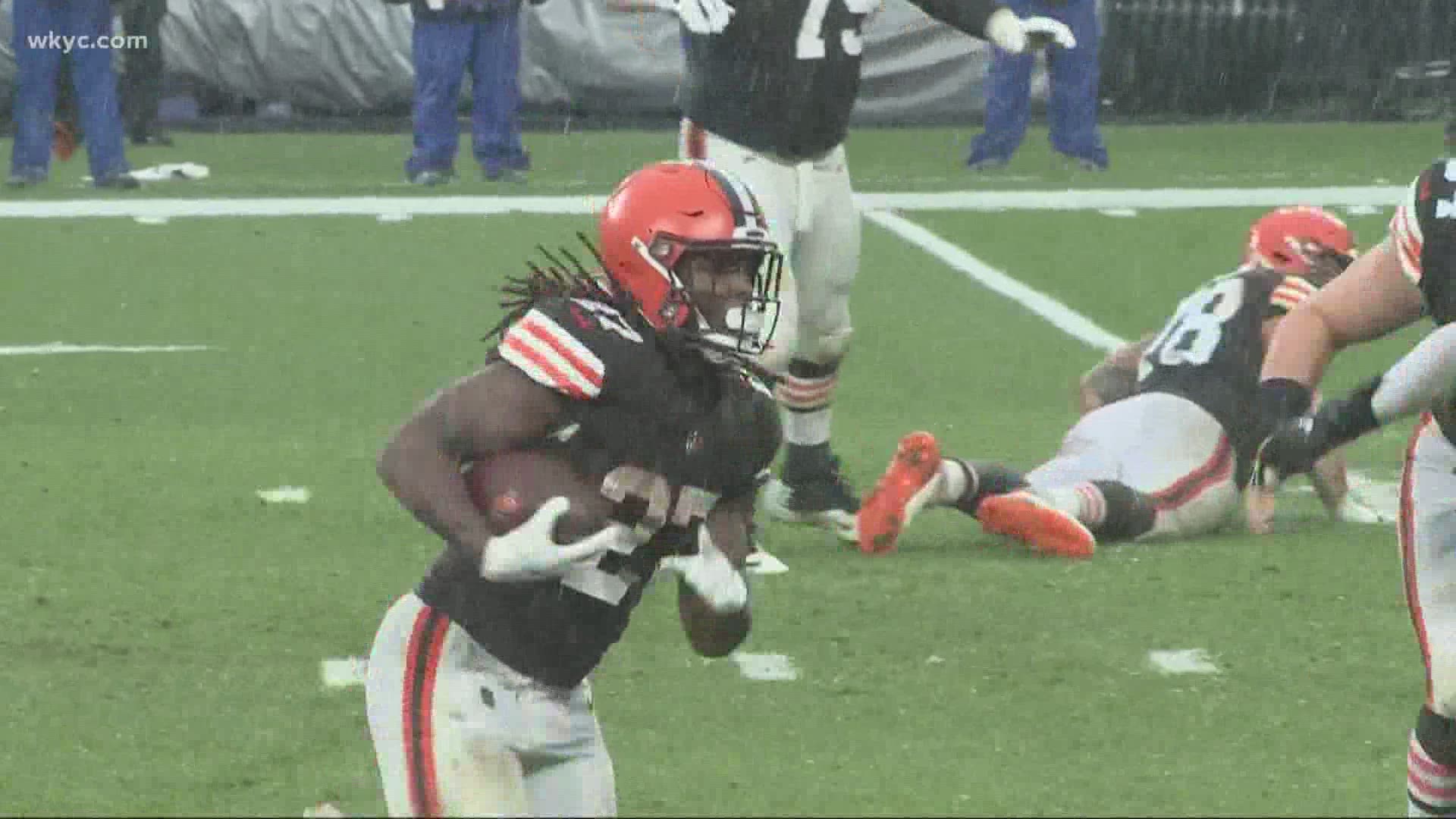 CLEVELAND — For the fourth time in the last eight days, the Cleveland Browns have announced that they have placed a player on the Reserve/COVID-19 list.

Tuesday afternoon came the news from the Browns that they have placed DE Joe Jackson on the COVID-19 list. The reserve list category was created for a player who either tests positive for COVID-19 or who has been quarantined after having been in close contact with an infected person or persons.

Jackson is now the fourth player on the Browns on the list, joining FB Andy Janovich, DE Myles Garrett, and OL Chris Hubbard.

While Janovich did not play in last Sunday's game against Philadelphia, Conklin, Parkey, and Hughlett all were able to come off the list and rejoin the Browns in time for the game.

On Friday, November 20, the Browns announced that defensive end Myles Garrett had been placed on the Reserve/COVID-19 list. Garrett missed last Sunday's game against the Eagles and has already been ruled out for this weekend's contest in Jacksonville.

Earlier this month, offensive lineman Chris Hubbard was placed on the list and has yet to return to action.

Per agreed upon NFL-NFLPA policy, clubs are not permitted to comment on player’s medical status other than referring to roster status. Clubs may not disclose whether player is in quarantine or is positive for COVID-19.

This season, Jackson has played in three games for the Browns, picking up five tackles and a fumble recovery. The 23-year-old has been inactive for the last five games.