What do you think the tweets mean? 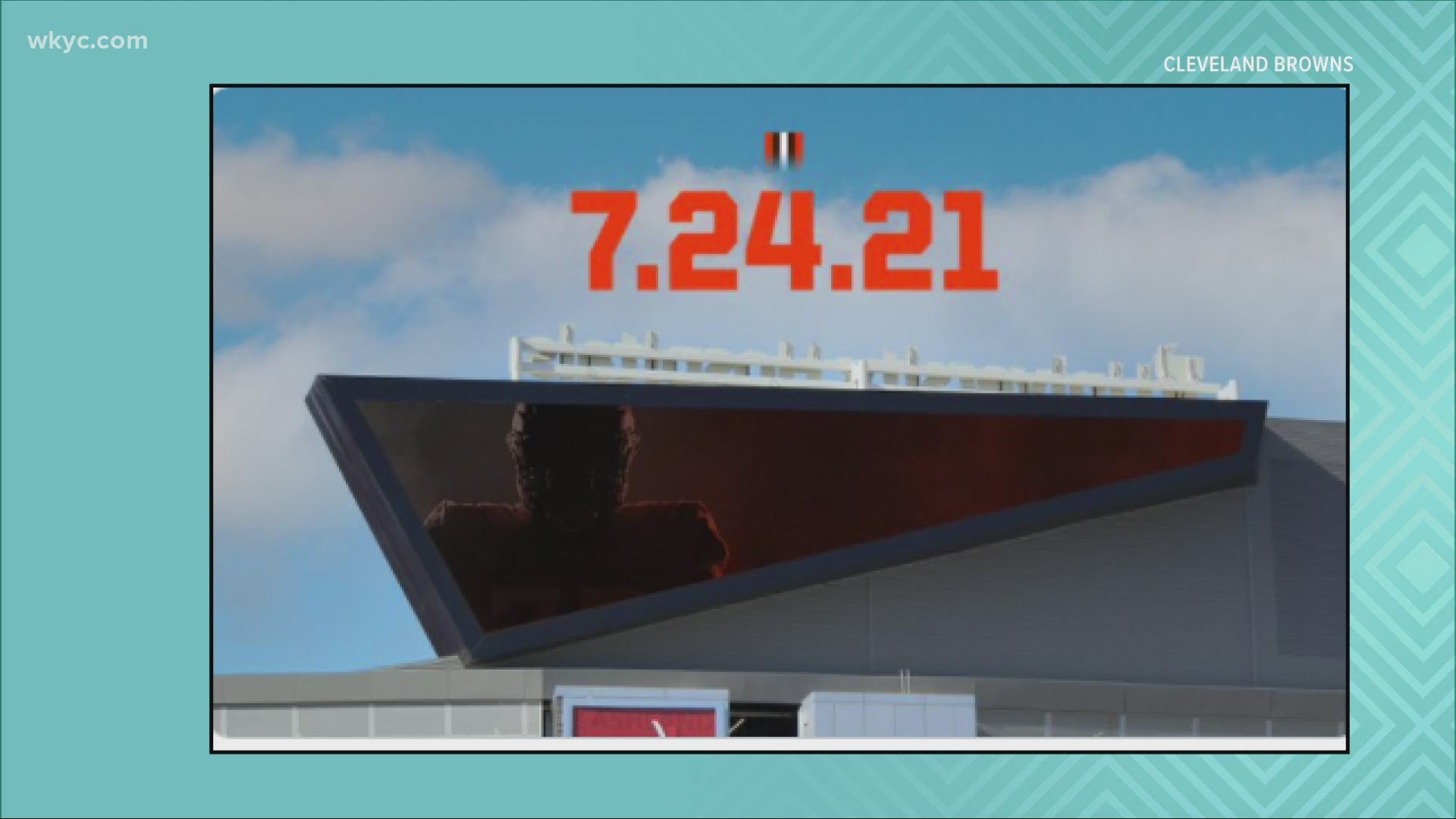 CLEVELAND — Get ready, Browns fans! The Cleveland Browns have a special surprise up their sleeve.

The team tweeted a pair of teases Monday afternoon, both of which feature the silhouette of a player coupled with the date of July 24, 2021. You can see both of the tweets below – but take a closer look at the image rendering posted on the side of the building. Seriously, look closer. See it now? The player’s silhouette is wearing the number 75.

While that may be Joel Bitonio's number, some fans are speculating these teases hint at a new jersey reveal -- potentially with a connection to the team’s 75th anniversary.

“This is the worst kept secret in sports unis,” one person commented. “Just do a Google search.”

Other comments to the tweets echoed that person’s take. Here’s a sampling of a few more posts about the Browns’ teasing tweets:

So will it be a new jersey reveal? We'll have to wait until July 24 for the official confirmation.