'Judging by what I saw in their season opener, it's very likely these teams will meet again.' 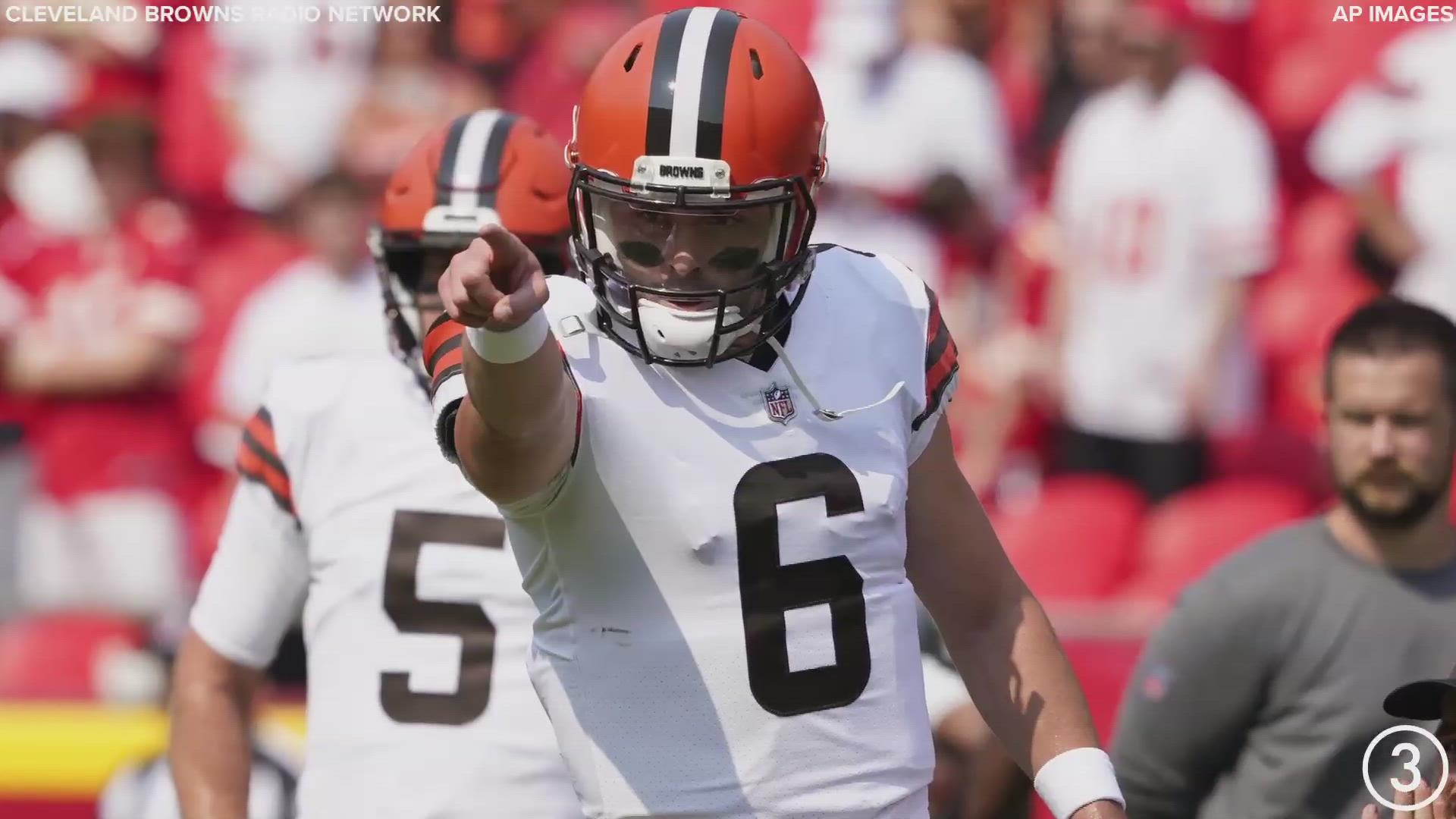 CLEVELAND — To be the champ, you have to beat the champ. Even though the Cleveland Browns lost to the two-time defending AFC Champion Kansas City Chiefs 33-29 Sunday in Arrowhead Stadium, it actually means very little in the grand scheme of where the Browns want to go and what they hope to accomplish in the 2021 season. Beating the Chiefs in September would’ve been nice, but to get to reach their goal, it’s what happens when they meet in January that fans will remember. Judging by what I saw in their season opener, it's very likely these teams will meet again.

It was clear from watching the final 10 minutes of Sunday’s loss, the Chiefs still have championship pedigree. They took some blows early, twice falling behind by two scores, but they never stopped swinging.

The Browns played a nearly flawless first half, scoring three touchdowns to take a 22-10 lead into the half. Baker Mayfield was nearly perfect in the first half, hitting big throws while spreading the ball around. Nick Chubb was the workhorse we’ve known him to be, and the defense was solid in holding Mahomes and his electric offense to just the two scores.

This is the Browns team that must show up in crunch time: This well-balanced, well-coached executing machine that can play with anyone at anytime. But they need to show up for four quarters. Sunday, they were only around for two.

The second half was a complete disaster for the Browns. The Chiefs scored a touchdown and a field goal in the third quarter while keeping Cleveland off the scoreboard. 22-10 at half became 22-20 going to the fourth.

With the exception of their first drive of the final quarter, Cleveland did very little right when it mattered most.

The Chiefs next play from scrimmage was a perfect demonstration of their championship make-up. Flushed from the pocket, Mahomes heaved a downfield pass that was far from his best throw, but the Chiefs all-world pass catchers can make plays that hide his rare miscues. Tyreek Hill reacted to the deep throw wobbler while Browns defensive back John Johnson III lost the ball. 75 yards and 14 seconds later, the champs had landed a trademark haymaker that had the Browns backing up 29-27.

The Chiefs kept charging like the fighter that knows he’s down on the scorecards. The Browns kept making things worse with poorly timed miscues.

After a three and out, Jamie Gillan mishandled the snap on what would’ve been the first Browns punt of the day.

15 yards and 1:34 later, the Chiefs had their first lead of the day. Another three and out leads to the first actual Browns punt of the day and oil was leaking everywhere from the Browns offense.

Even after the Browns defense finally made a big play forcing KC to punt following a Myles Garrett sack, the day’s final mistake was coming.

Baker Mayfield, who was so good all day completing 75 percent of his passes while throwing for more than 300 yards, made a bad throw after getting the Browns to midfield. Interception. Game over. Another season opening loss.

So after clearly out playing the Chiefs for the first 30 minutes, the Browns offense in the second half produced a touchdown, a fumble, a botched punt, an interception and a three and out. That will never be mistaken for championship football, but there were plenty of teaching moments.

Tough lessons are learned in bitter defeats, and this team knows what needs to be fixed. Better play when it counts the most. They know now they can play with anyone. They just have learn to do it when the game is on the line. That’s the next step. And it will come. They can start Sunday when they open at home against Tyrod Taylor and the 1-0 Houston Texans.