It all came about with the request of a birthday cake. 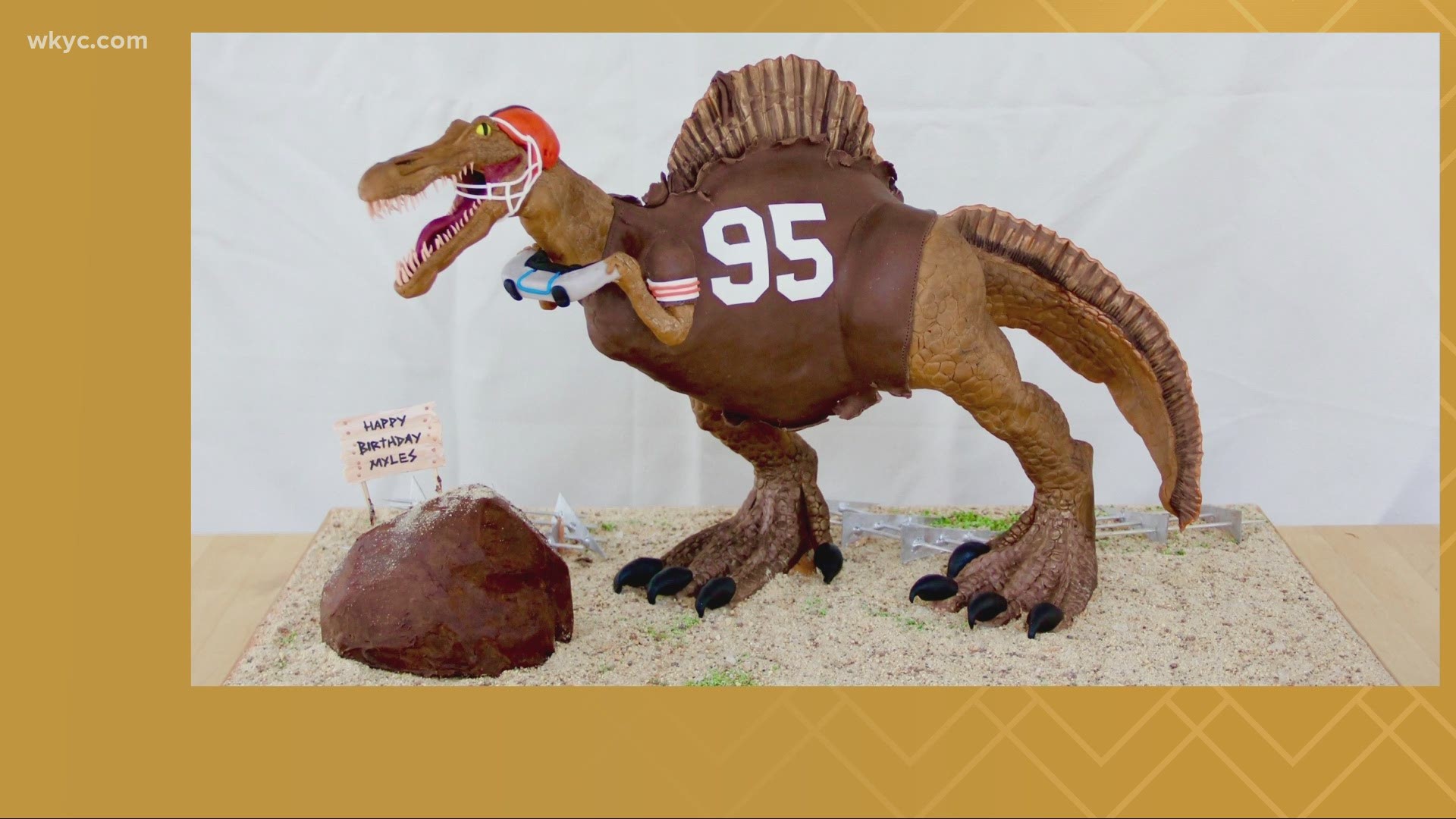 CLEVELAND — So we know Myles Garrett as one of the best defensive ends for the Cleveland Browns, but one local baker learned something about him you might not know.

For Garrett's birthday a few weeks ago, his girlfriend contacted baker Deb Rogers of Sensational Cakes and More to create a mold of Garrett's favorite dinosaur.

"Myles Garrett is very much into dinosaurs," Rogers tells 3News. "He actually has some internet relationships with paleontologists, and he follows what they know about spinosaurus."

So it's only fitting the cake is of a spinosaurus, and according to Rogers, he's made of Madagascar vanilla with chocolate buttercream filling, also plays defensive end and is ready to munch on the Steelers.

But this was no easy feat. Because Garrett is such a fan, Rogers wanted to make sure she got the dino cake just right. She did extensive research on the latest spinosauras findings, including the recent discovery of a new scale on its back.

"I had to do all that research first, then I had to create the structure, which is made of PVC and wire and plywood. All of that process in itself took about 10 hours to research and design the structure, then it was probably 32 hands-on hours to finish the cake."

Rogers said she did all that work on a week off because who says no when Garrett comes calling? The day of his birthday, Garrett's girlfriend posted photos of him enjoying the cake so Rogers could see.

Rogers specializes in structured cakes like Garrett's. She has also made similar ones for former Indians player Yonder Alonzo and former Cavaliers coach Ty Lue. Her other specialty is cake pops.

You can try your hand out with her upcoming cake pop workshop on Jan. 20. Find a link to sign up, here.