Cleveland has now won 10 games for the first time since 2007. 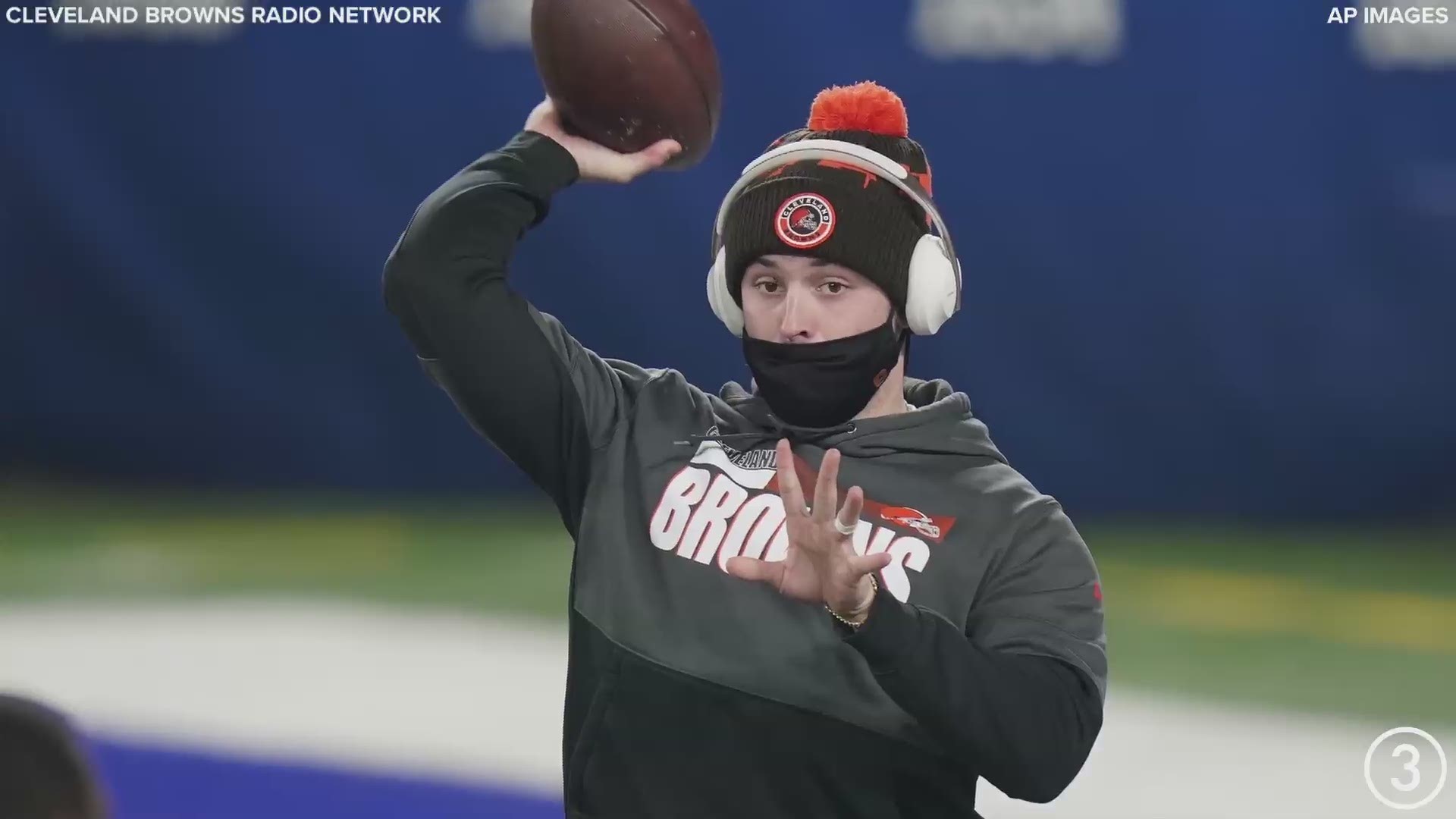 Cleveland beat the New York Giants 20-6 on NBC’s “Sunday Night Football,” recovering from a tough loss to the Baltimore Ravens last week. The team earned its first 10-win season since 2007, and remains in the driver’s seat for a wild card berth in the NFL playoffs.

While it wasn’t a riveting affair, the Browns defense shut down the Giants for most of the night, aided by two fourth-down stops in the red zone. Baker Mayfield was also smooth as silk at quarterback, completing 27-of-32 passes for 297 yards and two touchdowns.

New York drops to 5-9, and looked uninspired most of the night. However, due to playing in a weak NFC East division, they still have a shot at the postseason.

What follows is a drive-by-drive recap of the action, with the latest plays and updates closest to the top. Stay tuned for updates and analysis all night long on 3News and WKYC.com.

1:05: The Browns punt, and the Giants will take over at their own 20. However, down two scores with no timeouts, New York will need a miracle.

4:06: The Giants cut into the deficit with a 39-yard field goal by Graham Gano, but the Browns still lead 20-6. New York attempts an onside kick, but Cleveland recovers it, and the ruling is upheld after a challenge.

6:25: The Browns go just nine yards on six plays and are forced to punt, but burn some more time off the clock. The Giants take over at their own 23.

10:17: Multiple penalties stifle the Giants, and they are forced to punt again. The Browns will take over on their on their own 46 after a Donovan Peoples-Jones return was aided by a personal foul by Cam Brown.

On the negative side, Sheldon Richardson will not return after suffering a neck injury.

12:53: 14 plays, another 95 yards, another Browns touchdown: After having on taken off the board due to a clipping flag, Nick Chubb punches it in from 2 yards away. Cleveland is in control, up 20-3.

.@NickChubb21 is IN for the touchdown! 🚂

5:57: The Giants drive into Browns territory, but stall at the 44-yard line and are forced to punt. Cleveland will take over at its own 5 after a penalty.

In more injury news, defensive tackle Sheldon Richardson had to be helped off the field with an injury.

12:02: Dexter Lawrence sacks Baker Mayfield on second down and eventually forces a Browns punt. Jamie Gillan boots it 47 yards to the Giants 14, where New York will start on offense in the second half.

Quick injury update: Chris Hubbard will not return after hurting his knee in the first quarter.

5:16: Another long drive leads to another Giants red zone trip, but once again, the G-Men are stopped on fourth down as Wayne Gallman Jr. is stopped by Karl Joseph and Sheldrick Redwine. It'll be first down Browns on their own 5-yard line.

12:31: The Browns answer back with an impressive drive capped off by a 2-yard touchdown pass from Baker Mayfield to Austin Hooper. Cleveland takes a 7-3 lead.

4:12: A pitch-and-catch from Colt McCoy to Darius Slayton sets up a 37-yard field goal by Graham Gano. The Giants take an early 3-0 lead.

More bad news for the Browns, as right guard Chris Hubbard is questionable to return after injuring his knee on the opening drive.

7:05: The Browns stall on the New York 42, and Baker Mayfield's fourth-down pass is deflected by at the line of scrimmage. The Giants take over looking to make up for the early missed opportunity.

11:36: The Giants get a nice kickoff return from Dion Lewis and drive toward the goal line, but choose to try a trick play on fourth down from the Browns 8 rather than try a field goal. Punter Riley Dixon's pass sails high, and Cleveland takes over.

On the Browns side, Mack Wilson is a healthy scratch at linebacker. The second-year Alabama product has just 32 tackles this year.