Fan voting counts for 1/3 of the process. The rosters for the game will be announced Tuesday. 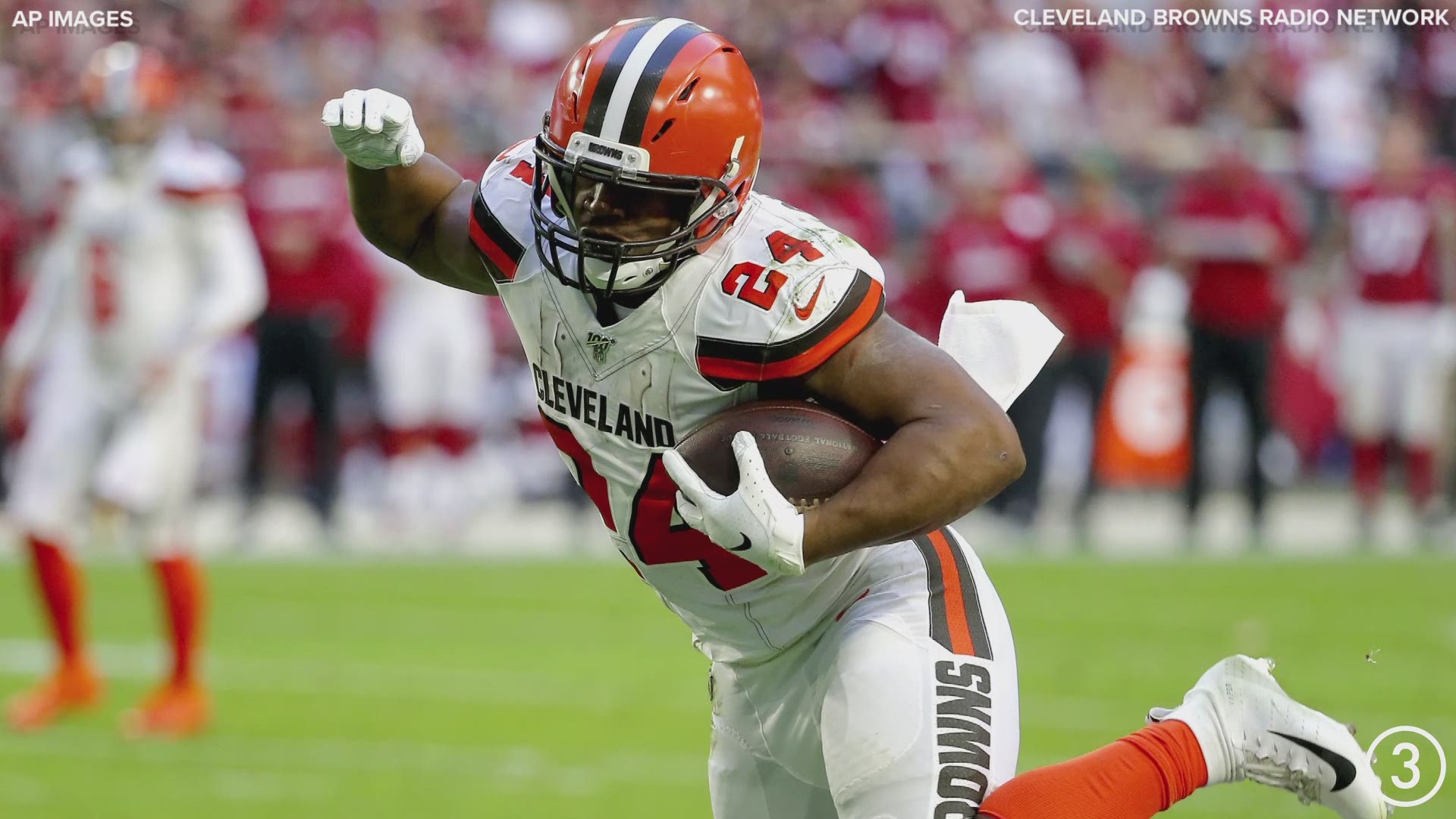 CLEVELAND — Not much has gone right for the Browns this season, but everyone can agree there has been one incredible bright spot.

Coming off a solid rookie season, running back Nick Chubb has taken the NFL by storm, leading the league with 1,408 yards rushing to go with eight touchdowns. With two games remaining, the yardage total is already tied for fifth in team history, with the only higher totals coming from the legendary Jim Brown (although Brown's teams never played more than 14 games per season).

With his stellar performance, fans not just in Cleveland but across the country are taking notice: According to the NFL, Chubb topped all AFC running backs in fan voting for the 2020 Pro Bowl at 316,008. He is the only Browns player to be leading at any position.

The Pro Bowl rosters will be announced Tuesday at 8 p.m. on NFL Network, with fans counting for one-third of the voting along with fellow players and coaches. 88 players (44 for each conference) will be selected for the game, and several of those spots will likely later be filled by alternates.

No Browns running back has made the Pro Bowl since Leroy Hoard in 1995 (1994 season). Defensive end Myles Garrett and cornerback Denzel Ward were both voted into the game last year, while wide receiver Jarvis Landry and guard Joel Bitonio joined them as alternates.

RELATED: How can the Cleveland Browns still make the 2019 NFL Playoffs?