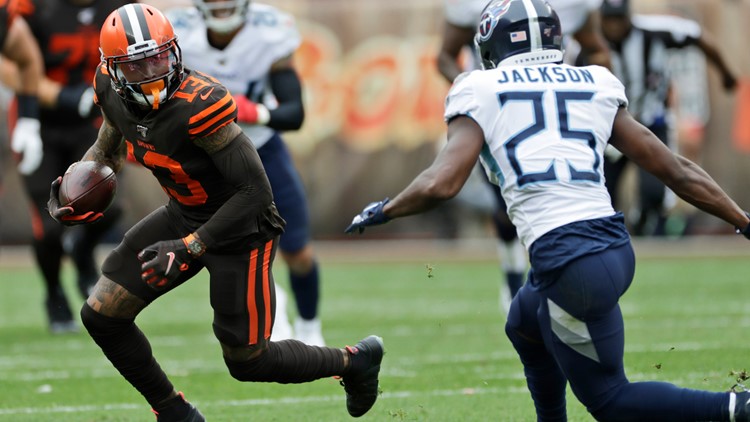 Beckham said Tuesday that his jewelry "shouldn't be an issue" and the NFL is only making it one because he's the one involved.

"If anybody else would've worn the watch, or if it was a $20 watch, it wouldn't have been no problem," Beckham said.

The league spoke to the Browns on Monday about Beckham's decision to wear the Richard Mille watch, which retails for more than $200,000. Beckham said he has not been directly contacted by anyone from the league.

Players are permitted to wear jewelry, but Beckham's decision to wear the watch could violate the league's restrictions on "hard objects."

Beckham said his watch should be allowed because it's plastic and noted players wear knee braces "made out of metal and you don't see them taping it up, no jewelry on, so I'm good.'"