The Cleveland Browns enter training camp with one of the best collections of offensive talent in the NFL. 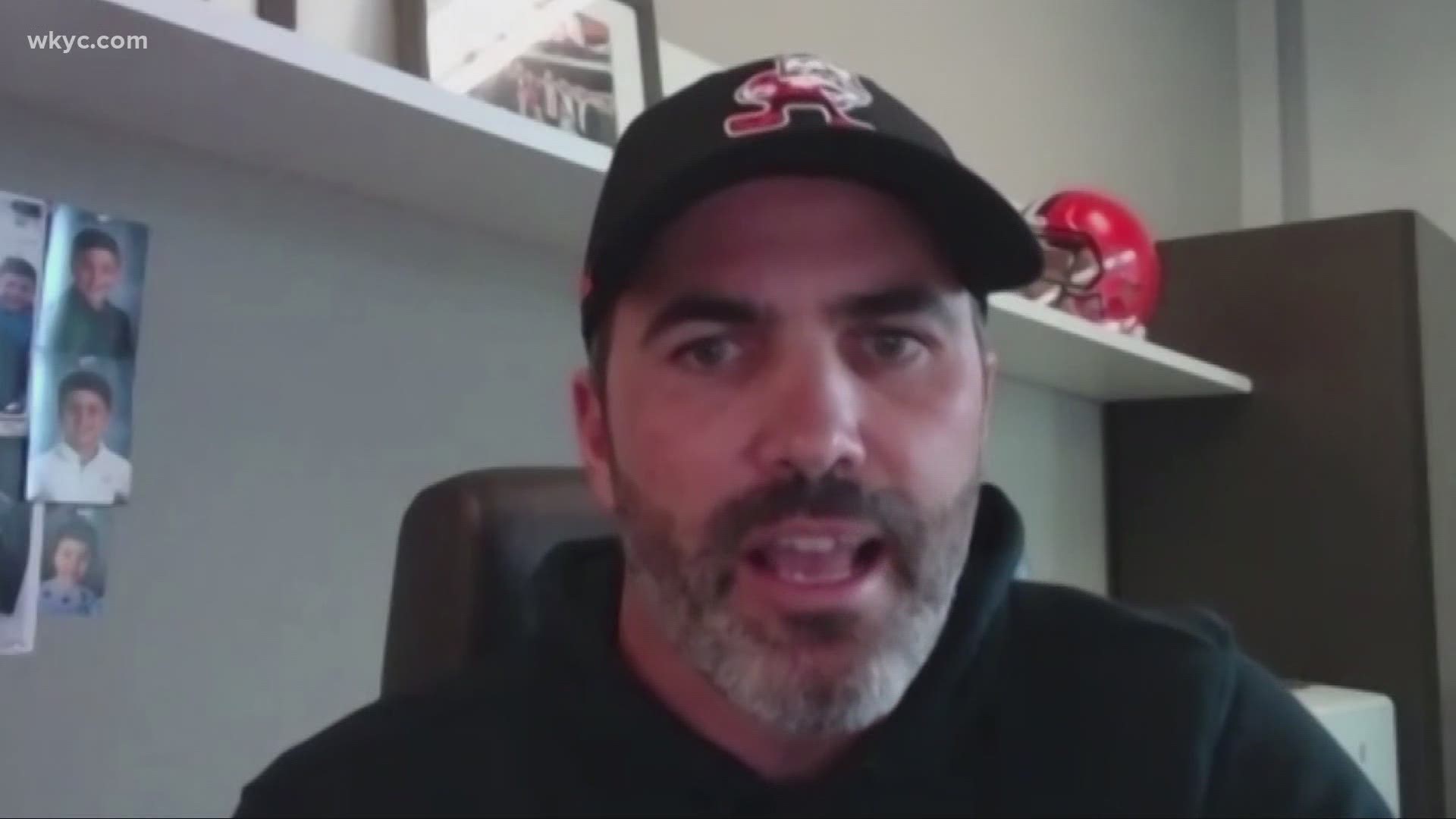 BEREA, Ohio — On Tuesday, the Cleveland Browns will report to Berea for the first official day of their 2020 Training Camp.

And while this training camp will look unlike any other in team history and all preseason games have been canceled, it's still worthwhile to examine the team's depth chart in order to get a grasp of where its roster stands.

With that in mind, here's a look at how the Browns' offensive depth chart projects heading into the start of camp.

Baker Mayfield is looking to bounce back after a disappointing 2019 and backup Case Keenum arrives in Cleveland after signing a 3-year, $15 million free agent contract. That means that last year's backup, Garrett Gilbert, will be fighting for a roster spot, with undrafted free agent Kevin Davidson likely to only be used as an extra offseason arm.

Nick Chubb and Kareem Hunt combine to give Cleveland arguably the best running back duo in the NFL and could each thrive individually under new head coach Kevin Stefanski. Dontrell Hilliard and D'Ernest Johnson will likely battle it out for a No. 3 running back/special teams role, with Hilliard having the edge thanks to his experience.

Thanks to the arrival of Stefanski, the fullback position is making its return to the Browns offense. Acquired in an offseason trade with the Denver Broncos, Andy Janovich is primarily a blocker, but also possesses rushing and receiving ability.

Odell Beckham Jr. and Jarvis Landry are one of the most talented receiving duos in the league, but both LSU products are coming off of offseason surgeries. As a result, the Browns will need Rashard Higgins to bounce back from his disappointing 2019 season and for sixth-round pick Donovan Peoples-Jones to outplay where he was drafted in order to provide depth they otherwise lack.

The signing of 2-time Pro Bowl selection Austin Hooper and selection of fourth-round pick Harrison Bryant resulted in former first-round pick David Njoku requesting a trade. Given Stefanski's use of 2-tight end sets, Cleveland's preference would be to keep Njoku, but Bryant's progress could make the Miami product expendable.

Should the Browns ultimately deal Njoku, it could open the door for Pharaoh Brown or Stephen Carlson to make the final 53-man roster.

Addressing arguably the Browns' biggest need, first-year general manager Andrew Berry signed Jack Conklin as a free agent and used the No. 10 overall pick of the draft to select Jedrick Wills Jr., effectively overhauling Cleveland's offensive tackle position. Although he struggled as a starter, Chris Hubbard provides quality depth and experience on both sides of the line.

Inside, J.C. Tretter returns at center, but the team has already hinted at having high expectations for fifth-round Nick Harris. Rather than pushing Tretter at center, it's possible that Harris could begin his NFL position at right guard -- the only position on Cleveland's offensive line without a seemingly solidified starter.