The Browns had no shortage of representatives at the Trojans' pro day on Wednesday. 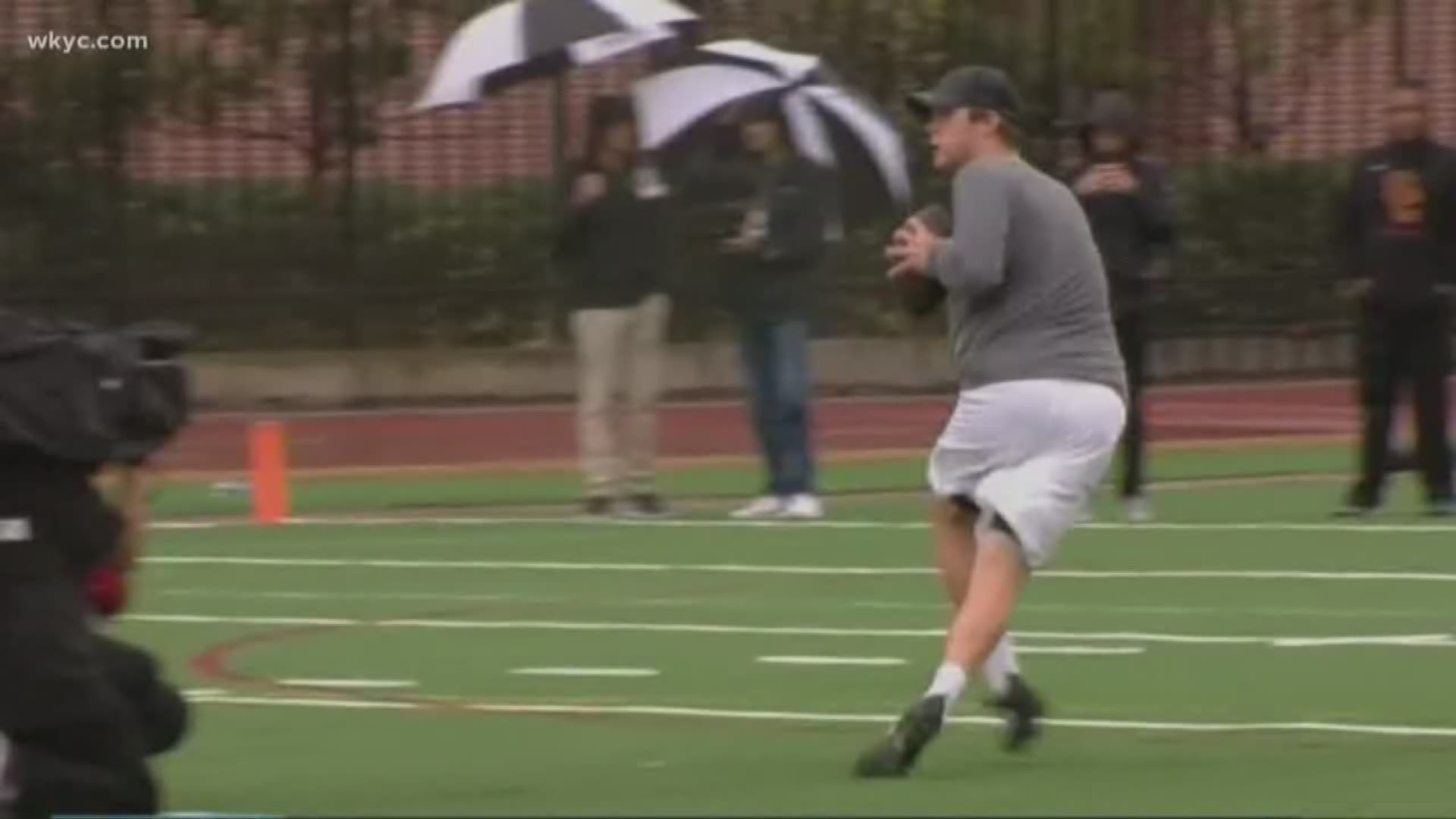 Since buying the Cleveland Browns in 2012, subtlety has never been Jimmy Haslam's strong suit.

That trend continued on Wednesday, when the Browns owner attended the University of Southern California's pro day in Los Angeles, where highly rated quarterback prospect Sam Darnold worked out for NFL teams.

Browns owner Jimmy Haslam sitting by himself in the bleachers at USC. Dorsey, Hue Jackson and Todd Haley are on the field. pic.twitter.com/keeYKkAavI

All in the family? @Browns owner Jimmy Haslam taking in the action at USC Pro Day with Chris & Mike Darnold pic.twitter.com/nzakLg7rfv

Haslam was part of a sizable Cleveland contingent in Los Angeles on Wednesday, which also included general manager John Dorsey, head coach Hue Jackson and offensive coordinator Todd Haley. That the Browns would want a heavy presence at Darnold's pro day isn't necessarily unusual, but Haslam's decision to not only attend, but meet with the quarterback's parents might signal which way Cleveland is leaning toward with the No. 1 overall pick in the 2018 NFL Draft.

For comparison's sake, neither Dorsey, Jackson nor Haslam attended the pro day of Oklahoma quarterback Baker Mayfield last week due to conflicts with the start of NFL free agency. For similar reasons, the Browns sent VP of Player Personnel Alonzo Highsmith to UCLA's pro day to visit with Josh Rosen, although according to Cleveland.com's Mary Kay Cabot, the team privately worked out the Bruins signal-caller on Tuesday.

The Browns reportedly have similar workouts planned with Mayfield and Wyoming's Josh Allen later this week. But if a picture paints 1,000 words, the image of Haslam at USC's pro day would seem to indicate that Darnold -- who drew rave reviews for his workout on Wednesday -- is the current front-runner to be Cleveland's No. 1 pick next month.