Cleveland Browns ‘Perfect Season’ parade: Everything you need to know

It all goes down outside FirstEnergy Stadium. 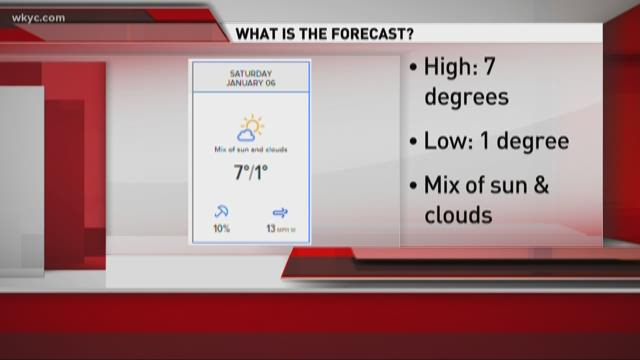 CLEVELAND -- Remember that epic parade for the Cleveland Cavaliers?

This isn't that parade.

The Cleveland Browns “Perfect Season” parade is happening because the team went 0-16 following Sunday's latest loss against the Pittsburgh Steelers.

Yep, it's the celebration of a perfect losing season.

Want to go to the parade? Below is a guide to everything you need to know...

WHAT IS THE PARADE ROUTE?

It's short. The parade literally circles FirstEnergy Stadium. It starts at the corner of Alfred Lerner Way and Erieside Avenue. It also ends there.

WHAT IS THE WEATHER GOING TO BE?

Saturday is expected to bring the coldest weather we've had in a long time. The high that day is forecasted to be 10 degrees, while the low will be around -3. Bundle up! The good news? We're actually expecting some sunshine that day. CLICK HERE to see the full forecast.

HOW CROWDED WILL IT BE?

Nobody really knows, but the parade's Facebook page shows more than 6,200 people have signed up to attend as of 7 a.m. Thursday with another 19,000+ interested in going.

WHO PUT THIS PARADE TOGETHER?

The brains behind the parade is Chris McNeil. He has raised more than $12,500 on GoFundMe to help pay for the event.

You earned it, @Browns. pic.twitter.com/tFzw67MpaY

WHO IS THE GRAND MARSHAL?

Shane "Rover" French of "Rover's Morning Glory" on WMMS will lead the parade.

WHO IS THE PARADE QUEEN?

WHO IS MARCHING IN THE PARADE?

There are approximately 40 total units that will join the parade. McNeil tells Ohio.com one of the featured guests includes a man who has a Halloween graveyard for every starting Browns quarterback.

Yes. You can buy a "Perfect Season" parade T-shirt HERE.

WHAT DOES JIMMY HASLAM THINK OF 2018'S SEASON?

He has the ultimate faith in head coach Hue Jackson, saying he could be a "hero" for the Browns.