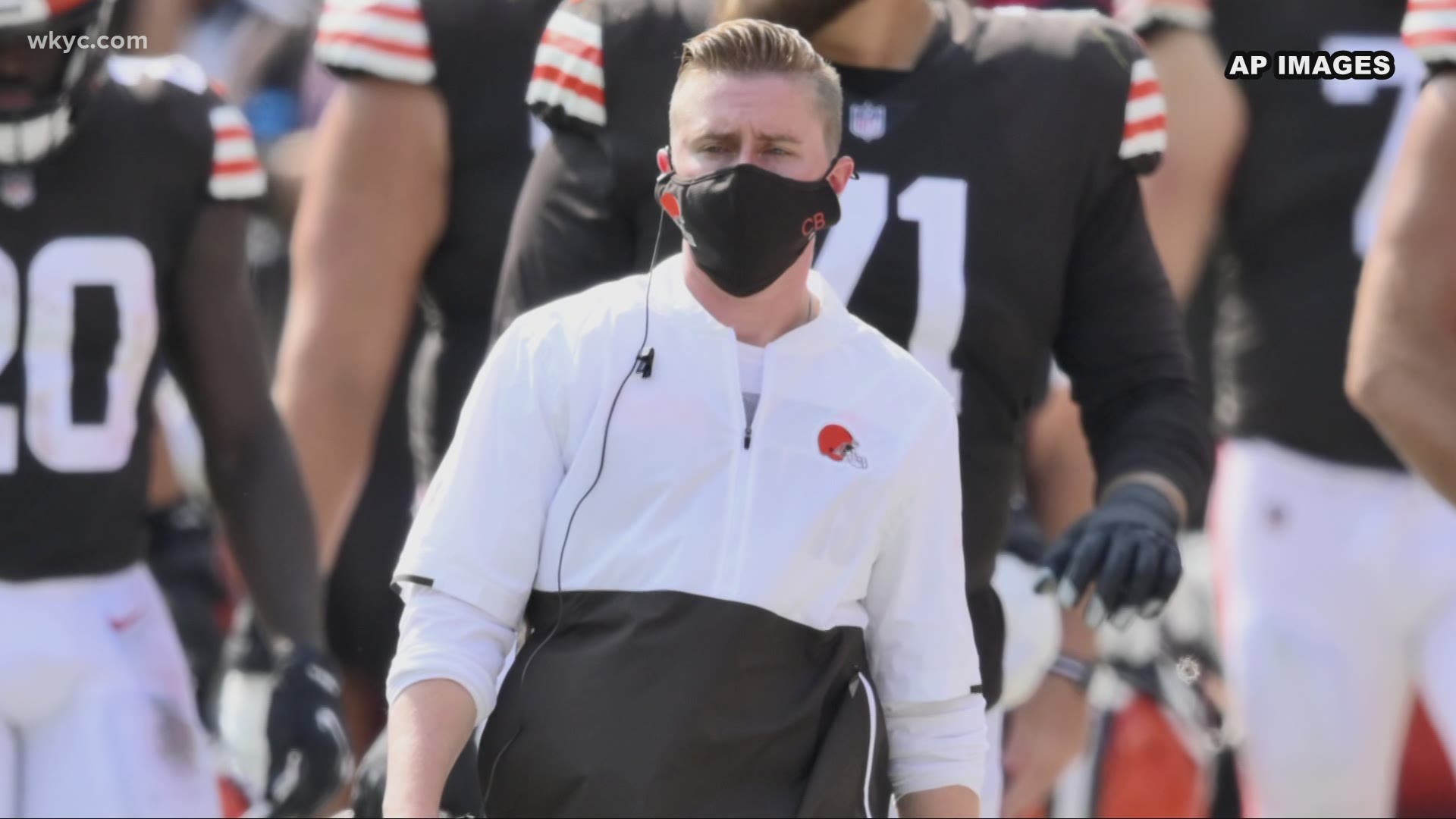 CLEVELAND — Shortly after Kevin Stefanski revealed that Callie Brownson had been suspended, but won't be fired, following a drunk driving charge, at least two members of the Cleveland Browns' roster took to social media to show their support for the team's chief of staff.

"Live & learn from mistakes," Browns linebacker Mack Wilson tweeted. "We got your back Callie."

"We Got Your Back Callie!!" tweeted Browns defensive back M.J. Stewart.

On Tuesday, Brownson pled no contest to a charge of operating the vehicle (OVI) after she was pulled over for speeding in Brunswick on May 27. After being asked to take a breathalyzer test, the 31-year-old Brownson blew a .215 -- more than twice the legal limit.

Bodycam footage obtained by 3News shows Brownson speaking to the police officer and informing him that she is a coach of the Browns during the following exchange:

Brownson: “Can I explain to you why that concerns me? I’m a Cleveland Browns coach. This is detrimental to my career. I’m right at my house. I’d love to just go home, sir.”

Officer: “I understand that, but like I’ve expressed to you before, I have serious concerns about your ability to operate a motor vehicle safely. You’ve been operating a vehicle after consuming alcoholic beverages. I already explained to you my observations that concern me.”

Brownson: “I can walk home.”

Officer: “I understand that. OK. I have to do my job as well.”

After pleading no contest, Brownson received a $700 fine and will likely have to take part in a driver intervention program, court records show. Last season, she became the first female position coach in NFL history when she filled in as Cleveland's tight ends coach during its Week 12 victory over the Jacksonville Jaguars.

Live & learn from mistakes. We got your back Callie. 🤎🧡

Yet despite the support Brownson received from two of her team's players, some fans replied to Wilson and Stewart expressing disappointment over her actions.

It is true that none of us are perfect. However, what she has done needs to be examined more than just to say we all make mistakes and then move on. Her "mistake" could have hurt or killed someone. Whst would anyone on here who could have had a loved one killed be saying then?

Honestly fire her no excuse

She has to go