Following his performance in the Cleveland Browns' victory over the Cincinnati Bengals, Baker Mayfield became the new betting favorite to win the NFL's Offensive Rookie of the Year award. 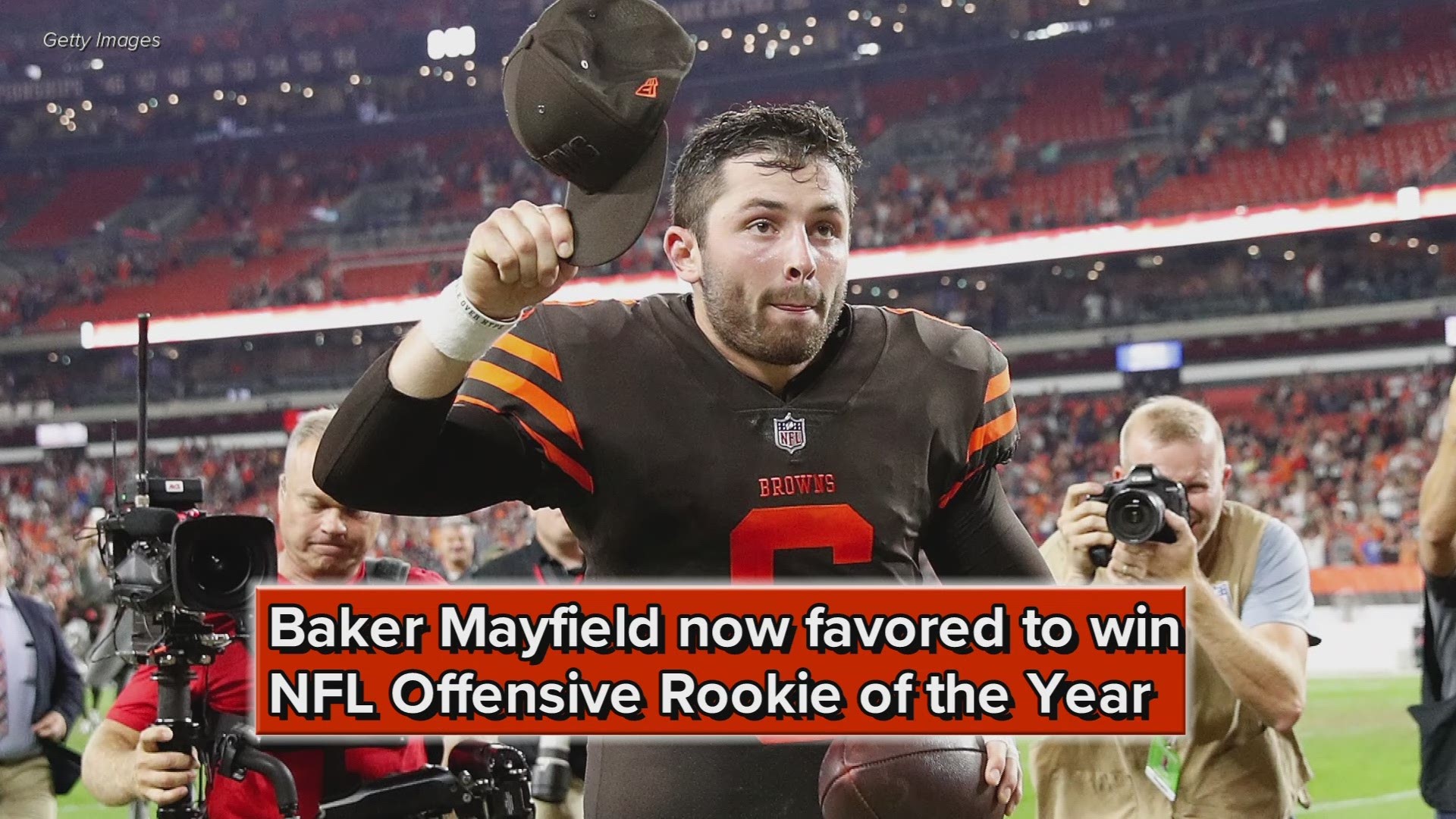 CLEVELAND -- Despite his stellar debut season, it's seemed unlikely that Baker Mayfield would win the NFL's Offensive Rookie of the Year.

Although Mayfield has emerged as arguably the league's top-year quarterbacks, New York Giants running back Saquon Barkley has established himself as one of the NFL's top running backs of any age.

But following his performance in the Cleveland Browns' 26-18 victory over the Cincinnati Bengals on Sunday, the odds have shifted in Mayfield's favor. On Wednesday, betting site Bovada released its latest odds for the 2018 NFL Offensive Rookie of the Year award, with Mayfield being named the new betting favorite.

The reigning No. 1 overall pick, however, is hardly a home run to earn the honor.

While Mayfield currently possesses -130 odds to win the award, Barkley -- the only other candidate listed -- isn't far behind at -110. In both cases, bettors would have to lay more money than they would win back on a prospective wager, with one needing to risk $130 to win $100 on Mayfield and $110 to win $100 on Barkley.

The difference in the two odds is so small that either could shift based on the amount of money being bet. It also doesn't take into account that both Mayfield and Barkley have one game remaining, with the Browns facing the Baltimore Ravens on Sunday and the Giants hosting the Dallas Cowboys.

Facing a Ravens defense that ranks first in scoring and yardage and fourth in passing, Mayfield will have his work cut out for himself maintaining pole position. Entering Sunday, the Oklahoma product has completed 64.6 percent of his passes for 3,349 yards, 24 touchdowns and 11 interceptions. Barkley, meanwhile, has amassed 1,886 yards from scrimmage and 14 total touchdowns, ranking third in the league in rushing with 1,198 yards.

As the odds suggest, the 2018 Offensive Rookie of the Year race will come down to the wire. But for once this season, Mayfield won't have the benefit of touting himself as the underdog.