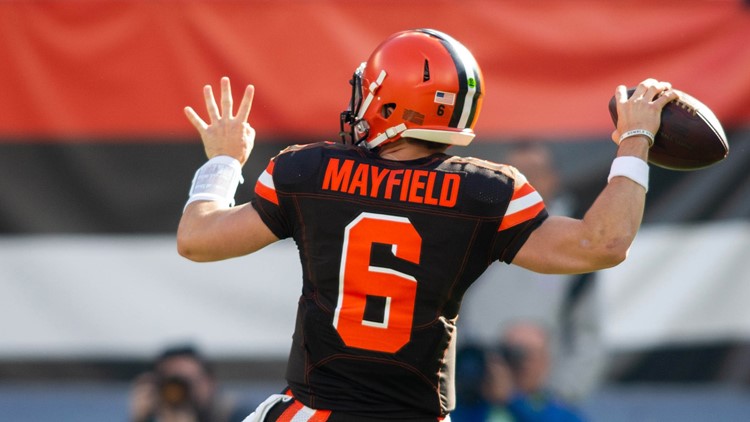 Cleveland Browns quarterback Baker Mayfield has been voted the NFL Pepsi Rookie of the Week.

If that sounds familiar, it's because it's the fourth time it's happened this season.

Mayfield's latest honor comes following what was the best game of his rookie season. The reigning No. 1 pick completed 19 of his 26 pass attempts for 258 yards and 4 touchdowns in the Browns' 35-20 victory over the Cincinnati Bengals on Sunday.

QB @bakermayfield has won @NFL Rookie of the Week AGAIN!

Earlier this week, Mayfield was named the NFL's Offensive Rookie of the Month for November. In three games, Mayfield has completed 73.9 percent (65-for-88) of his passes for 771 yards, 9 touchdowns and 1 interception.

Over that span, the Browns have compiled a 2-1 record, including double-digit wins over the Falcons and Bengals.

On the season, Mayfield now lays claim to a 62.7 completion percentage, 2,242 yards, 17 touchdowns and 7 interceptions. This week marks the eighth time in 12 weeks a Browns player has been voted NFL Pepsi Rookie of the Week, with cornerback Denzel Ward (Week 1, Week 5) and running back Nick Chubb (Week 4, Week 10) having also received the honor multiple times.

Laying claim to a 4-6-1 record, the Browns will return to action on the road on Sunday when they face the Houston Texans at 1 p.m. ET.