Cleveland Browns QB Tyrod Taylor: Friday's game not about me against Buffalo Bills

Cleveland Browns quarterback Tyrod Taylor says Friday's game is not about him against the Buffalo Bills. 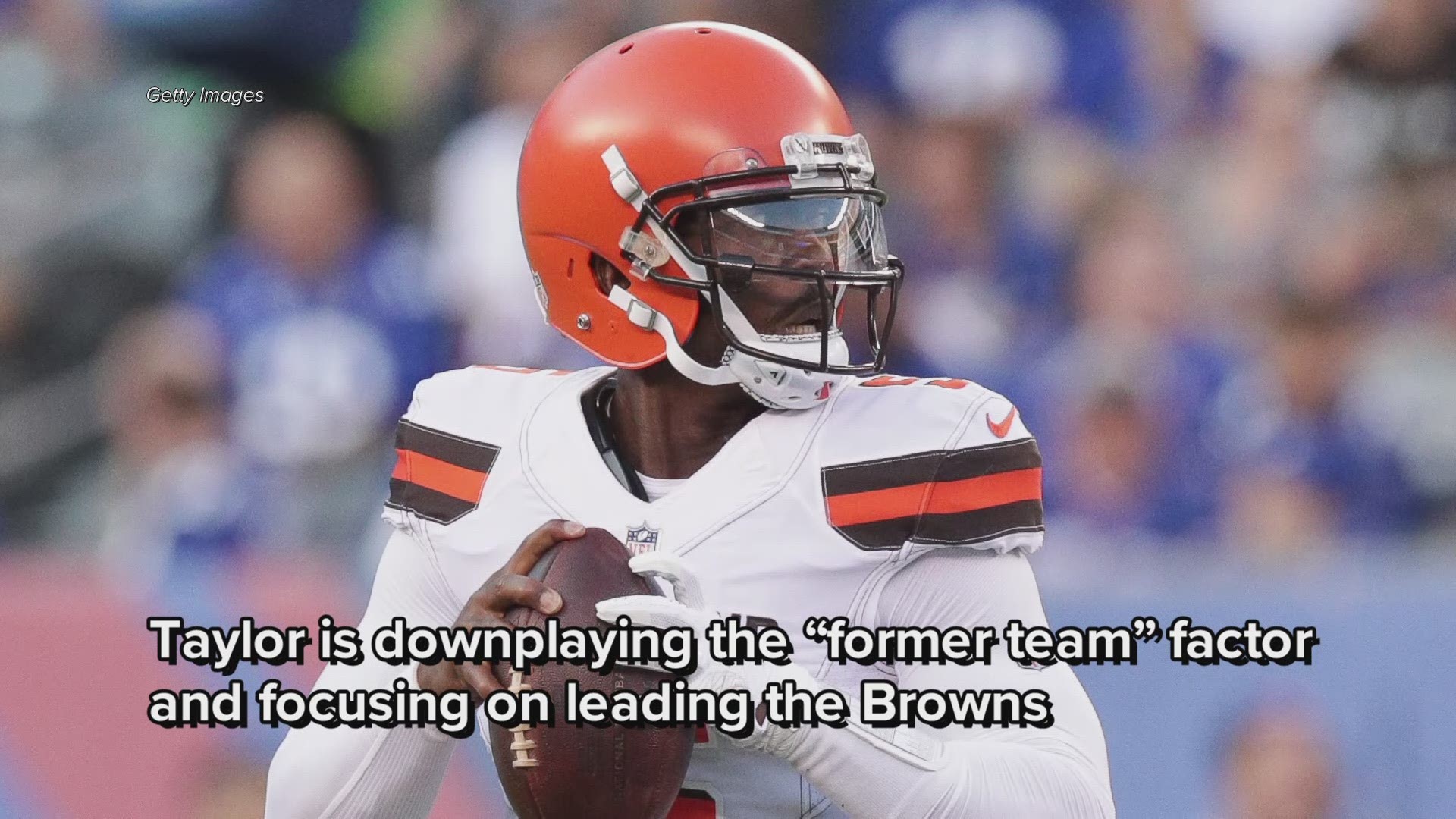 BEREA, Ohio -- Cleveland Browns quarterback Tyrod Taylor will get a chance to match up against the very team that dealt him away for a third-round pick in the 2018 NFL Draft, when the Buffalo Bills come to FirstEnergy Stadium for the second game of the 2018 preseason on Friday night.

But ahead of the contest, Taylor is downplaying the “former team” factor and focusing on leading the Browns successfully down the field every time they have the football.

“This game isn’t about them nor just me or our relationship,” Taylor said prior to Tuesday’s practice. “It’s about us taking another step, getting better. It’s Week 2 of the preseason and you want to see growth at every position and in all phases from the first week, so that’s more so what this game is about.

Although Taylor had a limited amount of plays with the first-team offense in last Thursday’s preseason opener against the New York Giants at MetLife Stadium in East Rutherford, New Jersey, he completed all five of his throws for 99 yards and one score against New York’s first-team defense.

That one score was a 36-yard touchdown pass to second-year tight end David Njoku. Taylor found Njoku with a 16-yard throw on the right side of the formation, and the emerging tight end sprinted the final 20 yards before diving into the end zone for the touchdown.

“Anytime I get a chance to compete, I’m going to go out there and do my best to show what I can do as well as help the team win, so preseason or regular-season game, it’s the same,” Taylor said.

In his three seasons with the Bills, the 6-foot-1, 215-pound Taylor completed 774 passes for 8,837 yards and 51 touchdowns against 16 interceptions. Also, Taylor helped the franchise break a 17-year playoff drought when the Bills qualified for the 2017 NFL Playoffs on the final day of the season.

“I have nothing to hold my head about in my time in Buffalo,” Taylor said. “Like I said, it was a progression from a players’ standpoint each and every year.”