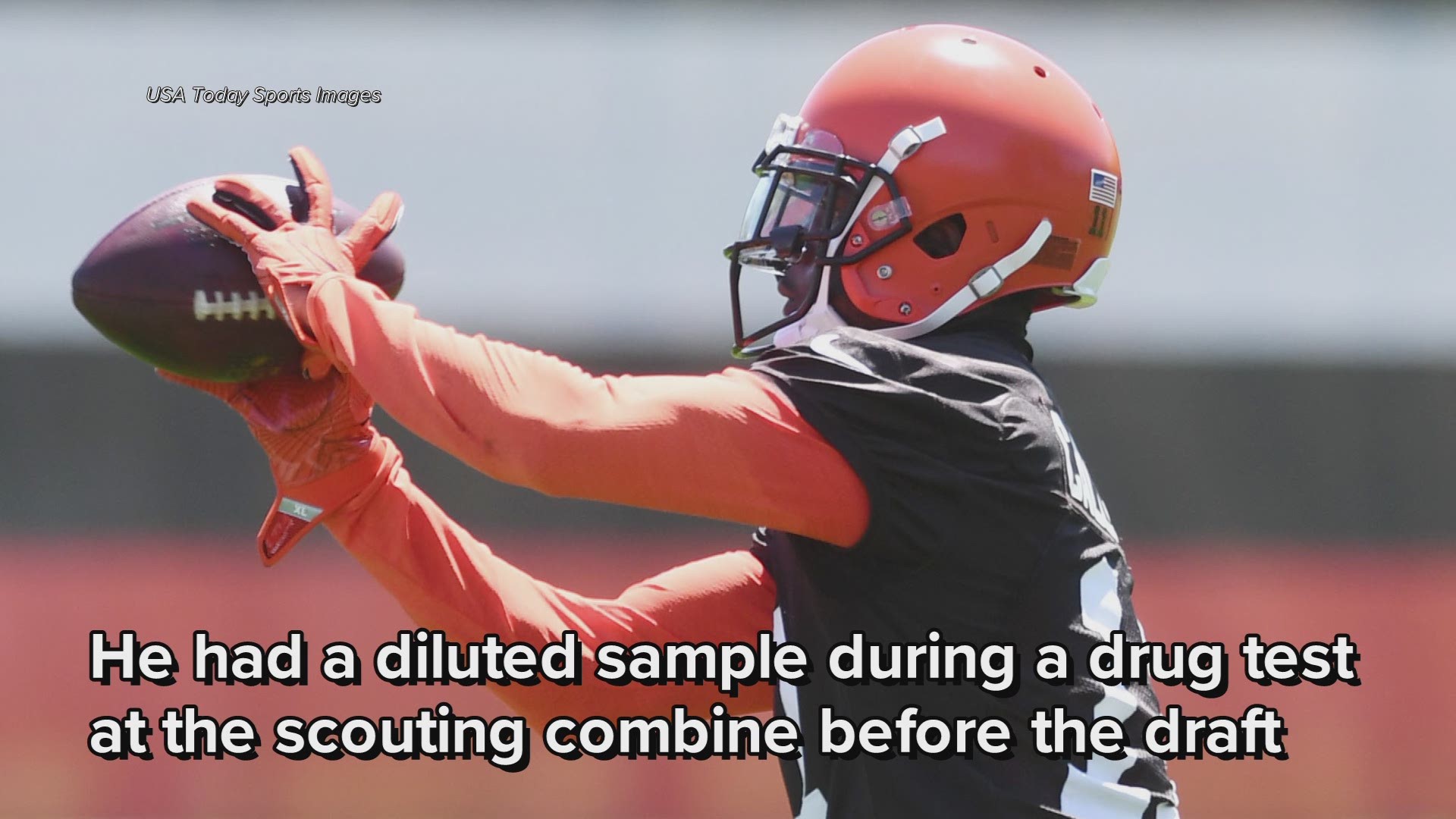 A fourth-round pick, Callaway arrived in Cleveland following a tumultuous career at Florida, in which he was accused of sexual assault prior to an investigation in which he was eventually cleared. The 5-foot-11 wideout was also suspended for the entirety of the 2017 season as the result of a credit card scam and also provided a diluted sample during drug testing at the NFL Scouting Combine.

Nevertheless, the Browns opted to take a chance on Callaway, who many believed would have been a first-round pick if not for his off-field issues.

“Character is important,” Cleveland general manager John Dorsey said after selecting Callaway with the No. 105 pick. “I think it’s a case-by-case basis. You sit and meet individuals, and then, you begin to understand what they are as people. If you sit there and understand his situations and his life story, you can see a guy that actually loves the game of football, but he likes structure, he likes routine.

“You can see that there’s a degree of humility with this person. So you have to do your risk tolerance and say, ‘Okay, where are we here?’ And I thought this was the appropriate level to kind of make a move like this.”

In two seasons at Florida, Callaway amassed 89 receptions for 1,399 yards and 7 touchdowns. He also returned 55 punts for 653 yards and 2 scores.

On Monday, Callaway practiced with the Browns' first-team offense following the team's decision to trade former first-round pick Corey Coleman to the Buffalo Bills. It remains to be seen how his latest citation will affect his availability moving forward, with the Browns slated to make their preseason debut on Thursday night against the New York Giants.