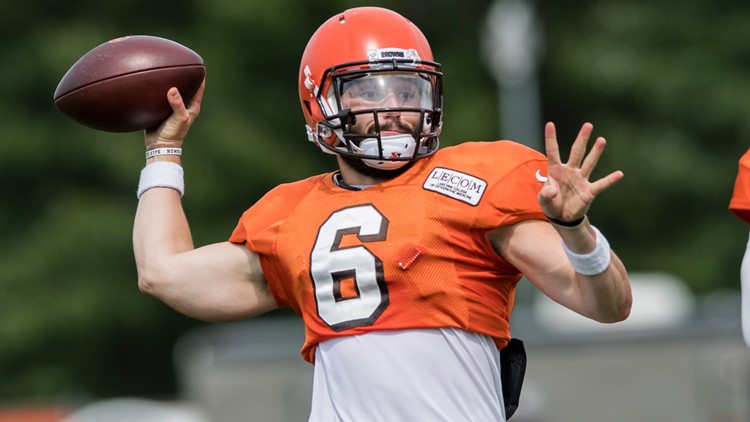 Between the emergence of a franchise quarterback and the acquisition of one of football's most famous players, the Cleveland Browns' 2019 season is one of the most highly anticipated in team history.

Wednesday proved as much.

With Training Camp now less than a month away, the team put tickets on sale for its first eight preseason practices -- a schedule that spans from July 25-August 2. The 'Wave 1' tickets didn't remain on the market for long, as the team announced at 11:42 a.m. that they sold out less than two hours after first being made available to the general public.

If you missed out on Wednesday morning's ticket sales and are looking to watch the Browns' this preseason, fear not. In addition to the Orange & Brown Scrimmage at FirstEnergy Stadium -- for which tickets are now available -- the team will release its tickets for 'Wave 2' of Training Camp on July 8.

As was announced last week, the Browns' 2019 Training Camp schedule is as follows:

That tickets to the Browns' open practices -- which are free -- came in such high demand Wednesday doesn't come as much of a surprise. After posting a 7-8-1 record in 2018, Cleveland is coming off its best season in more than 10 years and an offseason in which it acquired star receiver Odell Beckham Jr. to pair with second-year quarterback Baker Mayfield.

According to multiple sportsbooks, the Browns are the betting favorite to win the AFC North, which would mark the franchise's first division title since 1989.

“I’m almost giddy,” Beckham said at minicamp earlier this month. “I feel like a little kid with the excitement that I have, seeing Baker, seeing these guys, seeing ... you know we talk a lot about this offense, but this defense is something special and this team is really coming together.

“I’m beyond excited about the opportunity I have here to start over, a new team. Obviously, the goal is always going to be the same -- to hang banners. That’s what you play this game for. We know we got a lot of expectations. We got a lot of work to do and I think we’ll get there.”