The Cleveland Browns have signed offensive lineman Earl Watford and released six players from their roster. 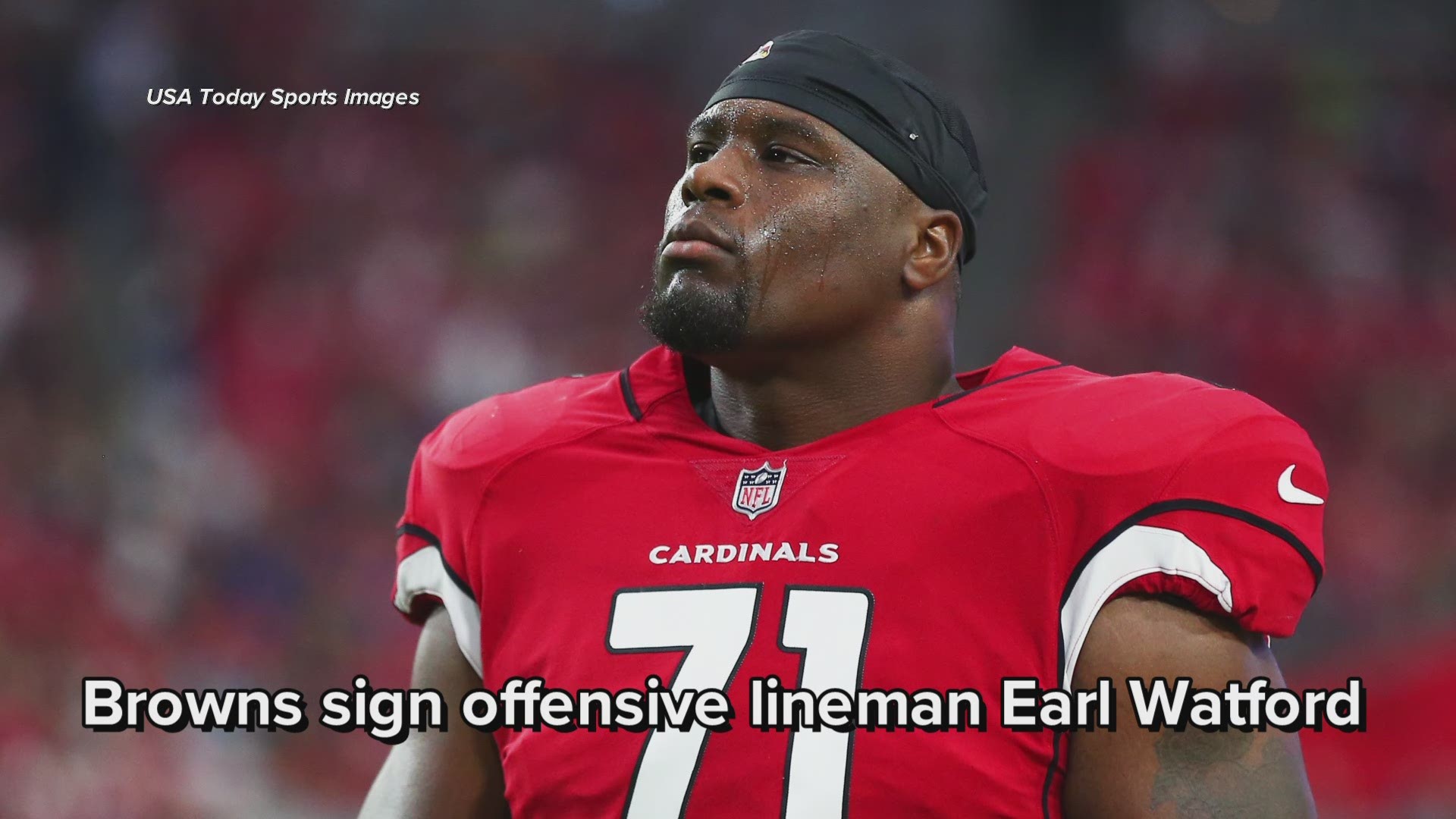 BEREA, Ohio -- The Cleveland Browns got an early start on the formation of their 53-man roster ahead of Saturday’s 4 p.m. deadline.

The 6-foot-3, 300-pound Watford is in his fifth NFL season out of James Madison University.

A fourth-round pick of Arizona in the 2014 NFL Draft, Watford played in 43 games with 21 starts for the Cardinals, including nine last season where he played at both left and right guard. The Philadelphia, Pennsylvania native was released by the Chicago Bears’ roster on Sunday.

By releasing Martin, the Browns are sticking by second-year kicker Zane Gonzalez despite his struggles as a rookie in 2017.

The Browns wanted to improve their special-teams play heading into the 2017 season after enduring several missed field goals from former Pro Bowl kicker Cody Parkey in 2016, and in order to do so, they Browns selected Gonzalez, a standout at Arizona State University, with the 224th pick in the 2017 NFL Draft.

However, in his first season with the Browns, Gonzalez missed two field goals between 30 and 39 yards, another two between 40 and 49 and one from over 50. Additionally, Gonzalez missed a point-after-touchdown.

Despite recent struggles in practice, Gonzalez has converted all four of his kicks in the preseason, including a 54-yard field goal that helped the Browns earn a 5-0 win over the Philadelphia Eagles at FirstEnergy Stadium last Thursday night.