Hunt was released from the Chiefs this past season after a video showed him in an altercation with a woman in a Cleveland hotel. 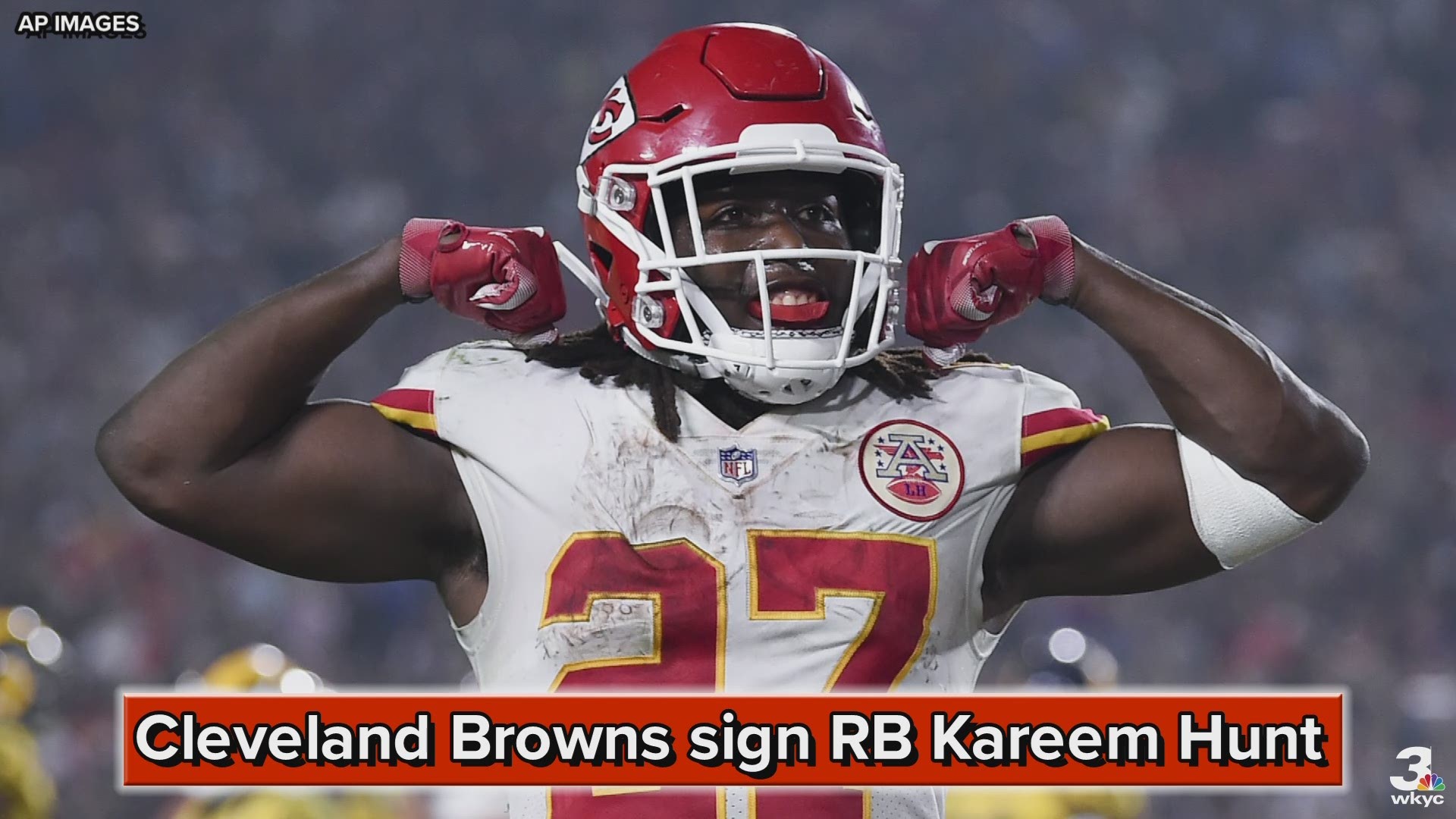 And the troubled running back is coming home.

On Monday, the Cleveland Browns announced they have signed the Willoughby South product to a free agent contract. Hunt, who led the NFL in rushing as a rookie in 2017 was released by the Kansas City Chiefs in November after a security video showed him in an altercation with a woman in at The Metropolitan at the 9 hotel in downtown Cleveland.

Although charges against Hunt were never filed as a result of the incident, footage from it clearly shows the 2017 Pro Bowl selection shoving and kicking a 19-year-old Kent State student. After the footage was made public, Hunt was placed on the commissioner's exempt list.

The 23-year-old Hunt remains under league investigation for three off-field incidents: The incident at the 9, an alleged altercation with a man that occurred at Put-in-Bay and a January 2018 fight in Kansas City. There stands reason to believe he'll be facing a suspension of some sort to start the 2019 season. 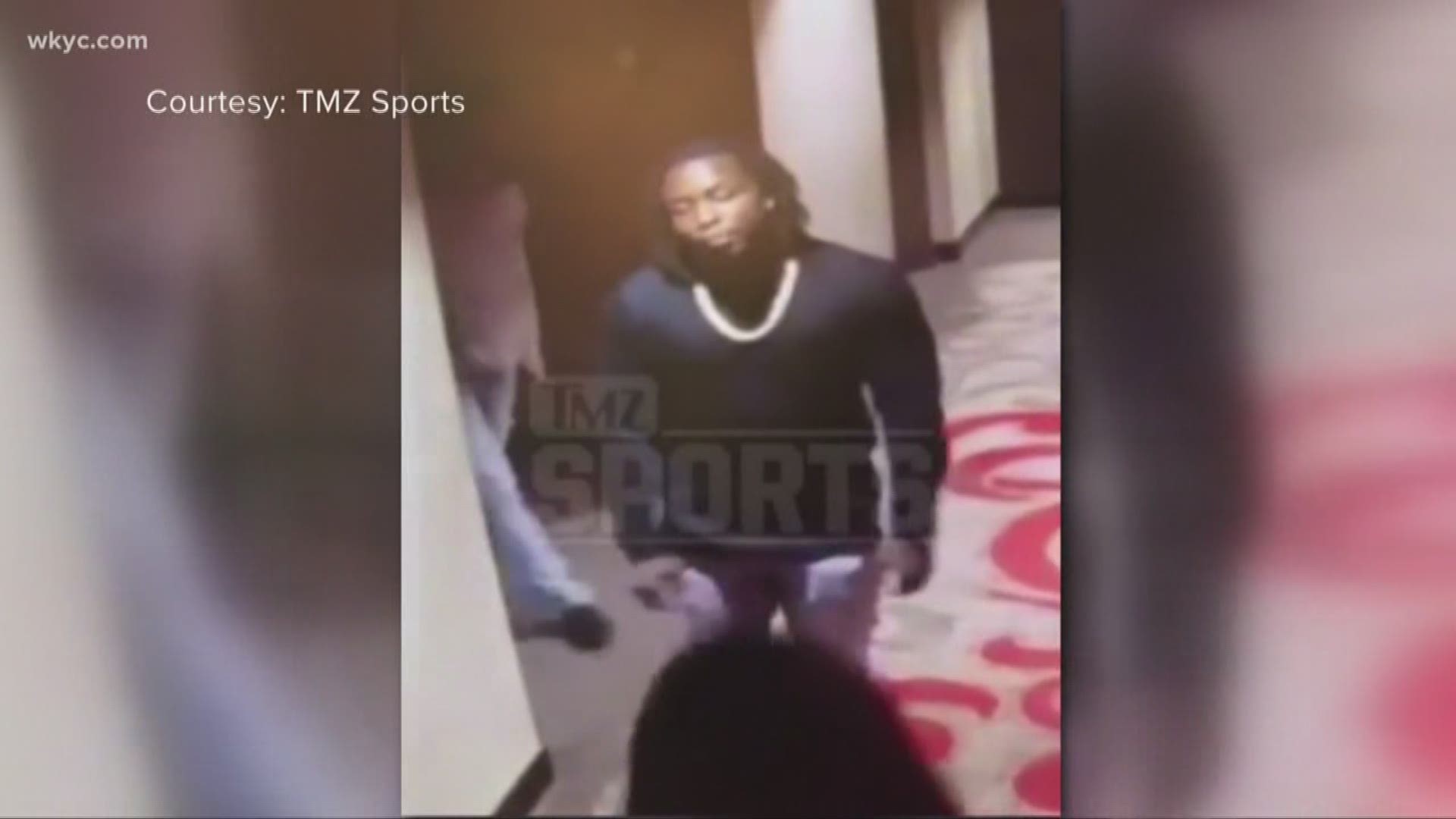 In his two seasons with the Chiefs, Hunt rushed for 2,151 yards and 15 touchdowns, including an NFL-best 1,327 yards in his rookie season. The Toledo product also caught 79 passes for 833 yards and 10 scores.

Per multiple reports, Hunt's contract with the Browns is a one-year deal, which could be worth more than $1 million. After the 2019 season, Cleveland will possess his restricted free agency rights, giving it the ability match any contract he is offered.

After announcing his signing, the Browns released the following statement from general manager John Dorsey, who drafted Hunt in Kansas City:

“My relationship and interaction with Kareem since 2016 in college was an important part of this decision making process but we then did extensive due diligence with many individuals, including clinical professionals, to have a better understanding of the person he is today and whether it was prudent to sign him. There were two important factors: one is that Kareem took full responsibility for his egregious actions and showed true remorse and secondly, just as importantly, he is undergoing and is committed to necessary professional treatment and a plan that has been clearly laid out.”

“We fully understand and respect the complexity of questions and issues in signing a player with Kareem’s history and do not condone his actions. Given what we know about Kareem through our extensive research, we believe he deserves a second chance but certainly with the understanding that he has to go through critical and essential steps to become a performing member of this organization, aside from what the NFL determines from their ongoing investigation. We fully understand that Kareem is subject to discipline by the NFL. Here at the Browns, there is a detailed plan with expectations laid out that he understands and must follow, because any similar incident will not be tolerated. We will support Kareem through this process and utilize our resources, however permitted, to help him become successful on and off the field as long as he continues to show the commitment necessary to represent this organization.”

“First off, I would like to once again apologize for my actions last year. What I did was wrong and inexcusable. That is not the man I was raised to be, and I’ve learned a great deal from that experience and certainly should have been more truthful about it after the fact. I’m extremely grateful that John Dorsey, Dee and Jimmy Haslam and the Cleveland Browns organization are granting me the opportunity to earn their trust and represent their organization in the best way possible on and off the field. I am committed to following the necessary steps to learn and to be a better and healthier person from this situation. I also understand the expectations that the Browns have clearly laid out and that I have to earn my way back to the NFL. I’m a work in progress as a person, but I’m committed to taking advantage of the support systems that I have in place to become the best and healthier version of myself.”