Cleveland Browns TE David Njoku ‘healthy, ready to go,’ decision on activation yet to be made

After missing 10 games because of injury, Cleveland Browns tight end David Njoku is ‘healthy, ready to go,’ but a decision on his activation has yet to be made. 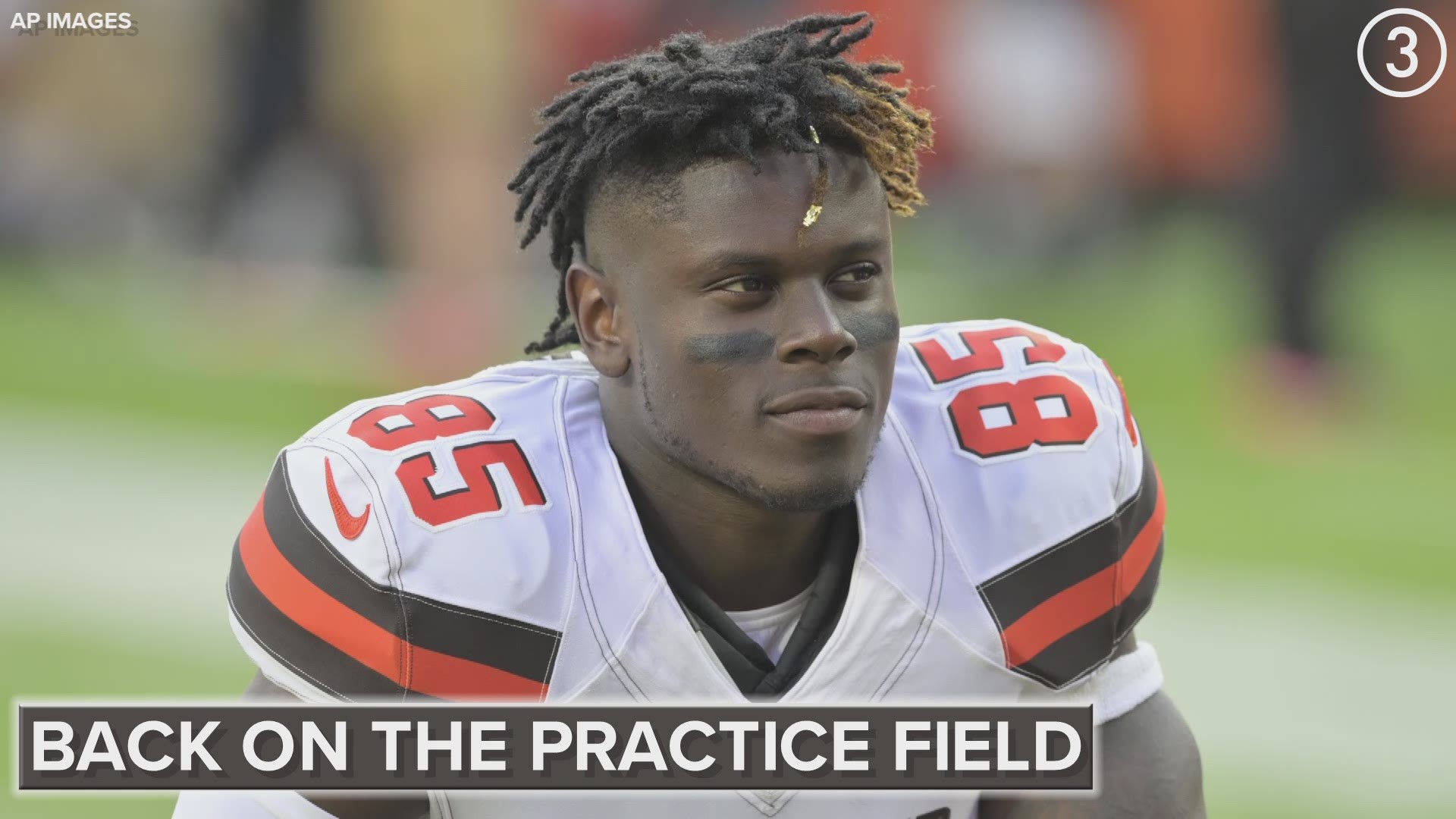 CLEVELAND — Cleveland Browns tight end David Njoku could end his long absence from the playing field in the coming days.

After missing 10 straight games because of a broken wrist suffered in a 23-3 win over the New York Jets at MetLife Stadium in East Rutherford, New Jersey in a Week 2 “Monday Night Football” matchup, Njoku could be activated in time for Sunday’s game against the Cincinnati Bengals at FirstEnergy Stadium in Cleveland.

Njoku has been practicing for the last three weeks and is eligible to be activated from injured reserve after being designated for a return.

“He is healthy and ready to go. He is healthy,” Browns coach Freddie Kitchens said after Friday’s practice at team headquarters in Berea.

“We will see how it goes Saturday and Sunday.”

“Hopeful. More hopeful than expecting,” Njoku said. “Once I felt I was ready to play, I was told upstairs and you just have to follow protocol.

“Consistency [with] everything. Obviously, you can catch a ball once, but doing it multiple times and knowing you are capable of doing it is the best thing.”

RELATED | Steve Wilks: Cleveland Browns ‘have to be creative’ up front without Myles Garrett

Although the Browns could get Njoku into the lineup for Sunday’s game, center JC Tretter (knee), right tackle Chris Hubbard (knee), tight end Demetrius Harris (shoulder) and defensive end Olivier Vernon (knee) were listed as questionable on the injury report after Friday’s practice.

Tretter is no stranger to playing in pain, as he did not miss a game despite having to wear a walking boot for much of the second half of the 2018 season because of a high ankle sprain.

“They moved around and did a few more things,” Kitchens said of Tretter and Hubbard. “It will be close. We will see how they are Sunday.

“JC is a tough guy mentally and physically, and he did a good job last year. I think probably half the year, he played with that high ankle sprain. I know that if there is any way possible for him to play, he will play, but there is a lot of things that factor into that.”

Defensive back Eric Murray (knee surgery) is doubtful for Sunday, while cornerback Robert Jackson is out.

RELATED | Odell Beckham Jr. wants ‘to do any and everything to help’ Cleveland Browns win games

RELATED | The Cleveland Browns need a lot of self help to salvage a disappointing season: Bud Shaw’s Sports Spin