According to the Cleveland Browns' the team will make an announcement on Wednesday that will be sponsored by Sherwin Williams. 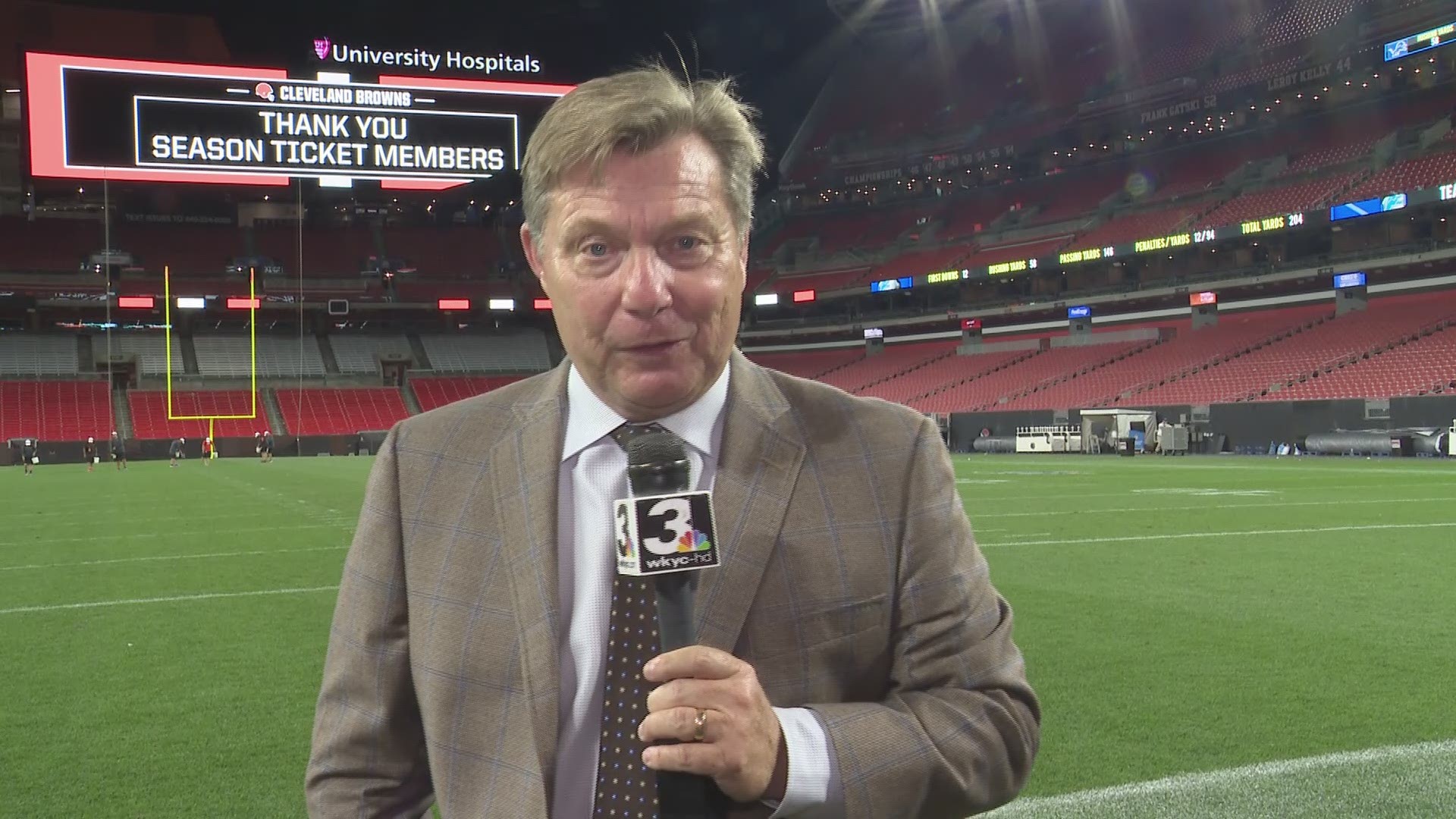 CLEVELAND — Could the Cleveland Browns be wearing their popular 'Color Rush' uniforms on a full-time basis this season?

Social media seems to think so.

Just after 5 p.m. on Monday, the Browns' official Twitter account released a video that read: "Announcement coming Wednesday." The video -- and presumably, the announcement -- was sponsored by Sherwin-Williams.

As noted by Daryl Ruiter of 92.3 The Fan, the video's color scheme features a brown background and three orange stripes. That's similar to the design seen on the sleeves of the team's Color Rush jersey, which the Browns wore three times during the 2018 season.

Due to its status as an alternate uniform, the Browns were only able to wear the Color Rush jerseys three times last season. Due to their popularity -- both with fans and the team -- the team has reportedly petitioned the league to make the simple brown-and-orange scheme its primary uniform, which would allow it to wear the Color Rush uniform more than three times in 2019.

Given the timing of the Browns' tweet -- and the potential Easter egg nature of its design -- many have taken to social media to speculate that the announcement will be that the NFL has approved the team's petition.

For what it's worth, nearly all of the Browns' promotional artwork and photoshoots this offseason have featured the Color Rush uniform. The franchise has also announced it will unveil new primary uniforms ahead of the 2020 season -- although if the social media speculation proves correct, they may not have to wait that long to change up their look.

Favored to win the AFC North, which would mark their first division title since 1989, the Browns will open the 2019 season on Sunday when they host the Tennessee Titans at 1 p.m. ET.