The Cleveland Browns will hold their first practice of training camp on Wednesday, July 28. 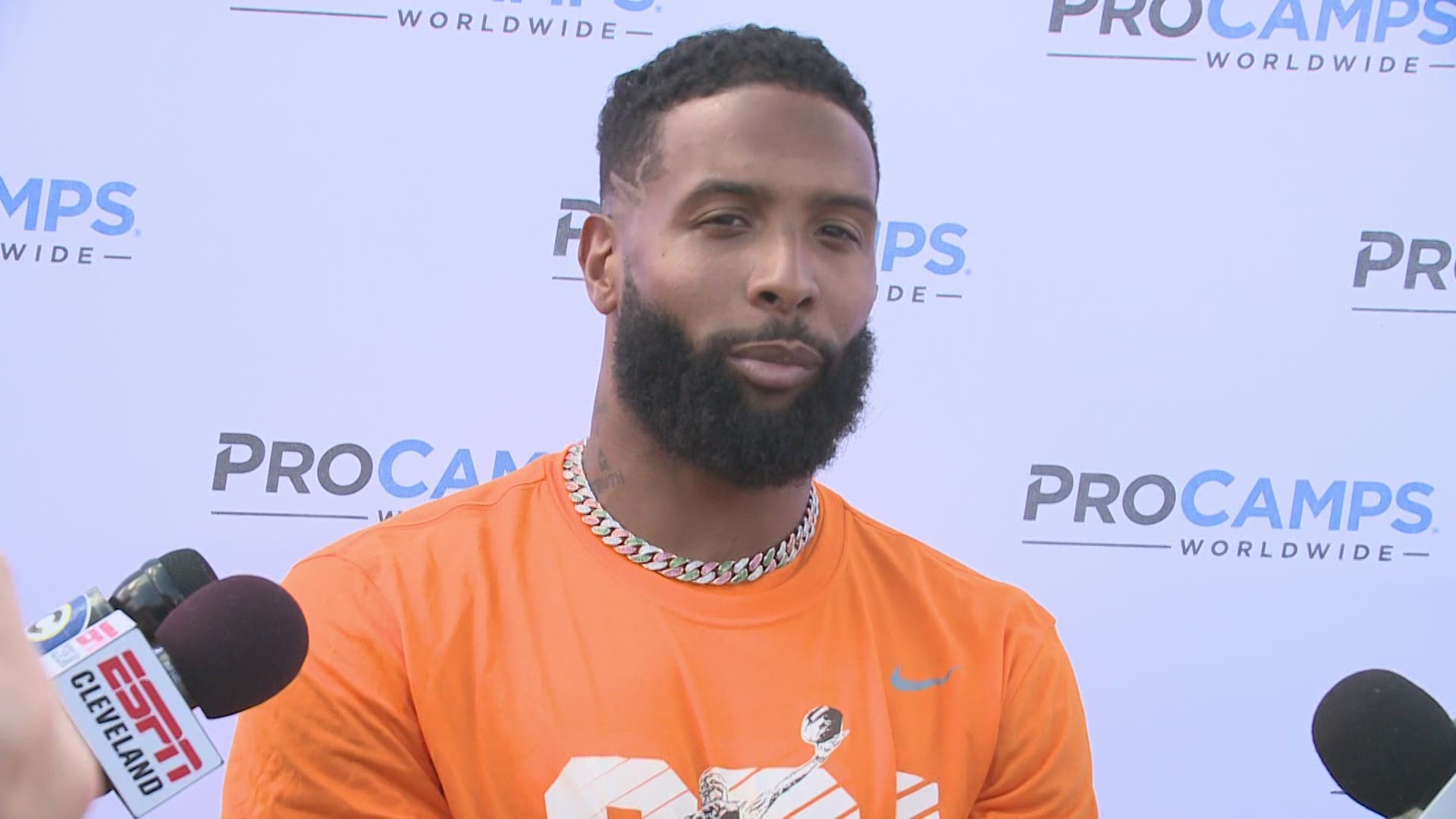 Forty-six days ahead of their season-opening matchup against the Kansas City Chiefs, the Cleveland Browns will hold their first practice of training camp in Berea, Ohio.

What follows is everything you need to know about the Browns' upcoming preparations for the 2021 NFL season, including their training camp schedule and position battles.

Outlook: While Odell Beckham Jr. and Jarvis Landry comprise one of the most productive wide receiver duos in the league, Cleveland lacks another proven pass-catcher at the wide receiver position. Rashard Higgins has been steady, albeit unspectacular in his five seasons with the Browns, while Donovan Peoples-Jones is looking to build off of what was a promising rookie campaign. The wild card of the bunch may be Anthony Schwartz, a 2021 third-round pick whose world-class speed could bring a new dynamic to Cleveland's offense.

Outlook: With last year's starters in Sheldon Richardson and Larry Ogunjobi no longer on the roster, the Browns provided themselves with no shortage of options at defensive tackle heading into camp. After opting out of the 2020 season, former Cincinnati Bengal Andrew Billings could have the inside track to a starting spot in Cleveland, while free-agent signee Malik Jackson is perhaps the unit's most proven pass-rusher. A 2020 third-round pick, Jordan Elliott showed upside in limited playing time as a rookie, while 2021 fourth-round pick Tommy Togiai and undrafted free agent Marvin Wilson provide additional high potential options.

Outlook: While free-agent signee Anthony Walker Jr. appears set to be the Browns' starting middle linebacker, question marks remain at both outside linebacker positions. Veterans Malcolm Smith, Sione Takitaki and Mack Wilson have the most experience, but 2020 third-round pick Jacob Phillips and 2021 second-round selection Jeremiah Owusu-Koramoah each appear to possess higher upsides. Who starts alongside Walker could depend on Phillips' ability to stay healthy and how quickly Owusu-Koramoah adapts to the NFL level. Either way, linebacker figures to be one of the most interesting positions from a roster construction perspective heading toward into the 2021 season.

Outlook: Denzel Ward returns as the Browns' top corner, but who he'll be lining up across from remains unclear. After an up-and-down rookie season in 2019, Greedy Williams missed the entirety of the 2020 campaign with a shoulder injury, while Cleveland used its 2021 first-round pick (No. 26 overall) on Northwestern's Greg Newsome II. Free-agent signee Troy Hill also possesses the ability to play on the outside, although the former Los Angeles Ram is most likely to serve as the Browns' starting nickelback.

Outlook: The versatility of prized free-agent signee John Johnson III leaves Cleveland with some flexibility for how it can handle the rest of its safety rotation. Selected in the second round of the 2020 NFL Draft, Grant Delpit missed the entirety of his rookie campaign with a torn Achilles, while Ronnie Harrison Jr. emerged as one of the Browns' more consistent defenders last season. Regardless of which player officially starts opposite Johnson, don't be surprised to see all three of Cleveland's top safeties on the field in defensive coordinator Joe Woods' scheme.