The Cleveland Browns are going back to basics with their new, classic style uniforms. 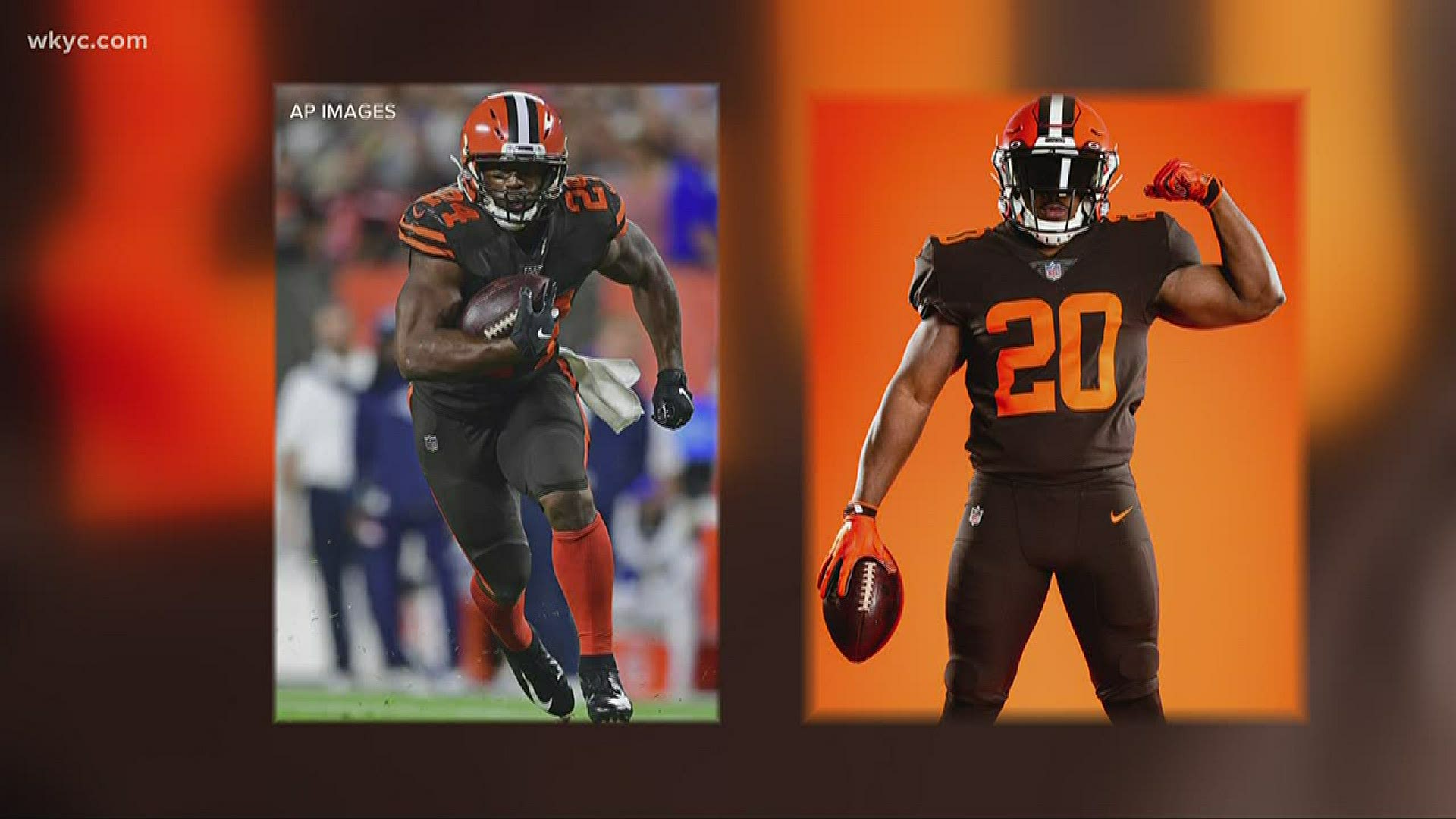 CLEVELAND — Over the course of the past five years, the only gripe about the Cleveland Browns more common than the ones about the team’s play has been the belief that its uniforms don’t accurately reflect its history.

And while we’ll have to wait until the Browns to get back on the field to see if they’ve adequately addressed the former, they corrected the latter on Wednesday when they released the “new” uniforms they begin wearing during the 2020 season.

While the Browns’ uniforms are officially “new,” they’ll likely look familiar to many. That’s because after wearing a modernized look since 2015, Cleveland is returning a more traditional style that mirrors the uniforms it had previously worn dating back the franchise’s inception in 1946.

Gone is the oversized striping on the team’s chest/shoulders, as well as the ‘Cleveland’ wordmark on its home and away sets. Instead, the Browns’ home uniform will simply feature a brown jersey with white numbers, while the road uniform will consist of brown numbers on a white jersey. Both sets will include the team’s striping on both the sleeves and socks, and pairs of plain white and brown will be available to be worn with each.

Additionally, the team will maintain an alternate ‘Color Rush’ all-brown uniform with orange numbers. Unlike previous its previous iteration, however, there isn’t any striping on the sleeves.

All three uniforms also include a new bold typeface for the numbering and lettering.

As for the team’s helmets, they will be keeping their brown facemasks and traditional striping, although the team is removing the texturized faux carbon pattern print that it has featured since 2015.

Earlier this week, the Browns announced that for an extended period of time, all proceeds from the sale of their new jerseys will go to their "Hats Off to Our Heroes Fund,” which aids "health care professionals, first responders, educational professionals and other groups who are pivotal in the community year-round and are valiantly serving as role models" amid the coronavirus (COVID-19).

RELATED: Whose Cleveland Browns jersey should you buy? Ranking the top options