We break down the top three moments from the game. 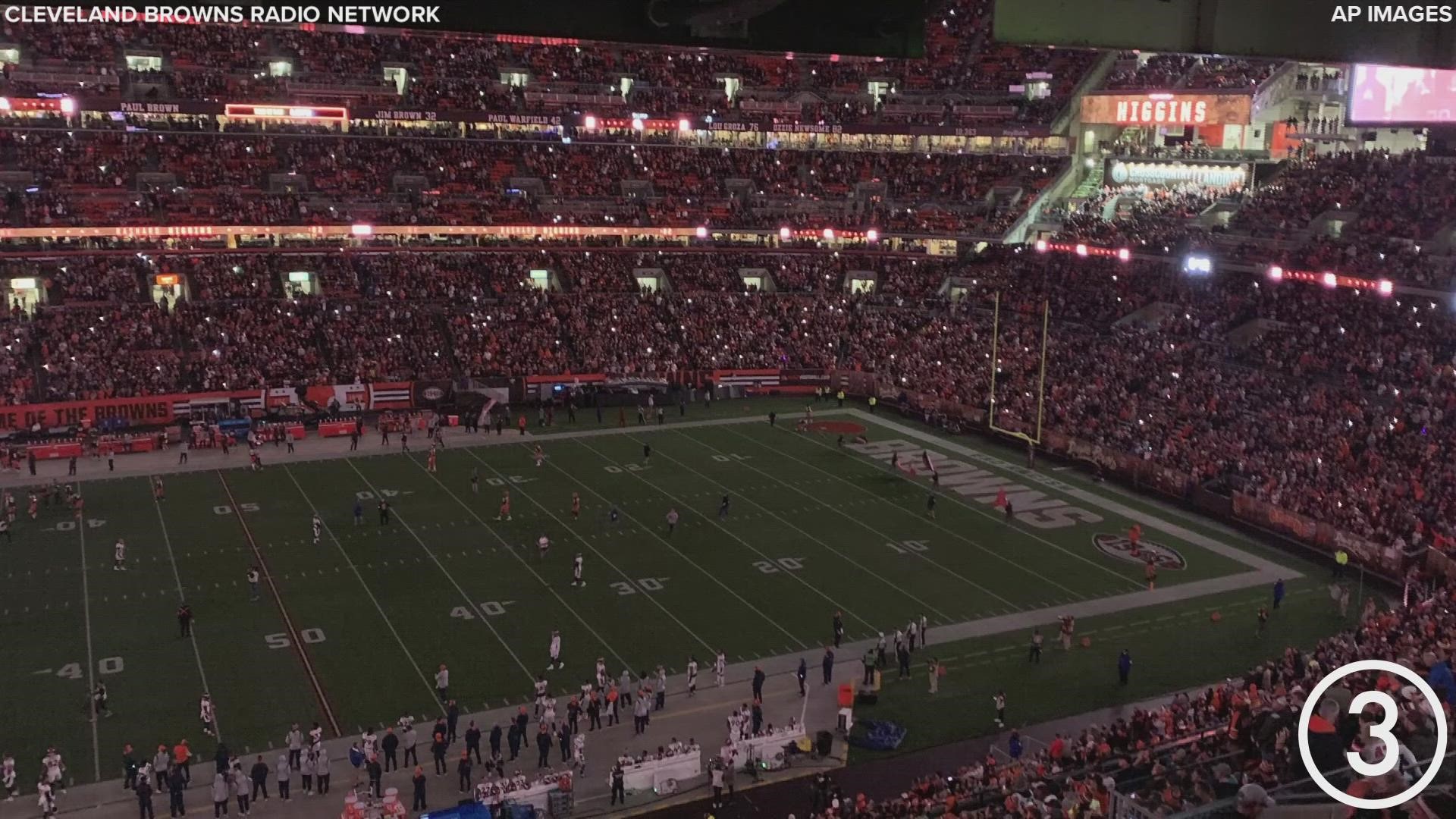 CLEVELAND — The Cleveland Browns found a way to win on Thursday night against the Denver Broncos despite several key players out with injury, and several more on the field but slowed by injuries.

The team moves to 4-3 on the season and has a much-needed break until they’re back in game action next Sunday, Oct.31 at home against the Pittsburgh Steelers. As important as Thursday night’s win was, the extra time off between now and the team’s first AFC North contest of the year may be just as valuable.

Obviously, the three scoring plays the Browns had – D’Ernest Johnson’s opening drive touchdown, kicker Chase McLaughlin’s 52-yard field goal and Johnny Stanton IV’s touchdown catch – are three of the biggest plays of the game that ultimately made the difference, but this is about three different plays that defined the Browns 17-14 win over the Denver Broncos on Thursday Night Football.

With Nick Chubb out due to a calf injury and Kareem Hunt on injured reserve with a calf injury of his own, the Browns had to turn to a little-used option at running back in Johnson. Entering the game against the Broncos, Johnson had played just 21 offensive snaps all year, 12 of which came last week against Arizona.

Thursday night was the first career start for Johnson, and his first carry had to feel like one of the more important ones. The first drive for the Browns was a smooth trek down the field that culminated in a Johnson four-yard touchdown scamper, but Johnson’s first carry of the night was also his biggest.

Johnson took the handoff from backup quarterback Case Keenum and found a hole between offensive linemen Jedrick Wills and Joel Bitonio before bursting out into the open. He gained 20 yards on the play before being tackled at Denver’s 14-yard-line. Things can often get dicey when having to reach so far down the depth chart for production, but the first rushing attempt of the night had to ease the minds of the entire offense, not only Johnson.

The play was also significant because the Browns decided to run toward Wills, who had missed the last couple of games with an ankle injury that he’s been battling since the second quarter of the season-opening game in Kansas City.

John Johnson III gets into the turnover column

The Browns have struggled this season to take the football away from opposing offenses at the rate most successful teams are able to. Thursday wasn’t a great night in that area either, as the Browns created just one turnover, but safety John Johnson III’s interception of Denver quarterback Teddy Bridgewater was a big one.

After Denver’s first drive of the night on offense failed to pick up a first down, the Broncos offense put together a bit of momentum on its second opportunity of the night. Bridgewater was able to complete his first three passes of the drive, including a 31-yard strike down the sideline to Cortland Sutton. Denver had a real chance to close the gap on the 10-0 lead the Browns opened up early, but then the Browns were able to force just their fifth turnover of the season.

Bridgewater dropped back to pass on third down from Cleveland’s 31-yard-line and fired a pass for receiver John Brown in the end zone that ultimately landed right in Johnson’s hands. Johnson did a good job of baiting Bridgewater into thinking Brown was open by playing a bit shallow, but did give himself enough time to get back into the play. The underthrown ball from Bridgewater certainly helped Johnson’s case, too.

With as windy as it was on Thursday night, no field goal attempt was a sure thing, but creating a turnover meant keeping points off the board entirely.

John Johnson III gets the ball back for the @Browns.

Despite the early 10-0 lead, it wasn’t always smooth sailing for the Browns. Denver came out to start the second half with a 13-play touchdown drive that covered 79 yards and more than seven minutes off the clock. It looked like the Broncos had figured out Cleveland’s defensive plan, and the Browns needed to find a way to put their foot back on the gas.

The Browns did just that with a 13-play touchdown drive of their own. Of those 13 plays, none may have been bigger than a fourth down conversion the Browns had from Denver’s six-yard-line, thanks to Keenum’s legs.

After throwing an incomplete pass on third down, Keenum dropped back to pass on fourth down but couldn’t find anyone open. He tucked the ball and ran up the middle, making one linebacker miss before powering through another tackle to pick up five yards on the play and set the Browns up for first and goal from the Denver 1-yard-line. The very next play, Keenum threw a pass to Stanton for a touchdown, putting the Browns up 17-14 and putting the game out of Denver’s reach.

Much has been made lately of head coach Kevin Stefanski’s aggressiveness on fourth down plays. The Browns haven’t been good enough on the season picking up fourth downs, but Stefanski is not going to stop going for it in situations like this one. If Keenum isn’t able to pick up that fourth down, this very well could have been a game that the Browns lost.