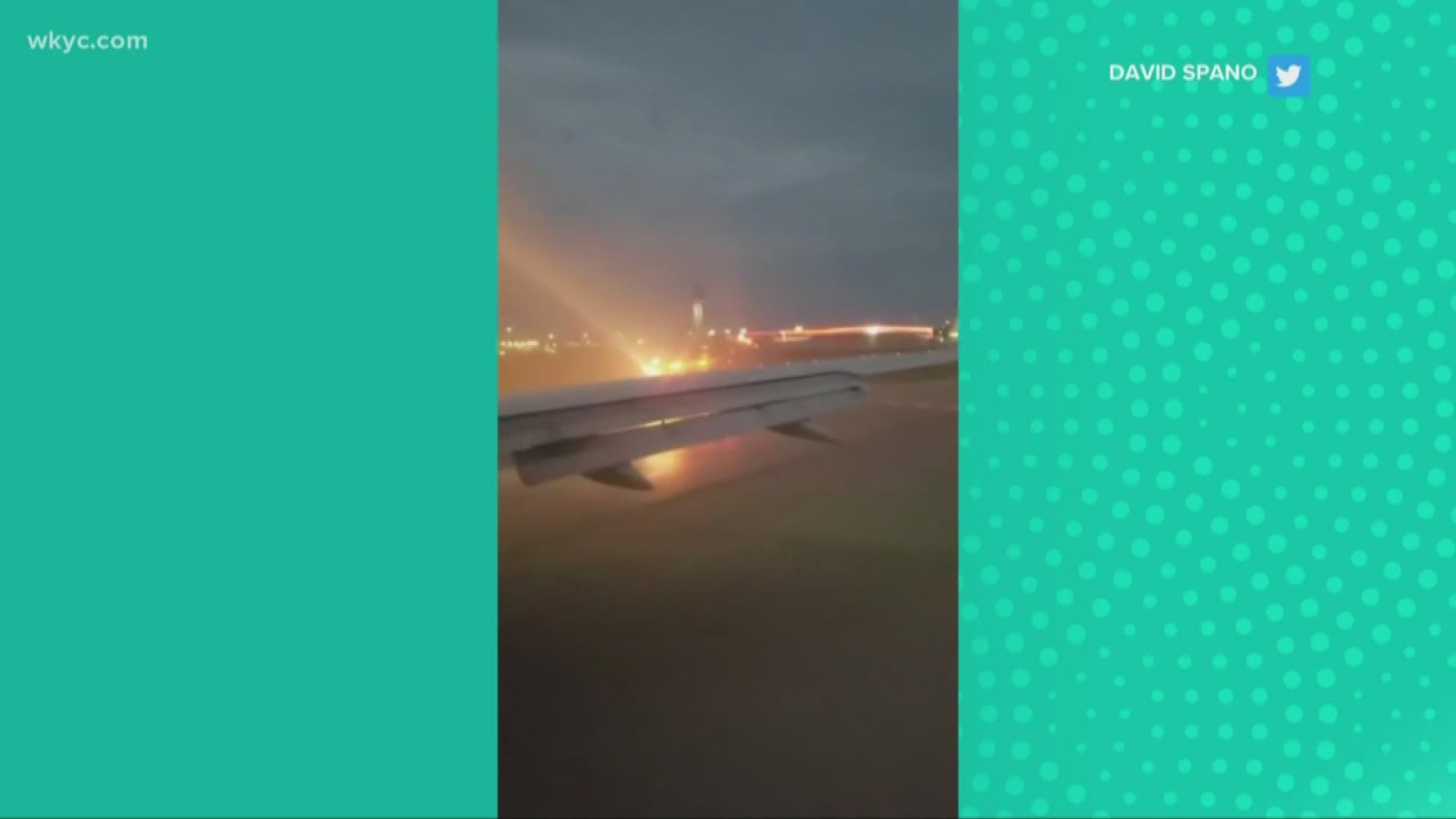 CLEVELAND — The Cleveland Browns are in first place within the AFC North, and the city couldn’t be happier.

As the team’s plane landed at Cleveland Hopkins International Airport after the 40-25 win against the Baltimore Ravens on Sunday, they were greeted with a special surprise.

“Look! The fire department is welcoming us in with a water arch. It’s so cool!”

Video of their landing was posted on Twitter by the team’s audio engineer.

You can hear echoes of “that’s awesome” and “that’s cool” from several people admiring the water arch.

The airport also tweeted video of the moment.

RELATED: 'There's something I appreciated about the hopelessness in their eyes.' Mike Polk Jr. on Ravens fans losing to Browns