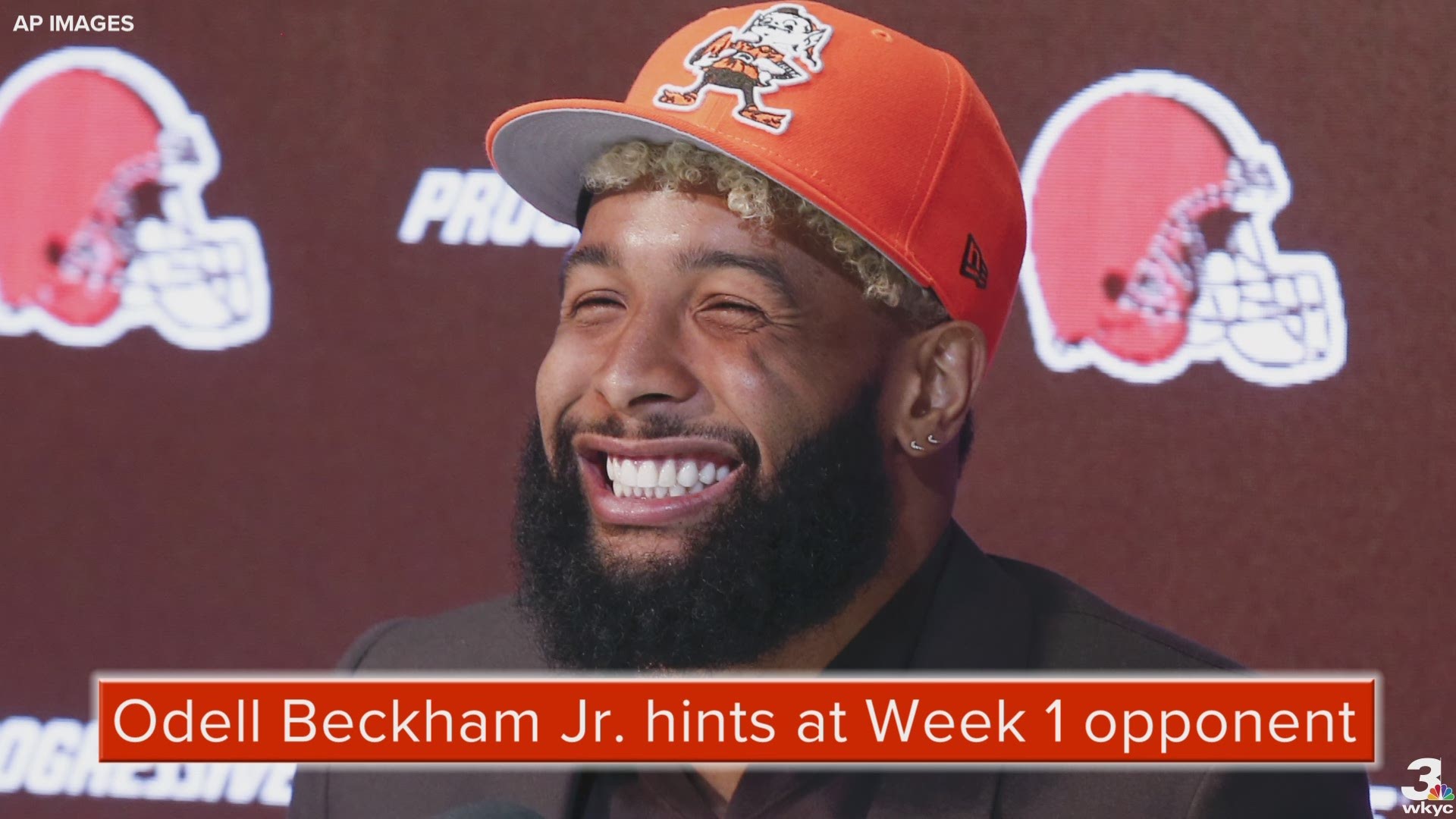 CLEVELAND — We are at least a few days away from the reveal of the 2019 NFL regular season schedule.

However, Browns wide receiver Odell Beckham Jr. may have provided a clue as to who his new team will play in week 1.

In a tweet posted around 6:30 p.m. on Wednesday, Beckham tweeted the following: "Just seen the schedule, it’s funny how God and the universe works.... week 1 surprise 😈😈😈"

We aren't mind readers, but a scenario that would make sense would be for the Browns to open the season in New York against the Jets. Beckham would be returning to Met Life Stadium, where he shined for five season with the Giants.

Add this to the mix: It would make perfect sense for a Browns-Jets Week 1 game to be played on Monday night. 2019 will mark the 50th season of Monday Night Football. The first game ever on a Monday pitted the Jets at the Browns in 1970. So why not have a tip of the cap to history, while putting a game on that has a ton of storylines to it?

And there's this hint: Jets safety Jamal Adams, who like Beckham is a former LSU standout, posted this on Instagram:

"It’s about to get real real spooky this year," Adams wrote.

One of the first responses came from Beckham. "See you Week 1," he replied.

"The Voice of the Browns," Jim Donovan and I discussed this scenario during Tuesday's Donovan Live Postgame Show.

It just makes a lot of sense.