Cleveland Browns will induct Clay Matthews Jr. into its Ring of Honor on Sunday

On Sunday, the Cleveland Browns will make former linebacker Clay Matthews Jr. the 17th member of their Ring of Honor. 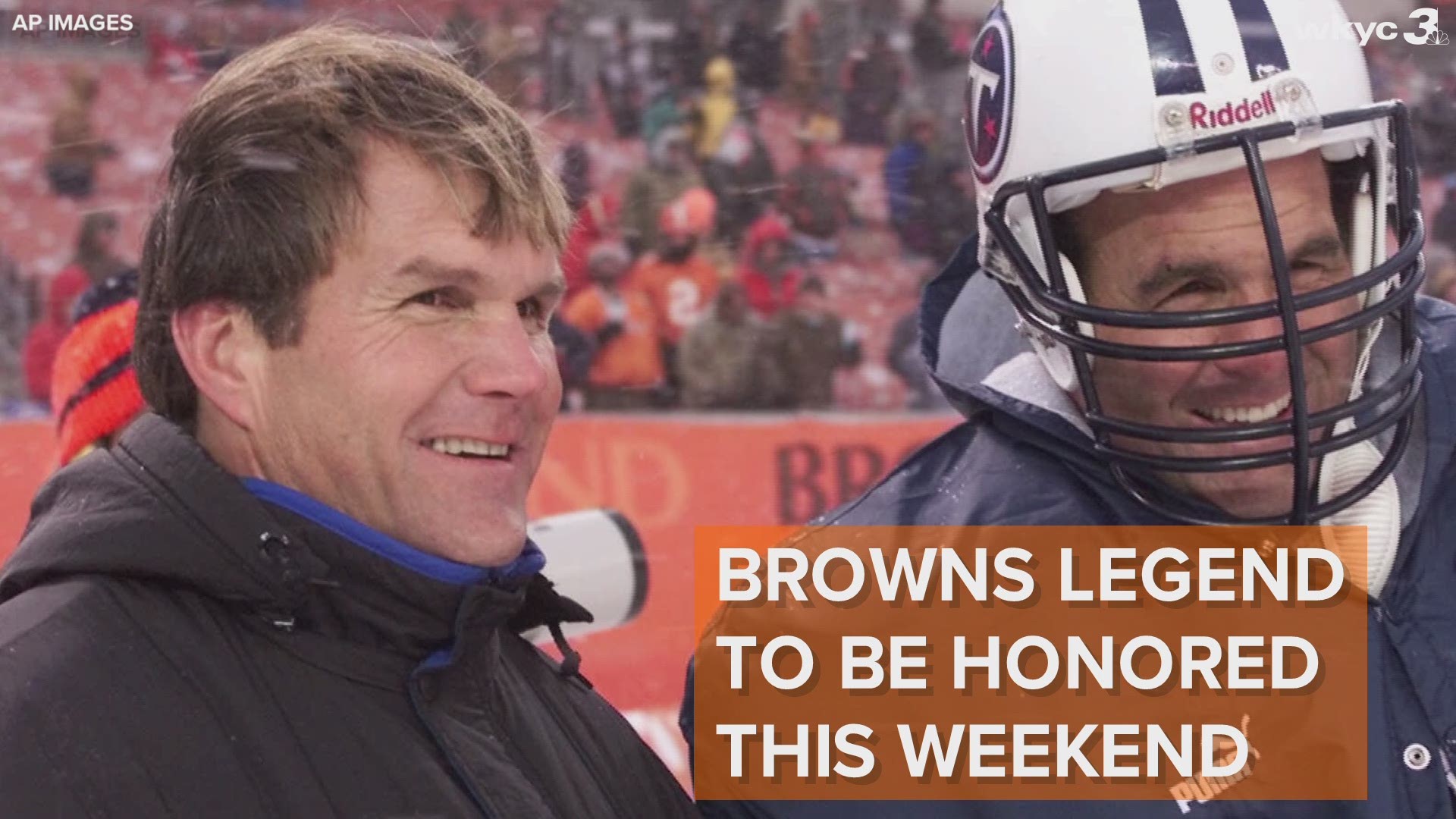 CLEVELAND — On Sunday, Clay Matthews III will take the field at FirstEnergy Stadium when the Los Angeles Rams face the Cleveland Browns on Sunday Night Football.

But at halftime, the 6-time Pro Bowl selection will find himself overshadowed by his old man.

As was announced in July, Clay Matthews Jr. will be inducted into the Browns' Ring of Honor on Sunday when his former team faces his son's team. Matthews will be the 17th member of the team's Ring of Honor and first inductee since the program was reestablished by the franchise in 2010.

“I was honored,” said Matthews, who played for the Browns from 1978-1993. “I mean, the Browns have a pretty good legacy of players in that group. We lived through that generation of players, mostly in the 60s, who were so successful, and to be included in that group is just an honor.

“It seems like they’re doing a pretty good job of picking talent around there, so I’m going to ride that wave. The Browns, even though they had a little hiccup for a while when the team went away and came back, that’s what you think of when you think of the NFL. At least for myself growing up, the Browns, Packers, Bears, those type of teams that were there from long ago. To be included at this level is just a huge honor.”

Over the course of his 16 seasons in Cleveland, the elder Matthews built established himself as one of the best defensive players in franchsie history. He remains the Browns' all-time leader in tackles (1,430), sacks (62)* and forced fumbles (24), in addition to totaling 14 interceptions and 13 fumble recoveries over the course of his 232 career games with Cleveland.

*The Browns' officially list Matthews with 76.5 sacks. The NFL didn't begin tracking sacks until the 1982 season.

Selected out of USC in the first round of the 1979 NFL Draft, Matthews earned four Pro Bowl selections over the course of his 19-year NFL career, the last three seasons of which he spent with the Atlanta Falcons. After becoming a semifinalist for the Pro Football Hall of Fame a year ago, Matthews has once again been selected as a nominee for the 2020 class and is a year away from gaining eligibility to be enshrined in Canton by the Hall of Fame's senior committee.

For all the latest from Matthews' Ring of Honor induction on Sunday, keep it locked on WKYC.com.

RELATED: Former Browns LB Clay Matthews not selected as finalist for Hall of Fame Class of 2019