'We’re just at the quarter-pole of this regular season. But hang on. This could end up being a wild ride.' 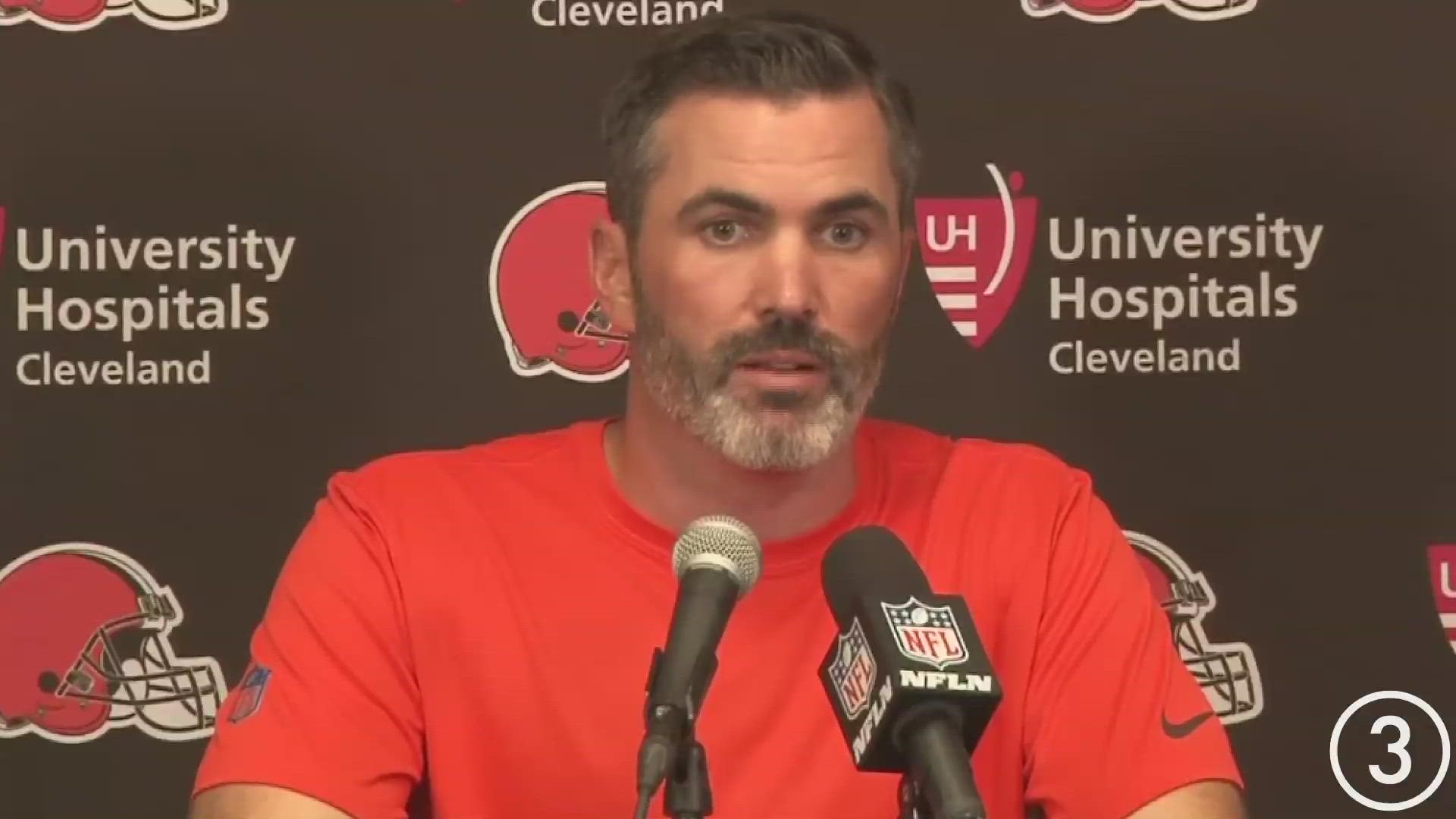 MINNEAPOLIS — Sometimes you have to ride what’s working -- especially when another facet of your game is struggling.

It was crystal clear what was working for the Cleveland Browns in Sunday’s 14-7 win against the Minnesota Vikings in Minneapolis, and it was just as clear what was not.

What we witnessed at US Bank Stadium was a major milestone for this franchise. We watched in real time a defense take the next huge step in a transformation that is happening much faster than anyone expected. We saw a Browns DEFENSE carry this team to victory when the offense just couldn’t seem to find its usual rhythm. That is rare for this version of the Cleveland Browns and it was the key ingredient missing from last year’s team that eventually lost to the high-flying Chiefs offense in the AFC divisional round of the playoffs.

Last season, the Browns won games with offense. They simply outscored teams, often times in high-scoring shootouts. Six different times, the Browns defense allowed more than 25 points in a game and won. Five times they notched victories allowing 30 points or more. The offense HAD to be potent because the defense was more often than not wildly overmatched.

So General Manager Andrew Berry went into the lab and remade this defense last off-season. End Jadaveon Clowney was signed in free agency to help Myles Garrett get after quarterbacks. Safety John Johnson III was brought in to help the back end of the defense along with his Rams teammate CB Troy Hill. LB Anthony Walker Jr. was added. So were Tackles Malik Jackson and Malik McDowell. Then in the draft CB Greg Newsome was the team’s first-round pick. Throw in second-round steal LB Jeremiah Owusu-Koramoah from Notre Dame, and the ingredients were all there. Let’s not forget about CB Greedy Williams and Safety Grant Delpit, who both missed the entire 2020 season with injury. That’s a total of 10 players that didn’t play a snap for the Browns last year who are collectively playing a major role in what the Browns are doing defensively.

In the 14-7 win Sunday, eight of those 10 players combined for 27 tackles, one for a loss and one interception. Only Anthony Walker Jr. and Greg Newsome of that group didn’t contribute as both are nursing injuries.

Time after time Sunday, it was one Browns newcomer after another making a huge play to keep one of the league’s top five offenses stymied. It certainly didn’t begin that way. Kirk Cousins and the Vikings’ offense took the game’s opening drive and shoved it right down the Browns’ throats. Cousins was six for six throwing the ball for 59 yards and a touchdown on an opening drive that looked way too easy. At that point, no one in their right mind would’ve guessed those would be the only points the Vikings would score all day.

After that opening drive, Cousins completed just 14 of his last 32 passes. Throw in an interception, a pair of sacks and one hurry after another, and his day turned into a nightmare early. Defensive Coordinator Joe Woods continued to dial up pressure at just the right times and the Browns made several big fourth quarter stops to ensure the seven-point victory.

Five times, the Browns defense held the Vikings to three and outs. After holding the Bears to 1-11 on third down last week, the Browns managed to stop the Vikings on five of 16 third down tries Sunday. Cleveland also stopped the Vikings an impressive one of three times on critical fourth down plays.

The past two weeks, the Browns defense has held their opponents to six and seven points. Just four weeks into the 2021 season, this defense is hitting on all 11 cylinders. It’s rare that a defense with this many new pieces finds itself so early. Let’s hope they continue to play dominant defense.

Let’s also hope Baker Mayfield puts one of his worst games as a pro behind him in a hurry. His decision making and accuracy didn’t make the trip to Minneapolis. This happens. It can be fixed. At least there were no interceptions. We know how good he can be. We also know he can throw out a clunker now and again, and when you’re playing for franchise quarterback money that’s never a good thing.

So now Kevin Stefanski’s task is to get all the planets aligned at the same time. The run game and offense can still be dominant. The kicking game hasn’t been this good since the days of Dawson. Now, the defense has arrived to the party, too, thanks in large part to the off-season maneuverings of Andrew Berry.

We’re just at the quarter-pole of this regular season. But hang on. This could end up being a wild ride.

RELATED: Browns QB Baker Mayfield on his performance vs. Vikings: 'I don't know what the hell that was'