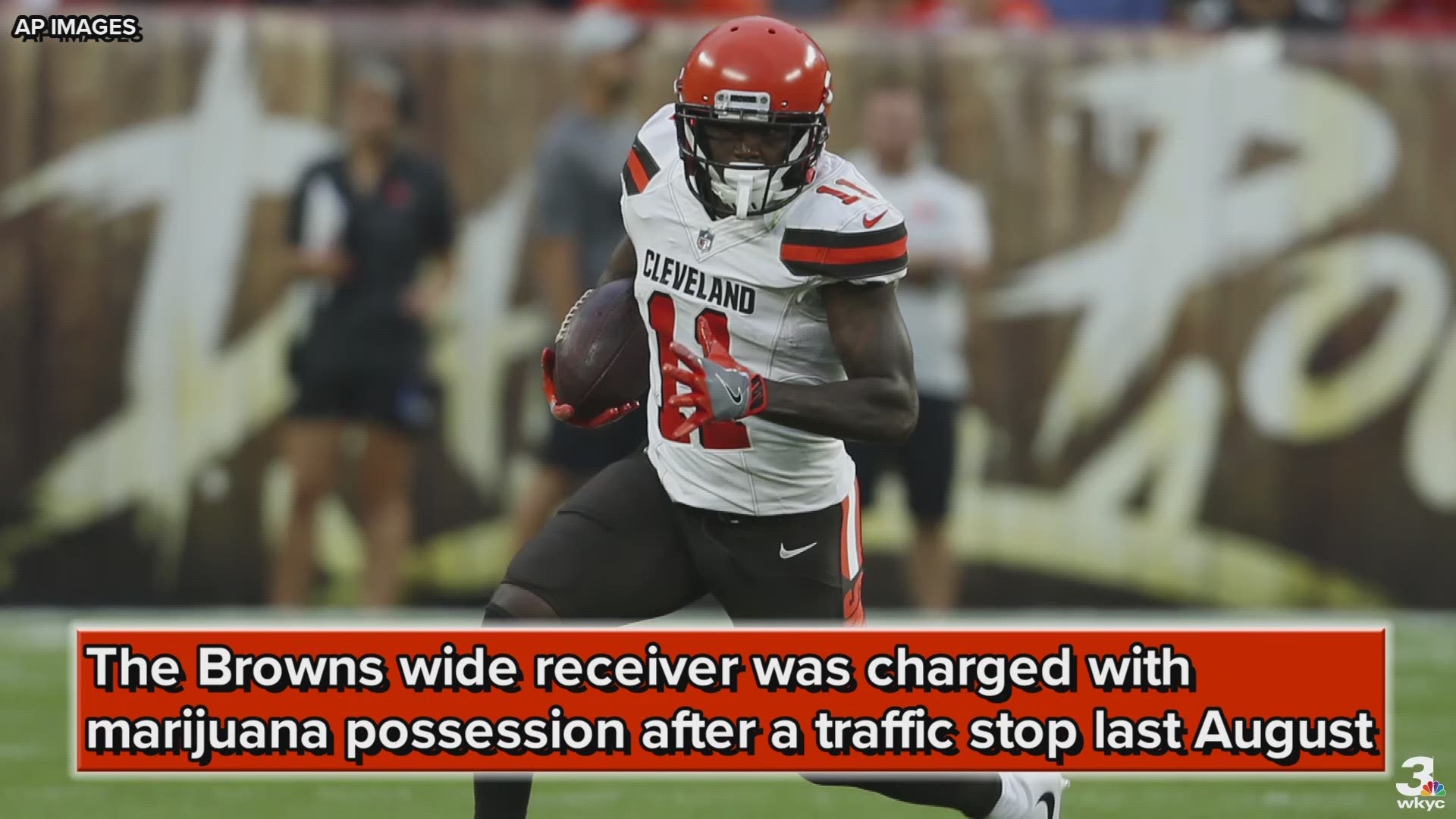 For a wide receiver, the word "dropped" is usually a bad thing.

But on Thursday, it served as a positive for Cleveland Browns wide receiver Antonio Callaway, who according to TMZ has had the marijuana possession charge he faced following an August traffic stop in Strongsville dropped.

The 22-year-old Callaway, however, didn't totally escape the incident unscathed. Per TMZ, Callaway pled guilty to driving with a suspended license and has been sentenced to one year of probation and $400 in court fines and other fees.

The charges against Callaway came as the result of a routine traffic stop on Aug. 5, in which an officer found a small amount of marijuana, gun parts and bullets in the rookie receiver's car. Callaway claimed that the vehicle had been borrowed by a friend before being shipped to him from Florida.

The traffic stop involving Callaway -- and its aftermath -- were documented on HBO's "Hard Knocks: Training Camp with the Cleveland Browns."

Although the matter remains under review by the NFL, Callaway received no punishment from the Browns for the incident -- other than former head coach Hue Jackson playing him nearly the entirety of the team's preseason opener against the New York Giants.

Selected by the Browns in the fourth round of the 2018 NFL Draft, Callaway -- who was suspended for the entirety of his final season at Florida due to off-field problems -- appeared in all 16 games of his rookie season, tallying 43 receptions for 586 yards and 5 touchdowns.