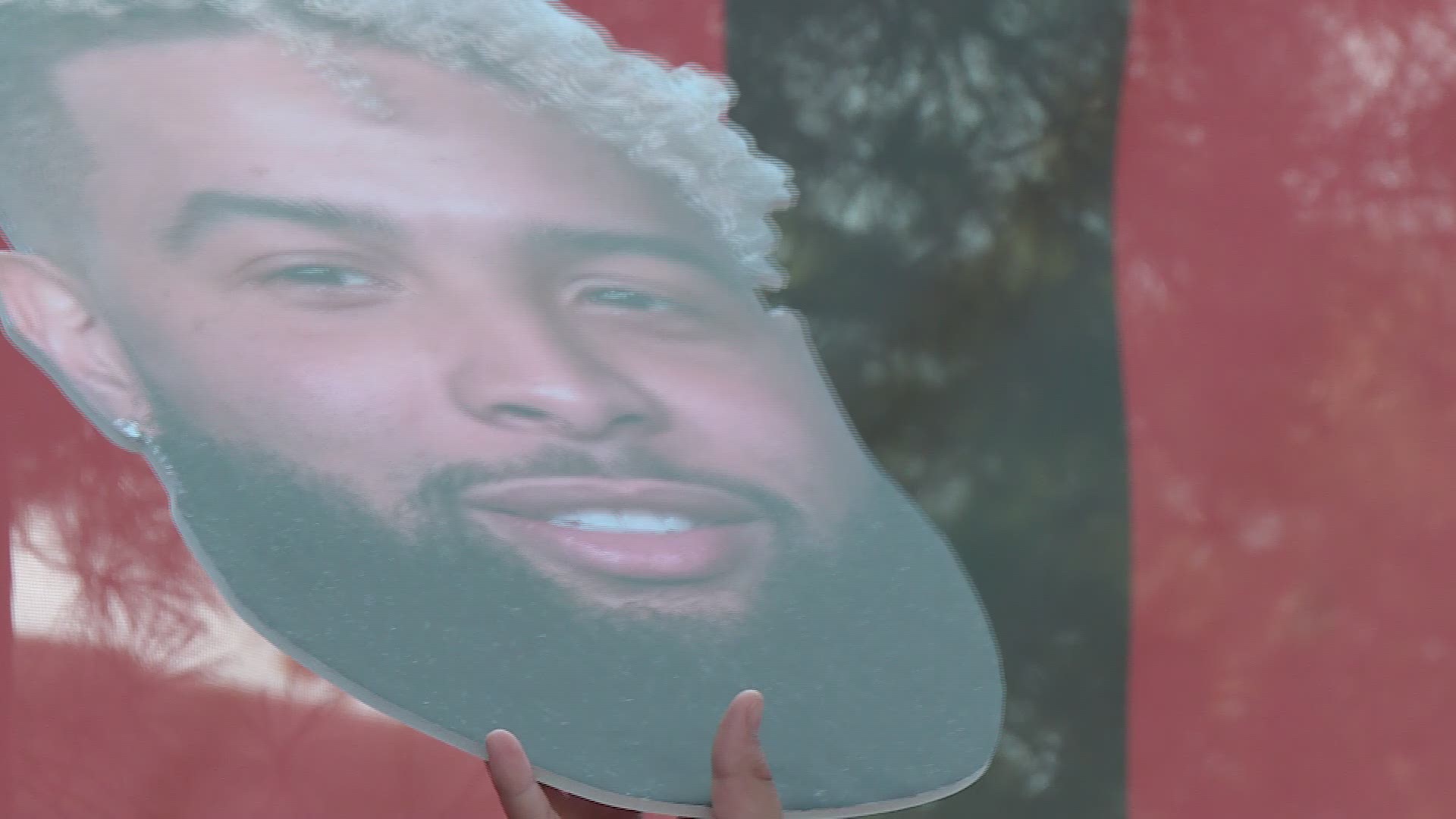 If you look at the right websites, you can find a pair of Converse Chuck Taylor high top shoes for a little less than $30.

Odell Beckham Jr. just received a pair that cost $19,970 more than that.

In a video released by Bleacher Report on Thursday, the Cleveland Browns star wide receiver can be seen receiving the latest addition to his kicks collection. Having commissioned a pair of shoes designed by world-renowned street artist Kai, Beckham's new kicks are valued at $20,000 based on Kai's market rate.

As for the shoes themselves, they began as a pair of classic white Chuck Taylor 70 high tops, which retail on Converse's website for $85. But what initially began as an otherwise normal pair of shoes was soon transformed into a work of art -- literally -- featuring Kai's signature character "I.F." (Imaginary Friend), orange and blue paint, 24 karat gold shoelace tips and perhaps most unique of all: concrete.

"One day, I'll have my own signature shoe," Beckham said, via Bleacher Report. "I'm gonna steal that on my Nike shoes. I'm gonna tell them to put concrete on my shoes."

Having spent the first five seasons of his NFL career playing in New York, Beckham, of course, is no stranger to the fashion world. Earlier this summer he turned heads at the annual New York Met Gala with a sleeveless designer kilt tuxedo, which was designed by Thome Brown.

Named the "Most Fashionable Athlete of the Year" by Sports Illustrated in 2018, Beckham has become nearly as famous for his footwear as he has for his signature one-handed catches. On the field, he wears personalized pairs of the Nike Vapor Untouchable Pro 3 OBJ Uptempo Cleat, while off of it, he has helped design pairs such as this year's Air Max 720/OBJ "Young King of the Drip."

At least as far as value is concerned, none of those shoes come close to Beckham's newest pair. So surely there's no way he'll actually be wearing them -- right?