The Browns will entertain the Houston Texans in the home opener at FirstEnergy Stadium on Sunday at 1 p.m. 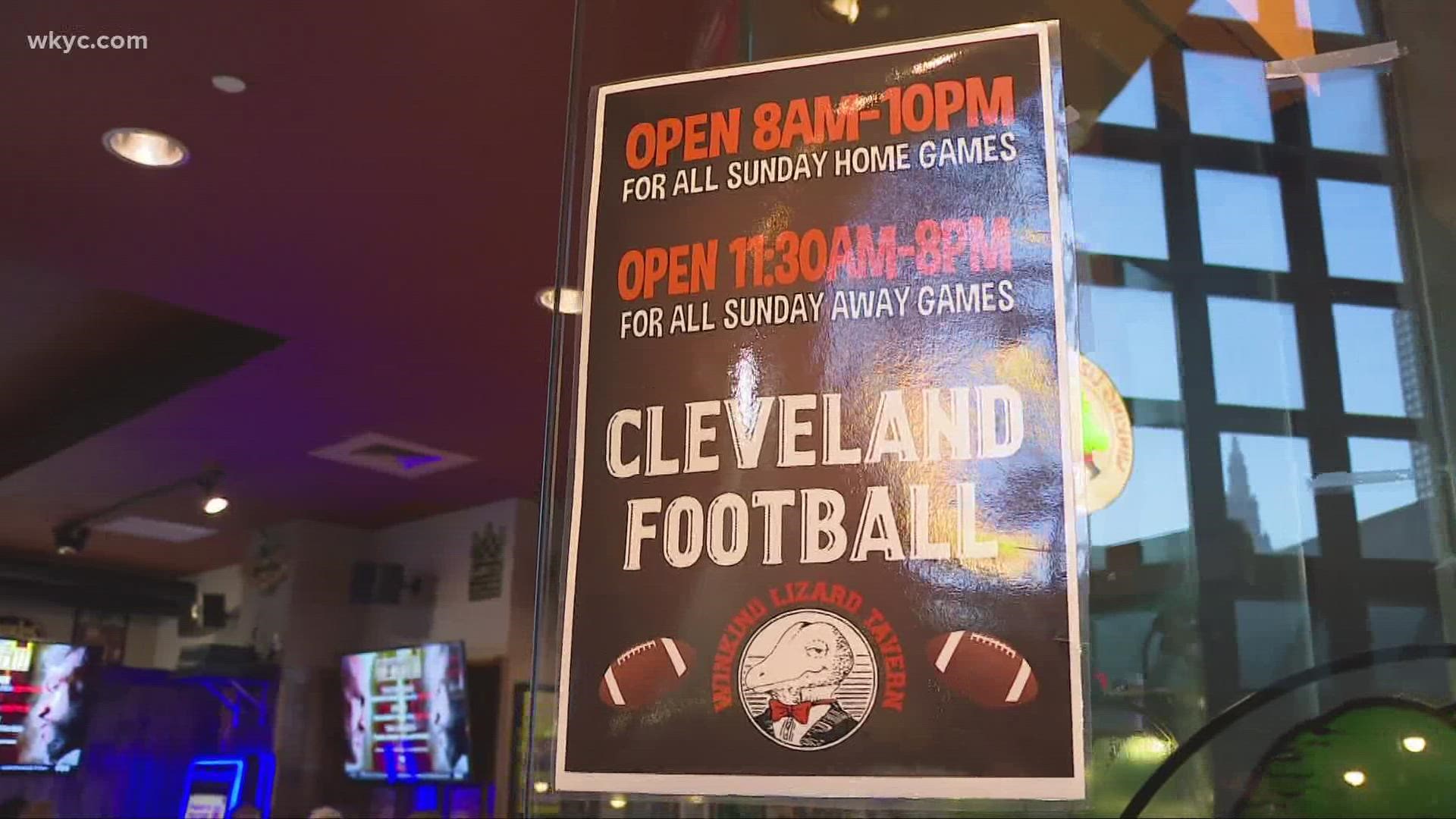 CLEVELAND — Fans are counting down the hours until the Browns play their home opener against the Houston Texans at FirstEnergy Stadium.

It might as well be the Super Bowl for local businesses looking to get a much-needed economic boost since the start of the pandemic. The hype surrounding the return of the Browns means a lot of bucks.

On Saturday, they were already getting set up at the Winking Lizard. They'll be open on game day at 8 a.m. and be ready for fans after the game. Styles says they expect to break all-time sales records on Sunday.

Meanwhile in Ohio City, restaurants like Great Lakes Brewing Company have also felt the sting of the pandemic. But now that there are fans at Browns games, they are rolling out the barrels.

"We do get a lot of residual business from people out of town," explains GLBC's Ashley Likavec.

But here is a twist from the folks at Great Lakes: In one of the biggest moneymaking days of the year, the home opener will represent a giant "Thank You" to the staff.

"We are going to have our tailgate picnic for our staff tomorrow (Sunday), so we are closed to the public," Great Lakes Brewing Company co-owner Patrick Conway told 3News. They are hosting that private party as a thank you to their employees for staying strong during these difficult times of the pandemic.