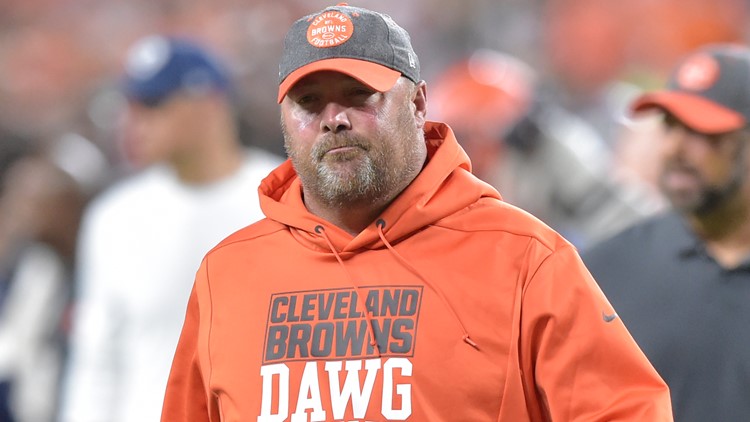 CLEVELAND — Dating back to before the 2018 season, Colin Cowherd has been one of Baker Mayfield and the Cleveland Browns' biggest naysayers.

But even as recently as Friday, the Fox Sports Radio host believed that the Browns would eventually surpass the Baltimore Ravens and reclaim first place in the AFC North by the end of the 2019 campaign.

Following Cleveland's 24-19 loss to the Denver Broncos on Sunday, however, Cowherd had seen enough.

Taking to the air on Monday, the notorious provocateur issued an apology for what he called his "worst football take ever." Speaking to co-host Joy Taylor, Cowherd took shots at Browns head coach Freddie Kitchens -- and of course, Mayfield -- while expressing disappointment in his own lack of perspective when picking Cleveland to overtake Baltimore.

“I said on the air last Friday that Cleveland would be in first place and Baltimore would be in second place by the end of the season," Cowherd said. "It’s embarrassing and I’m apologizing. It’s my worst football take ever. I forgot two very important things: John Harbaugh is excellent and Freddie Kitchens is a busboy at Applebees, and I forgot that Lamar Jackson is coachable, hardworking, quiet, getting better and has changed his body, and Cleveland’s quarterback is loud, cocky, and thinks that is leadership.

"I forgot that Baltimore is a step-up organization with two Super Bowls, a franchise that wins big games, and never has been intimidated by New England."

While the personal nature of Cowherd's criticism may have been extreme, he's not necessarily wrong that the Browns' hopes of winning the AFC North are all but over. After Cleveland's loss to Denver dropped its record to 2-6 and Baltimore -- which handed the Patriots their first loss of the season on Sunday -- now sits four games ahead of the Browns for first place in the division.

Cowherd's antics, of course, are nothing new considering that he's publically feuded with Mayfield for the better part of the past three years. Prior to the start of the 2019 season, the host of "The Herd," called Mayfield, Kitchens and general manager John Dorsey "peas in a pod," which prompted Mayfield to call Cowherd a "donkey" on Twitter.

Unfortunately for the Browns, however, they haven't been able to issue as strong of a response on the field to this point.