Jim Donovan and Dave 'Dino' DeNatale look back at the Browns' 37-34 win over the Bengals on Monday's edition of 'Donovan & Dino.' 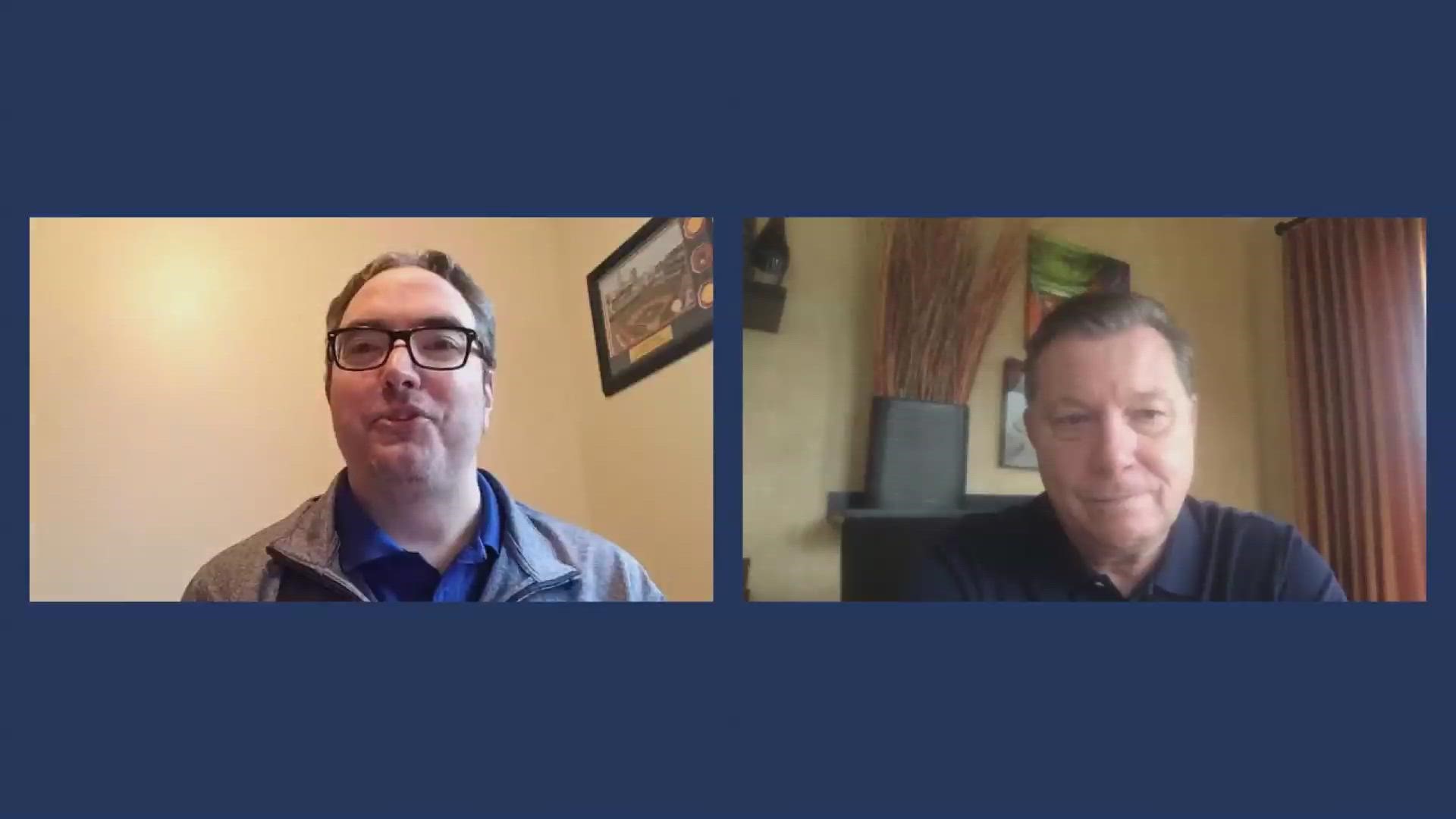 CLEVELAND — You could feel the groans from Browns fans everywhere early on Sunday after Baker Mayfield's first pass attempt in Cincinnati. Not only was it an interception on an underthrown attempt to Odell Beckham Jr., but the Browns' star wide receiver suffered a torn ACL trying to make the tackle on the runback and is likely out for the season.

So at that point, the Browns are without their best wide receiver, their best running back (Nick Chubb), their starting tight end (Austin Hooper), and an offensive lineman having a Pro Bowl-caliber year (Wyatt Teller). In addition, we know that both Mayfield and Jarvis Landry are both playing with rib injuries and Kareem Hunt is also banged up.

It's a recipe for disaster.

But after starting 0-for-5, Mayfield rebounded by hitting on his next 21 passes in a row and 22 of his final 23, throwing five touchdown passes to help lead the Browns to a 37-34 win over the Bengals. The Browns are now 5-2 heading into Sunday's home game with the Raiders.

So what changed for Baker after the Beckham injury and the 0-for-5 start? That was just one of the many things that Jim Donovan and I discussed on Monday's edition of Donovan & Dino.

Here are some of the other topics that the "Voice of the Browns" and yours truly touched on:

You can watch Donovan & Dino in the player above or in our YouTube player below: