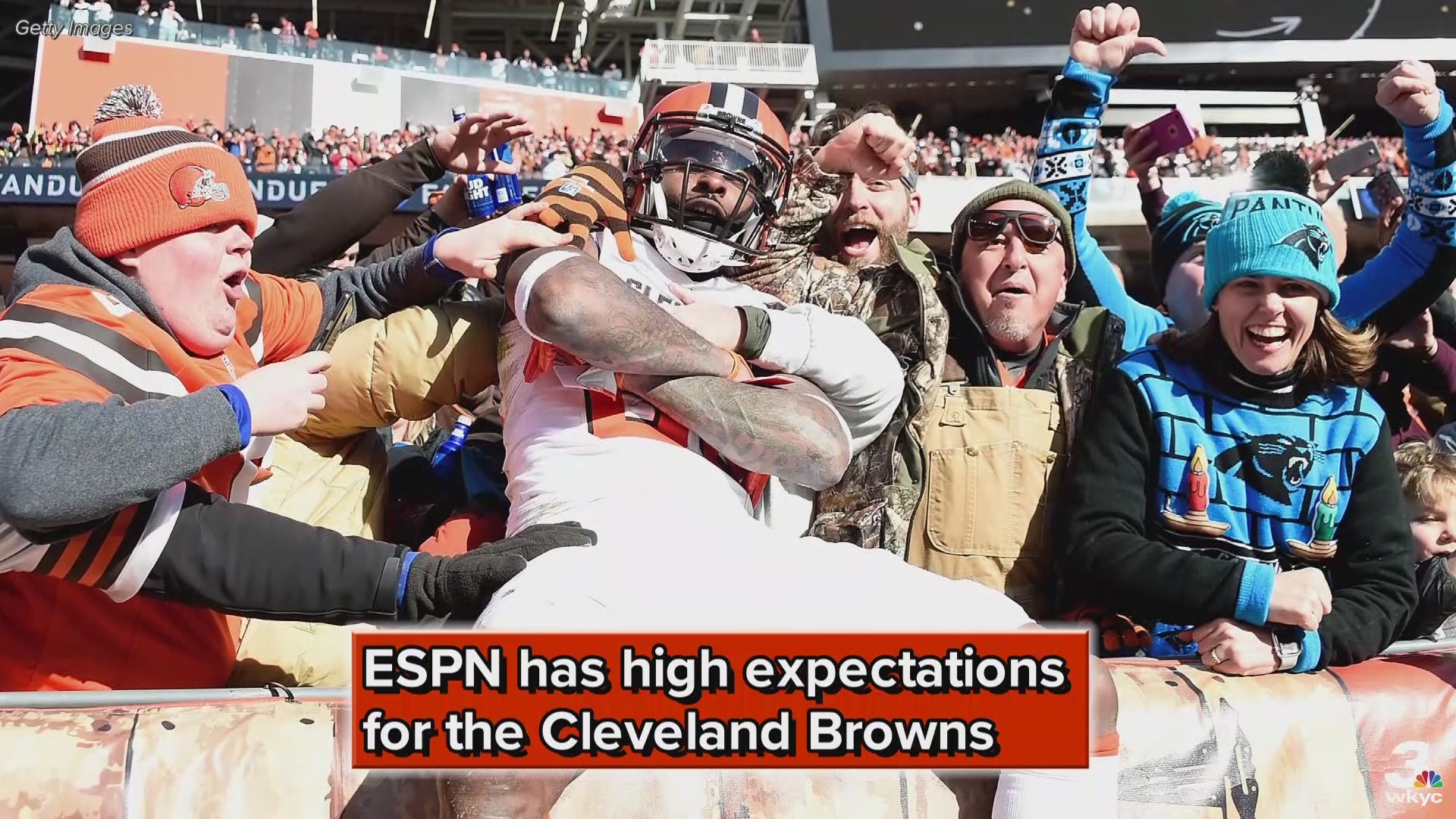 CLEVELAND — After the completion of Super Bowl LIII, my first thought was,"I can't wait for Browns season to get here."

That may have been followed by, "Man, what a boring game," but I digress.

Expectations are high for the Cleveland Browns in 2019 locally, but one national NFL writer has called his shot for the team to make its first playoff appearance since 2002.

ESPN's NFL insider Dan Graziano posted his 'Ten bold NFL predictions for 2019,' in Atlanta after the Patriots topped the Rams. Among his crystal ball forecasts:

Just to put it in perspective, the Browns have not won a division title since 1989, when they captured the old AFC Central Division. So if and when this comes to pass, it will be a major achievement.

I think this is going to be a popular one come summertime, so let's get out ahead of it. Cleveland went 5-2 over its final seven games in 2018 with Baker Mayfield at quarterback and Freddie Kitchens running the offense. Kitchens is now the head coach, Mayfield is, of course, still the quarterback, the defense is still stocked with young stars and the offense has enough around Mayfield to make the Browns a legit contender. The Browns have the third-most projected cap space and eight picks within the first five rounds of April's draft with which to bolster their roster.

What about the rest of the division? With the possible loss of Bell and Brown, Graziano adds that "things are falling apart a bit in Pittsburgh. And I predict some more growing pains for Lamar Jackson in Baltimore (though I still like him long term)."