ESPN Cleveland announced on Tuesday that it has suspended analyst Tony Grossi indefinitely for calling Browns QB Baker Mayfield a "midget" on a live stream. 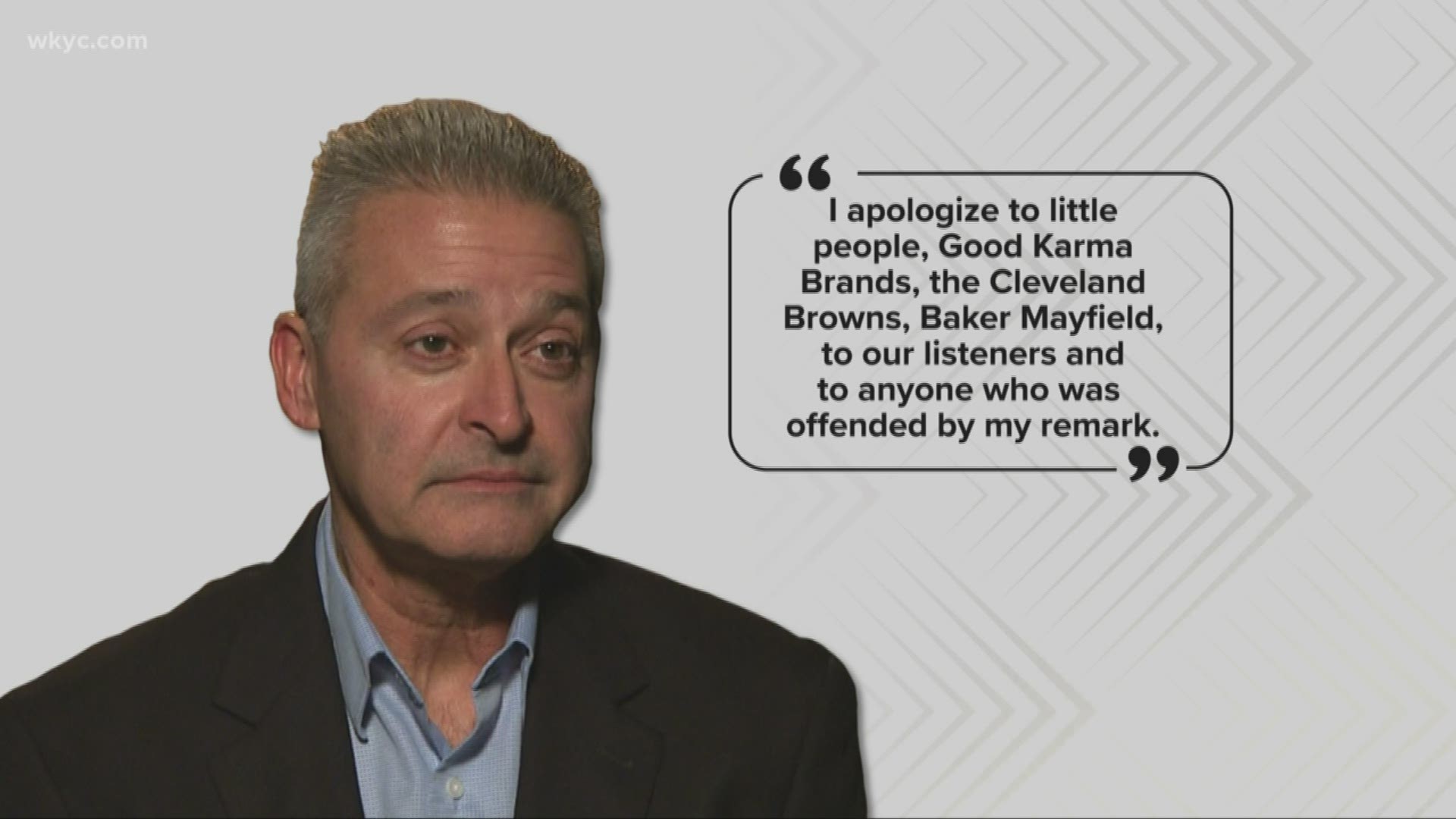 CLEVELAND — ESPN Cleveland has suspended Tony Grossi indefinitely after the columnist was heard describing Browns quarterback Baker Mayfield as a "midget" on a hot microphone on Tuesday.

"We are aware of Tony Grossi's statement about Baker Mayfield. The term Tony used is a derogatory slur to describe Little People. Good Karma Brands will not tolerate derogatory language that demeans others or groups of people," ESPN Cleveland said in a statement. "We are addressing this matter with Tony directly, and while we normally do not comment on personnel matters, we do want to share that we have made the decision to immediately and indefinitely suspend Tony Grossi. In addition, we will pursue sensitivity and inclusion training for everyone on our content teams across our company.

"From Good Karma Brands, to our fans, our partners, the Browns and Baker Mayfield - we are sorry."

Grossi's comment, which made the rounds on social media on Tuesday, came during a discussion regarding quarterbacks the Browns had passed on in previous NFL drafts. When asked who it was Cleveland wound up with instead, Grossi described Mayfield as a "f---ing midget."

The remark came during a commercial break for ESPN Cleveland/WKNR 850's The Really Big Show and could be heard by viewers listening to the online stream on TheLandOnDemand.com.

In a statement posted to Twitter on Tuesday, Grossi apologized for the incident.

"I am truly sorry for my language and choice of words in a remark I made about Baker Mayfield that was captured on our live feed on TheLandOnDemand," he said. "I sincerely apologize for using a word that is a derogatory slur. There's no excuse for using that language in any context. It was said without malice but also without thought.

"It is well known that Baker and I have had our differences, and in the course of this experience, I've had to question my role in the erosion of the relationship. I have always endeavored to report and comment on him and the team fairly, and am shaken by these events. I will strive to be a better person and professional.

"I apologize to little people, Good Karma Brands, the Cleveland Browns, Baker Mayfield, to our listeners and to anyone who was offended by my remark."

Grossi's history with Mayfield dates back to the leadup to the 2018 NFL Draft, in which Grossi advocated against the Browns drafting the Hesiman Trophy-winning signal-caller. Over the course of the past two seasons, the columnist and quarterback have shared an adversarial relationship, with Mayfield abruptly ending a press conference in October over Grossi posing what he deemed to be "the dumbest question you could ask."

Mayfield also hasn't been shy to engage in Twitter spats with Grossi, who alleges that Mayfield has been "disrespectful" toward him since being drafted by the Browns.

On Tuesday, however, it was Grossi's behavior that his employer deemed to be out of line.