Mayfield talks expectations and how he knew Cleveland would be the right fit for him. 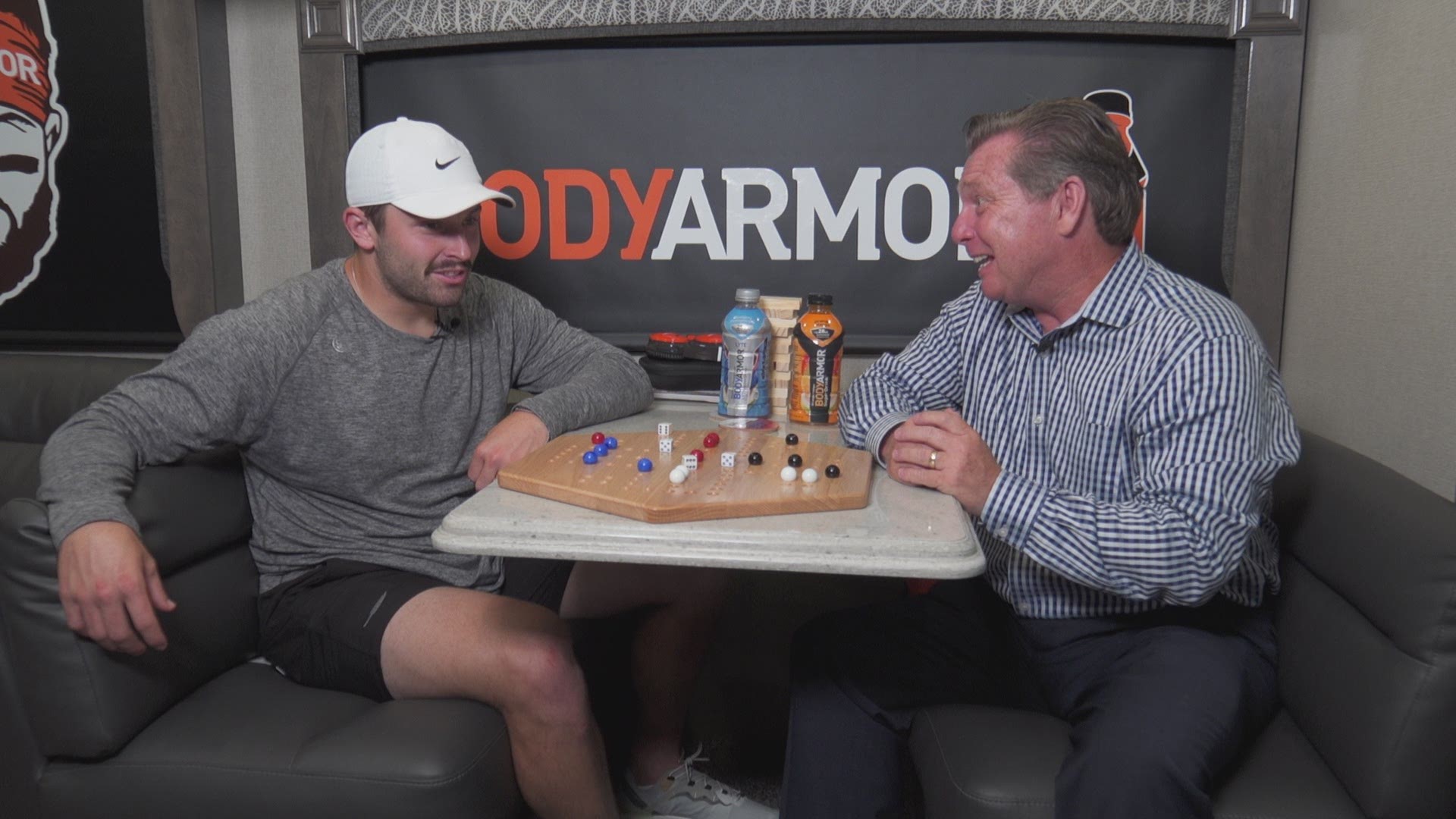 The quarterback is prepping for his second season in the NFL, his first as the starting quarterback heading into Week 1.

Last year, Mayfield spent the first three weeks of his rookie season behind Tyrod Taylor before an injury presented Mayfield with his first chance. From that point on, Browns fans experienced a new breed of quarterback hype and talent, along with renewed hope for the end of the team's longstanding quarterback crisis.

"I've seen the long list of names on the jersey," Mayfield said. "...I can feel the energy. I knew as soon as I was here, I could relate to this town. It's a blue collar work ethic town."

The Browns also have a new head coach in Freddie Kitchens, who was the running backs coach turned offensive coordinator last season. Despite the new title, Mayfield said his relationship with Kitchens remains the same.

"He's the same guy and that's the best part about it," Mayfield said. "Our defensive guys get to be around him and they know exactly what to expect."

Mayfield knows fans have waited years for this kind of anticipation. He's no stranger to pressure and he said he welcomes the high expectations for a new season with new weapons, like receiver Odell Beckham, Jr.

"I absolutely do," Mayfield said. "I think inside our building, we need to have them just as high. We need to have those huge aspirations of winning the Super Bowl, not just having a winning season and having improvement from last year, but the highest goals and working for it."