Mayfield wakes up feeling dangerous in his own tricked out RV. 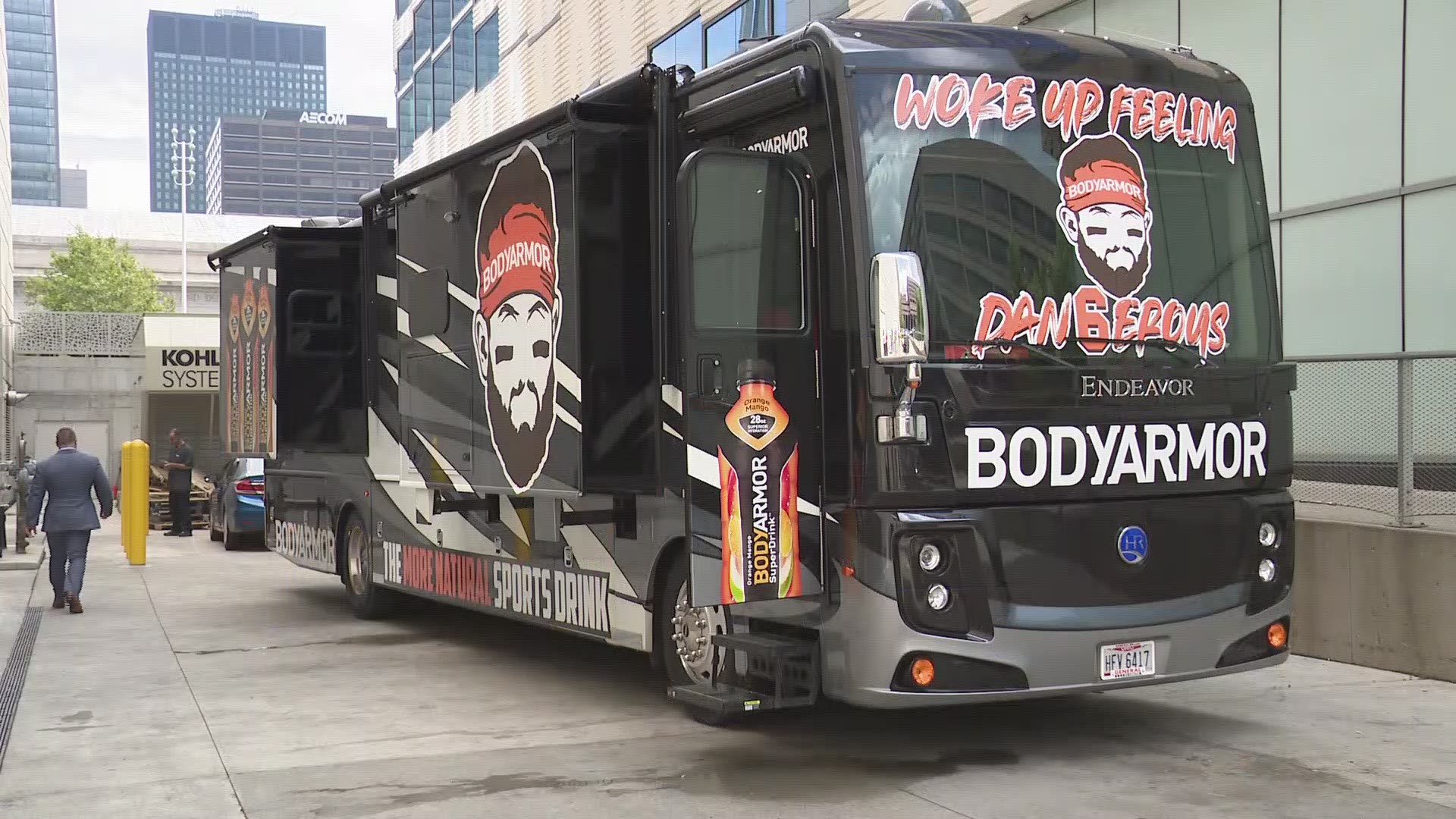 BEREA, Ohio — One might expect to find beer cans or video games on the table inside an RV belonging to a 24-year-old NFL quarterback. Not Baker Mayfield’s.

Step inside Mayfield’s new and improved RV, which serves as a private escape for Cleveland Browns quarterbacks during training camp, and you’ll find the table littered with marbles.

No, Mayfield hasn’t lost his marbles. He just enjoys playing them: 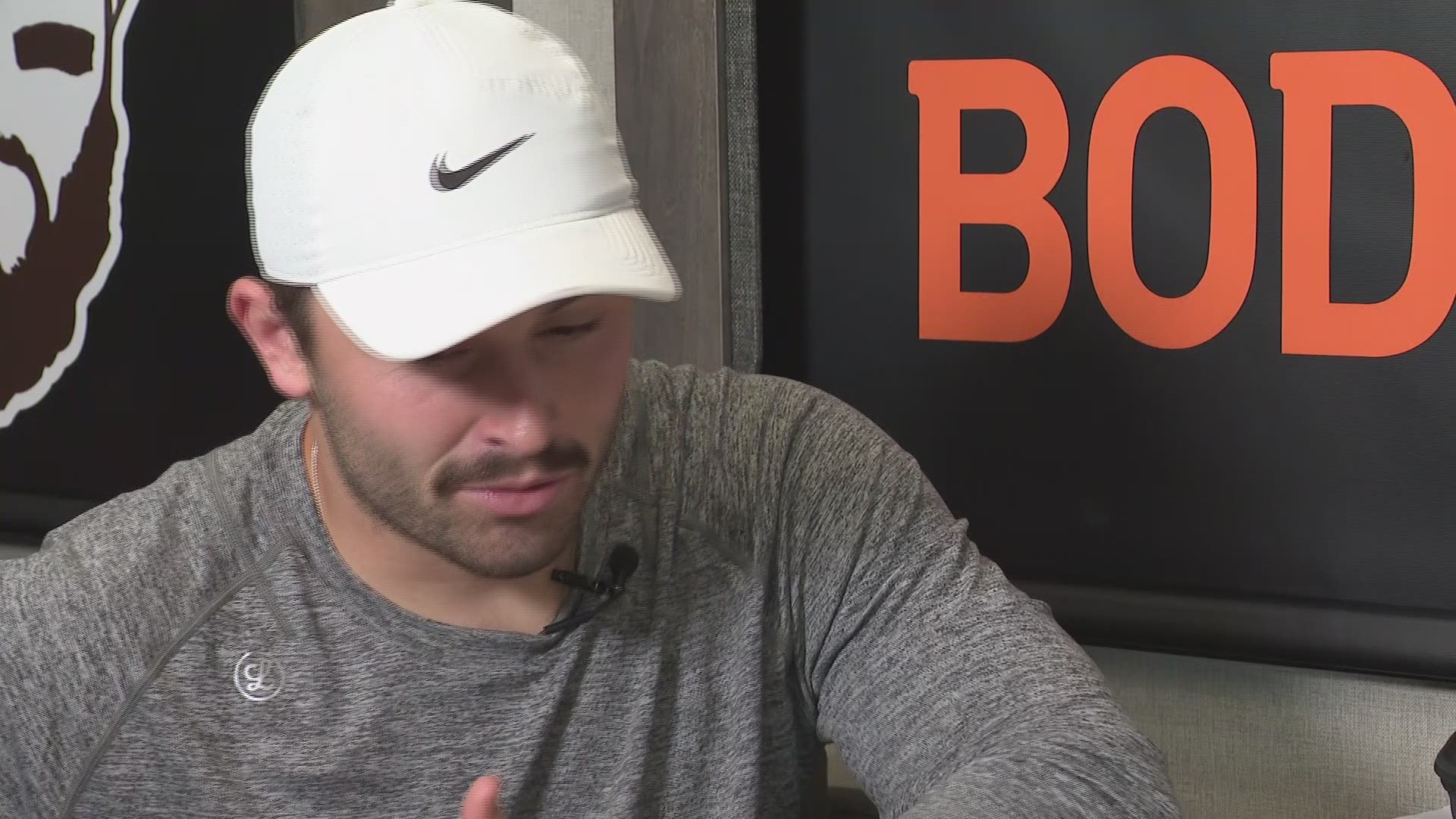 Mayfield showed off his set-up inside the RV to WKYC’s Jim Donovan for an exclusive interview Wednesday. You can see a tour of the RV in the video above.

Fans remember the RV used by Mayfield during the 2018 season, which was featured on HBO’s “Hard Knocks.” This year’s digs have been upgraded, thanks to BodyArmor.

Mayfield’s 2019 RV is sponsored by BodyArmor, meaning its fridge is stocked with the sports drink and its walls are covered in BodyArmor logos. The exterior windows showcase Mayfield’s likeness and his viral phrase, “Woke up feeling dangerous.”