FirstEnergy is alleged to be involved in the bribery scheme that resulted in Ohio House Speaker Larry Householder being arrested on Tuesday. 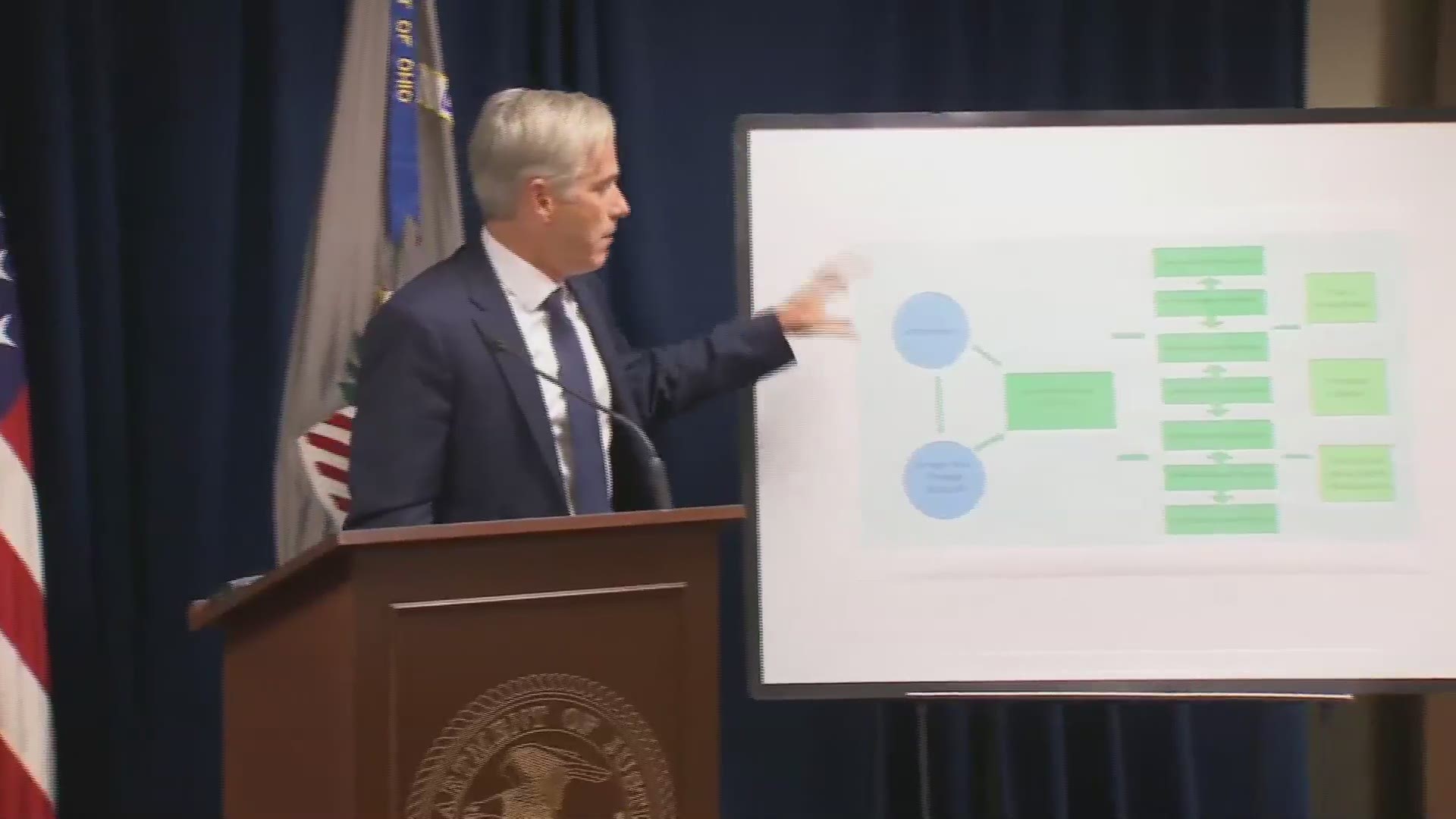 While U.S. Attorney for the Southern District of Ohio David DeVillers wouldn't name "Company A," he acknowledged to a room full of reporters that it wasn't difficult to decipher the identity of the company that is alleged to have paid bribes in a scheme that resulted in the arrest of Ohio House Speaker Larry Householder on Tuesday.

And with it now being understood that "Company A" is Akron-based FirstEnergy, several Cleveland Browns fans have taken to social media to call for the team to change the name of its home, FirstEnergy Stadium.

RELATED: 'A sad day for Ohio': DeWine calls on Householder to resign immediately

Are legal briefs always written like this, to omit some identifying info? Because it’s pretty easy to find out that Company A is FirstEnergy.

ICYMI. I guess I was more right than I knew =>From @laurahancock on Jul 23, 2019 .@KentKSmith says CLE @Browns stadium should not be named after FirstEnergy. It should be Ohio Taxpayers' Stadium. And then the Ohio Capital Square should give its naming rights to FirstEnergy.

The @Browns should rename FirstEnergy Stadium to Company A Stadium in honor of what the FBI has dubbed FirstEnergy Solutions. Hopefully the team got the naming rights fee up front 😬

FirstEnergy Stadium. The Browns should be looking for a new sponsor.

Time to rename FirstEnergy Stadium too.

The @Browns shouldn’t be in the company of racketeering and criminals.

According to an 81-page criminal complaint, Householder and four others received $60 million from Company A, which they used to promote Householder, pass House Bill 6, and defeat a ballot initiative to overturn the legislation. House Bill 6 bailed out Ohio's two fledgling nuclear power plants (including the Perry Nuclear Generating Station in Lake County).

Householder pushed hard for the bill's passage and offered praise when it narrowly cleared the General Assembly last July over the objections of even several of his Republican colleagues.

No FirstEnergy employees have been charged in the alleged scheme, which remains under investigation. In a statement, the company said: "This afternoon, FirstEnergy Corp. (NYSE: FE) received subpoenas in connection with the investigation surrounding Ohio House Bill 6. We are reviewing the details of the investigation and we intend to fully cooperate."

In 2013, FirstEnergy agreed to a 17-year, $102 million deal to buy the naming rights of what had previously been Cleveland Browns Stadium.