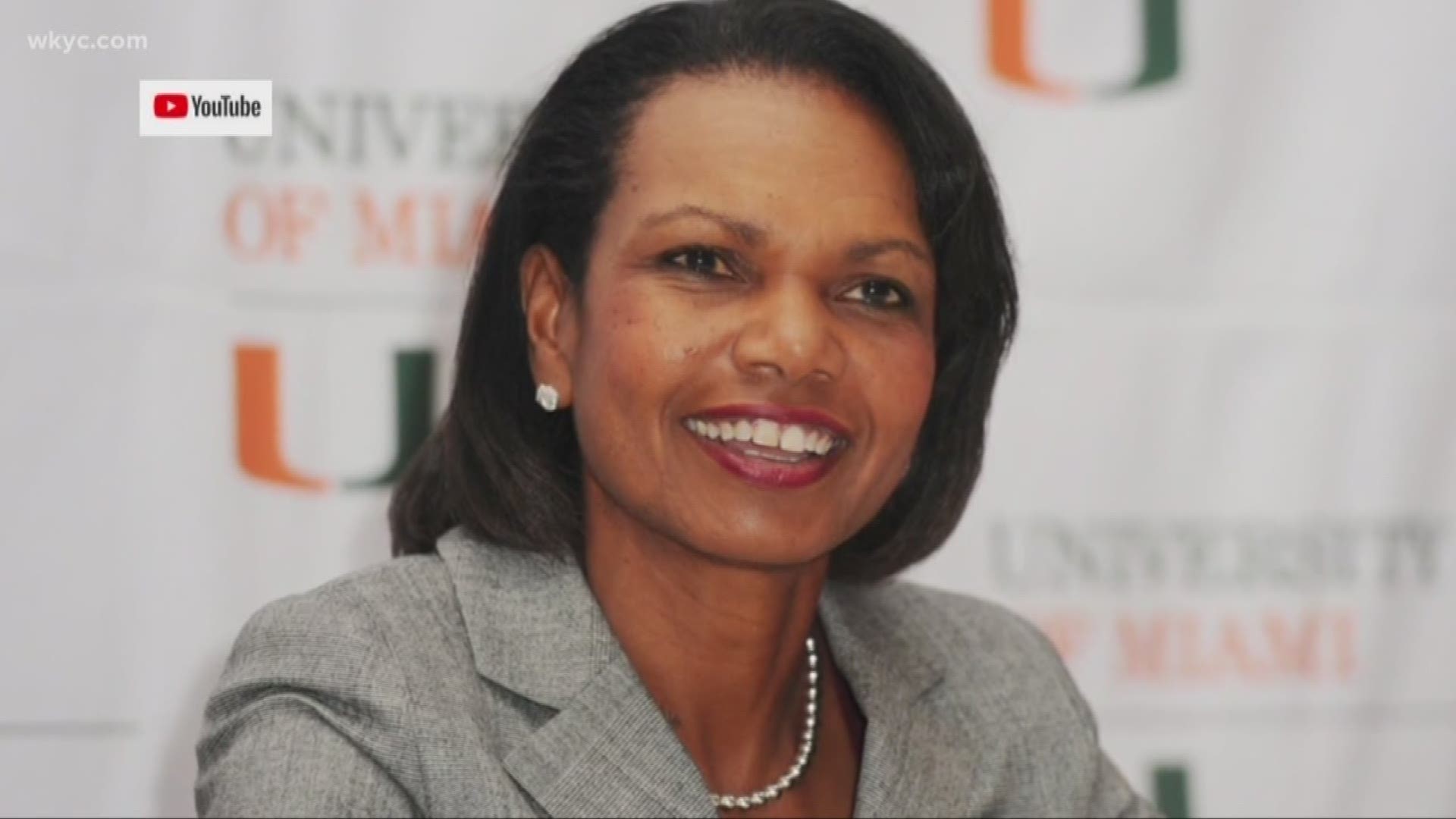 Since ESPN reported Sunday that a league source said the Cleveland Browns were interested in talking with former U.S. Secretary of State Condoleezza Rice about their coaching vacancy, curiosity has peaked about females already in the NFL coaching ranks.

To date, three women have been on NFL coaching staffs.

Kathryn Smith was the first woman to hold a full-time coaching job in the NFL, as she served as the Buffalo Bills’ quality-control coach in 2016. Currently, Kelsey Martinez (Oakland Raiders’ strength and conditioning assistant) and Katie Sowers (San Francisco 49ers offensive assistant) are on NFL coaching staffs.

Credit: Lachlan Cunningham
Offensive Assistant Coach Katie Sowers looks on during the warm up before the game against the Seattle Seahawks at Levi's Stadium in Santa Clara, California, on November 26, 2017.

Smith began her career in the NFL as an intern with the New York Jets in 2003, and became a college scouting intern in 2005.

After spending several seasons as a player personnel assistant for the Jets, and later, an administrative assistant with the Bills, Smith was selected by now-former Buffalo coach Rex Ryan as the special-teams quality-control coach for the 2016 season.

Martinez joined the Raiders’ coaching staff prior to the 2018 season, after four years as an assistant at Tom Shaw Performance, Inc. at ESPN’s Wide World of Sports in Orlando, Florida, where she worked alongside Oakland strength coach Tom Shaw.

Martinez worked specifically in the areas of speed and conditioning, where she created player-specific workouts for speed, agility and quickness. It was during her time in Orlando that Martinez worked with several current and future stars of Major League Baseball.

Sowers is in her third NFL season, and first as an offensive assistant with the 49ers.

After working with San Francisco’s wide receivers through the Bill Walsh Minority Fellowship in June of 2017, Sowers was a seasonal offensive assistant for the 2017 season before being added to the staff full-time.

Credit: Kirby Lee
Line judge Sarah Thomas (53) calls out instructions during an NFL football game between the Los Angeles Chargers and the Jacksonville Jaguars at EverBank Field in Jacksonville, Florida.

In addition to the coaching ranks, women are getting into officiating at the NFL level.

After 17 years of honing her craft at the collegiate level, Sarah Thomas was named a finalist for a permanent NFL officiating position in 2013, and two years later, was selected as the first female official in league history.

Thomas started her career as a line judge during the 2015 season, and two years later, was promoted to down judge, formerly known as the head linesman position.

While many Browns fans thought the potential hiring of Rice was far-fetched, Martina Latessa still appreciates that the ESPN report is bringing more attention to the coaching abilities of women.

Latessa is a Cleveland Police detective, but in her spare time, she's the running back coach for the Cleveland Fusion. The all-female, full-contact professional football team was founded in 2002, and plays in the Women's Football Alliance.

"Do I think the Browns were going to hire her? No," she said. "But maybe it took this story -- it got us talking. It got everybody talking."

In Latessa's mind, the ability to be a good coach has nothing to do with gender.

"The football skill is one thing, and knowing the game is another. But you can't teach that leadership," she said.

"You can't teach somebody how to inspire. You either have it, or you don't."